Researchers have discovered a diverse set of bacteriophages in tissue samples from marine sponges, which are known to host abundant endosymbiotic bacteria (A). In vitro experiments revealed that a peptide made by a subset of the sponge-borne viruses, known as ankyphages, appears to help suppress immune responses in murine macrophages when taken up and displayed, or expressed and secreted, by E. coli (B)—bacteria with the peptide were less likely to be consumed by the immune cells than were controls. The results suggest that ankyphages could facilitate the cohabitation of commensal bacteria with their eukaryotic hosts. 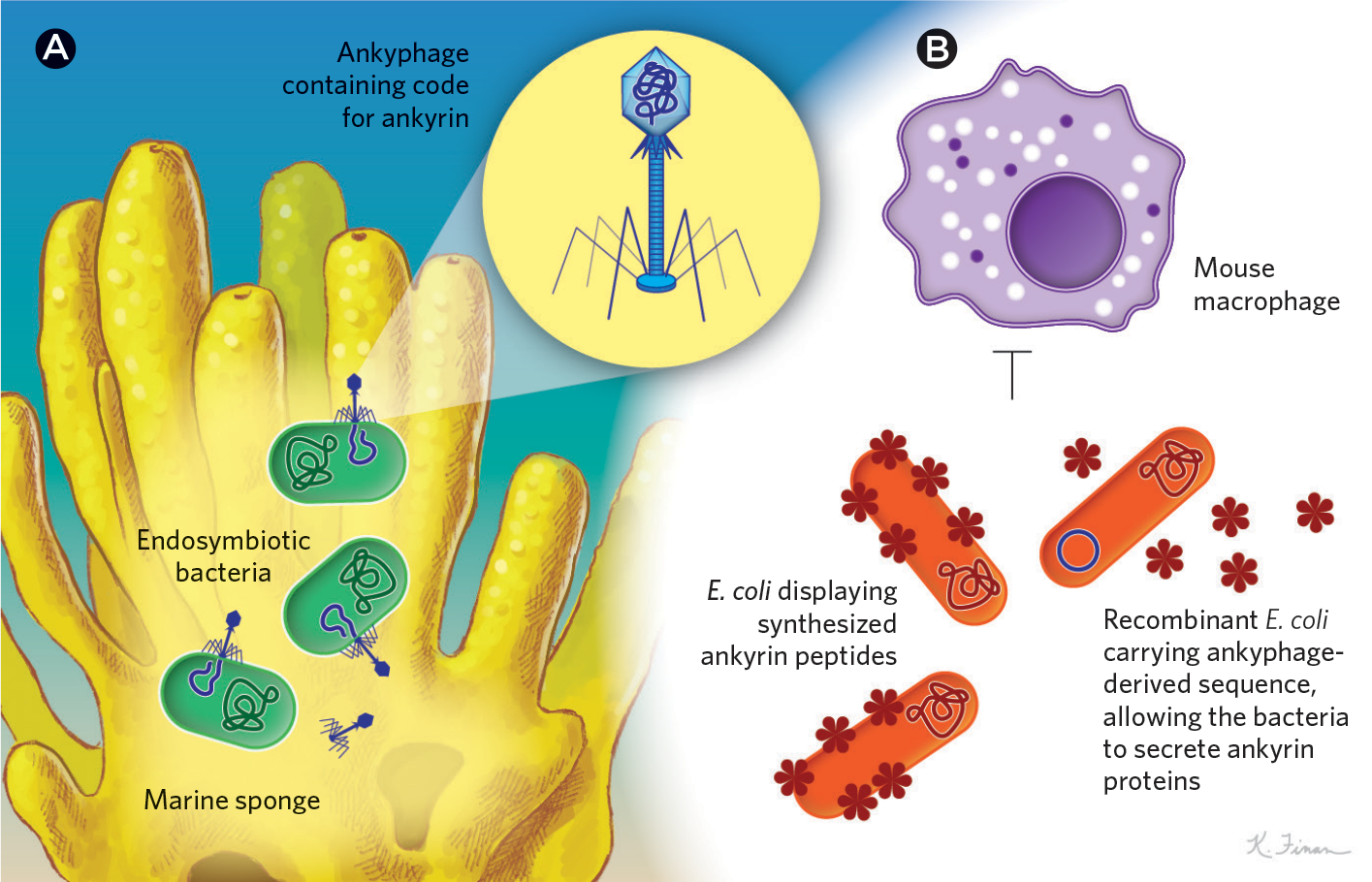