African swine fever virus is transmitted by ticks of the genus Ornithodoros to common warthogs (Phacochoerus spp.) when they feed on the wild animals’ blood. Domestic pigs (Sus scofra domesticus) can catch the virus through tick bites in areas of Africa where warthogs exist, as well as through contact with contaminated food or materials. In Eastern Europe, where the disease is also endemic, pigs can contract ASFV by coming into contact with bodily fluids or carcasses of infected wild boar (also Sus scofra).

Since the late 2000s, ASFV is thought to have gained a foothold in Europe, especially the eastern part of the continent where infections often spill over to small-scale pig farms. It’s not yet clear whether ASFV has infected wild boar populations in China or other East Asian countries it has spread to. If it has, the virus will be near-impossible to eradicate there. 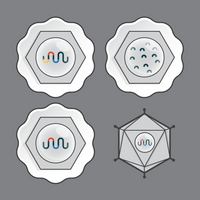 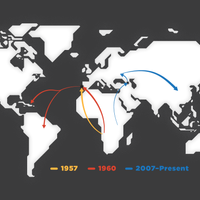