Scientists have identified several key neurobiological pathways with ties to suicidal behaviors. Research in the field addresses only a fraction of the complexity of this serious public health problem, and the literature on the topic is complicated by variation in study design, but the clues point to several interacting moderators of suicide risk. Three of the systems best-studied in relation to suicide are depicted below.

Many studies have linked suicidal behaviors to dysregulation of the hypothalamic-pituitary-adrenal (HPA) axis and other mediators of the body’s responses to stress.

Neural communication via serotonin and other neurotransmitters such as glutamate often shows signs of dysregulation in people who die by suicide.

Disruption of serotonin signaling has repeatedly been found in the brains of people who die by suicide.

Levels of the serotonin transporter SERT, which shuttles serotonin back into the presynaptic neuron, may be lower in people who die by suicide.

Levels of the serotonin receptors 5-HT1A and 5-HT2A may be higher in people who attempt or die by suicide.

People who die by suicide show signs of increased inflammation in the brain while epidemiological data reveal that some inflammation-related health conditions are associated with higher suicide risk. 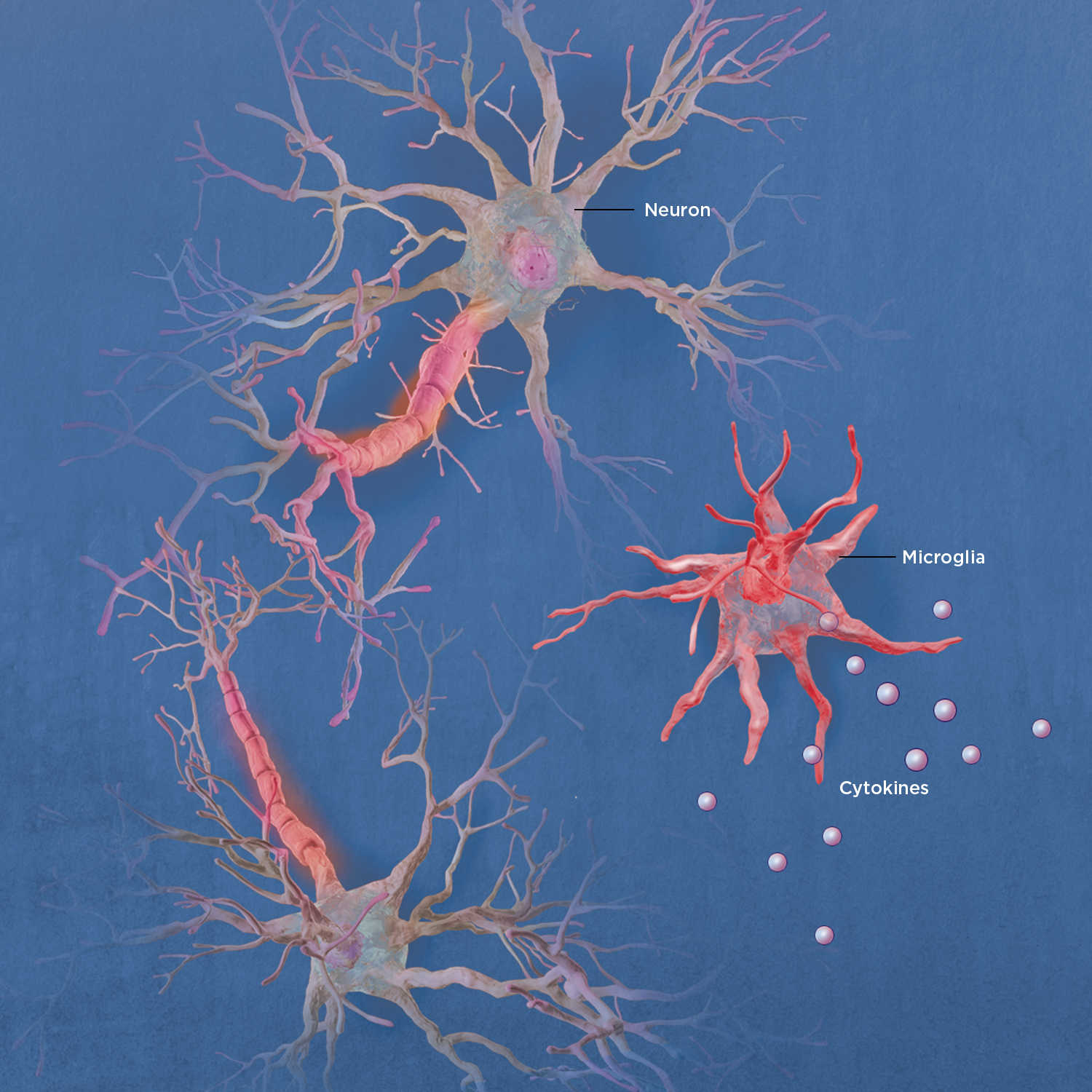 The brains of people who die by suicide show higher levels of microglia activation.

Blood levels of inflammatory cytokines, particularly some types of interleukins, have been found at higher levels in people who attempt suicide.