During morphogenesis, cells cooperate to reliably build anatomical structures. Many living systems remodel and regenerate tissues or organs despite considerable damage—that is, they progressively reduce deviations from specific target morphologies, and halt growth and remodeling when those morphologies are achieved. Evolution exploits three modalities to achieve such anatomical homeostasis: biochemical gradients, bioelectric circuits, and biophysical forces. These interact to enable the same large-scale form to arise despite significant perturbations.

Recent work from our group and others has demonstrated that anatomical pattern memories can be rewritten by physiological stimuli and maintained indefinitely without genomic editing. For example, the bioelectric circuit that normally determines head number and location in regenerating planaria can be triggered by brief alterations of ion channel or gap junction activity to alter the animal’s body plan. Due to the circuit’s pattern memory, the animals remain in this altered state indefinitely without further stimulation, despite their wildtype genomes. In other words, the pattern to which the cells build after damage can be changed, leading to a target morphology distinct from the genetic default. 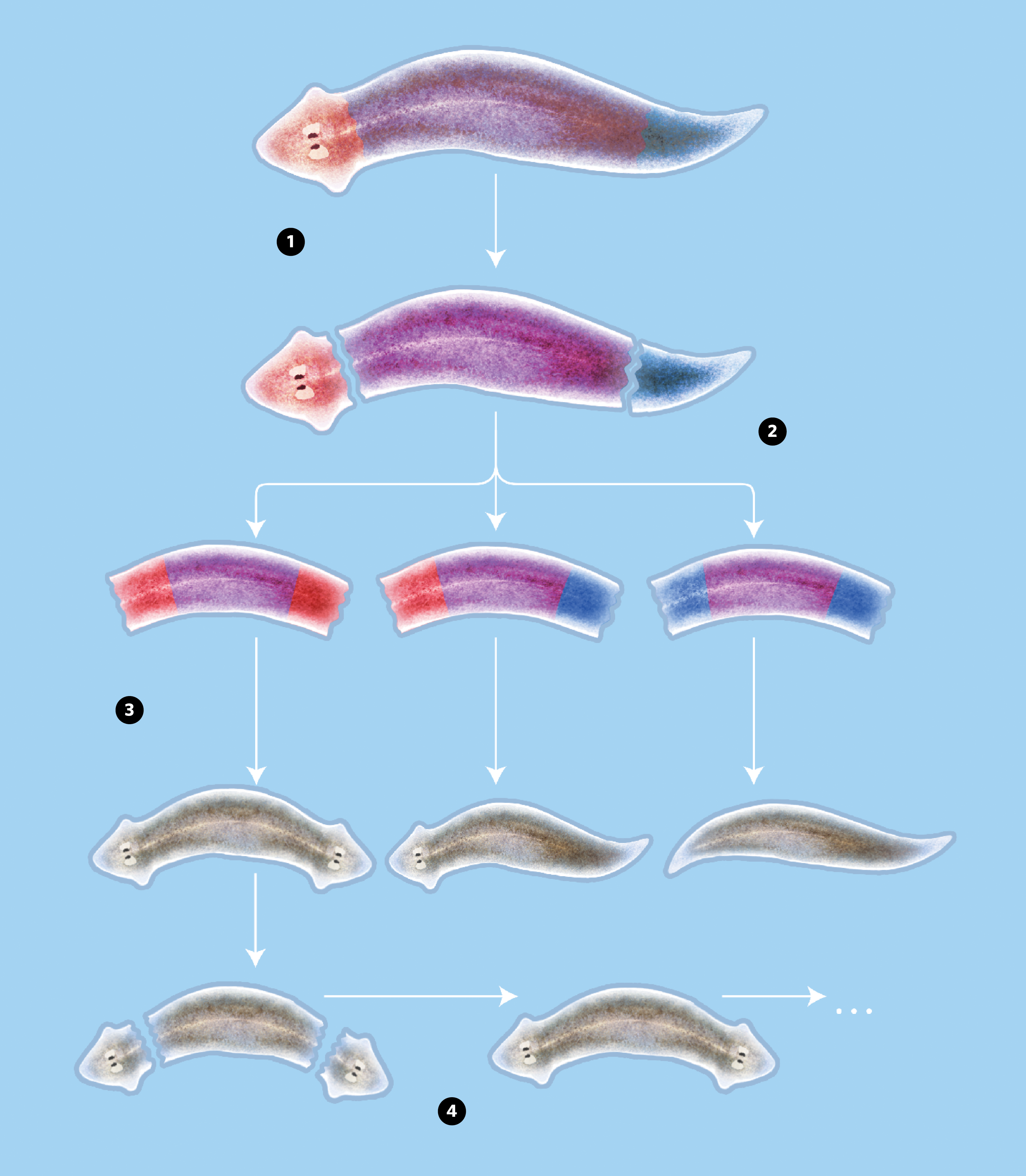