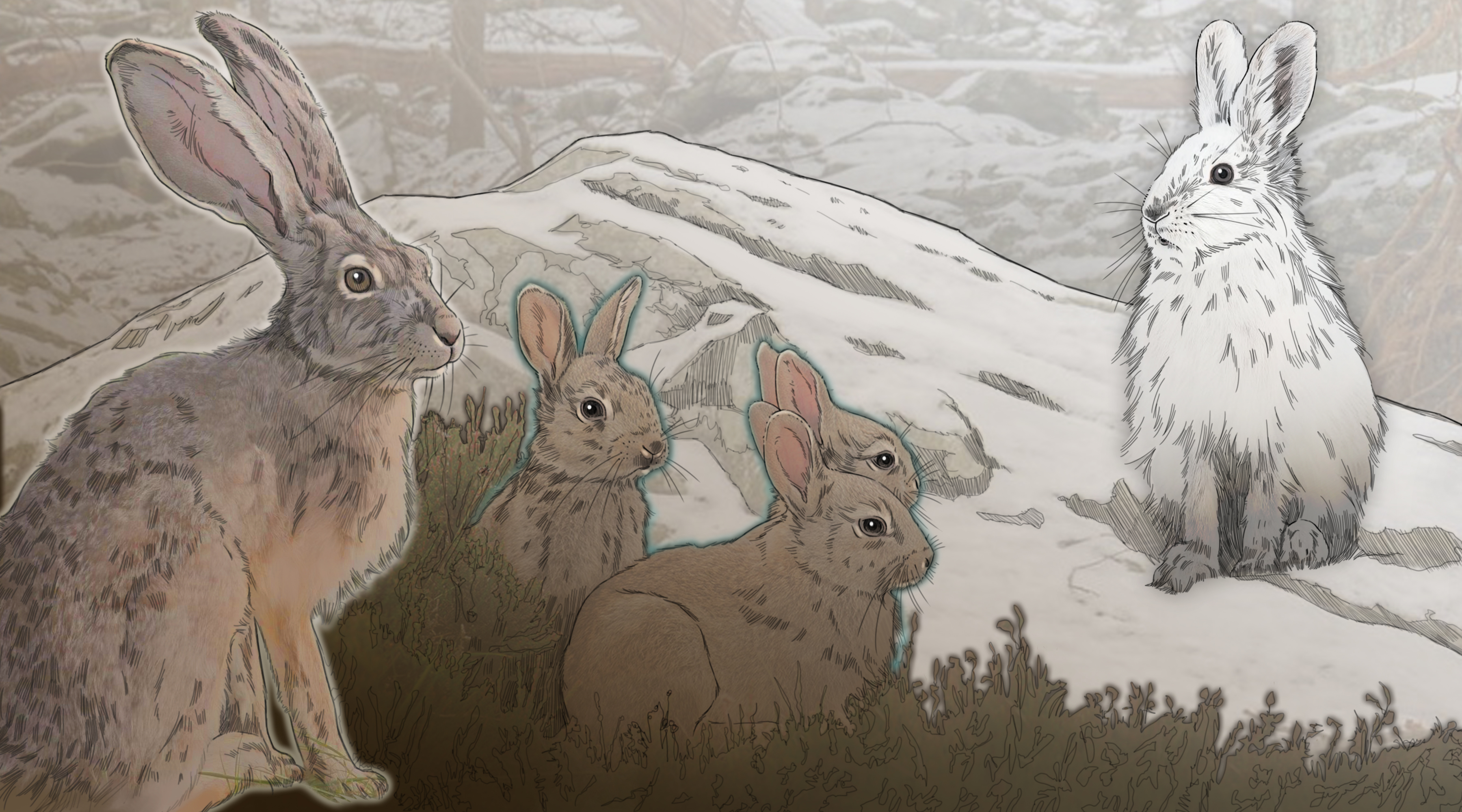 At some point in the past, black-tailed jackrabbits (Lepus californicus) and snowshoe hares (L. americanus) crossbred, with the hybrids mating again with snowshoe hares. A combination of whole-genome and whole-exome sequencing revealed that the resultant hares retained a variation of the Agouti gene that led to brown, rather than white, coat color in hare populations experiencing mild, less snowy winters, allowing them to better blend into the drab surroundings of dirt and dead leaves. 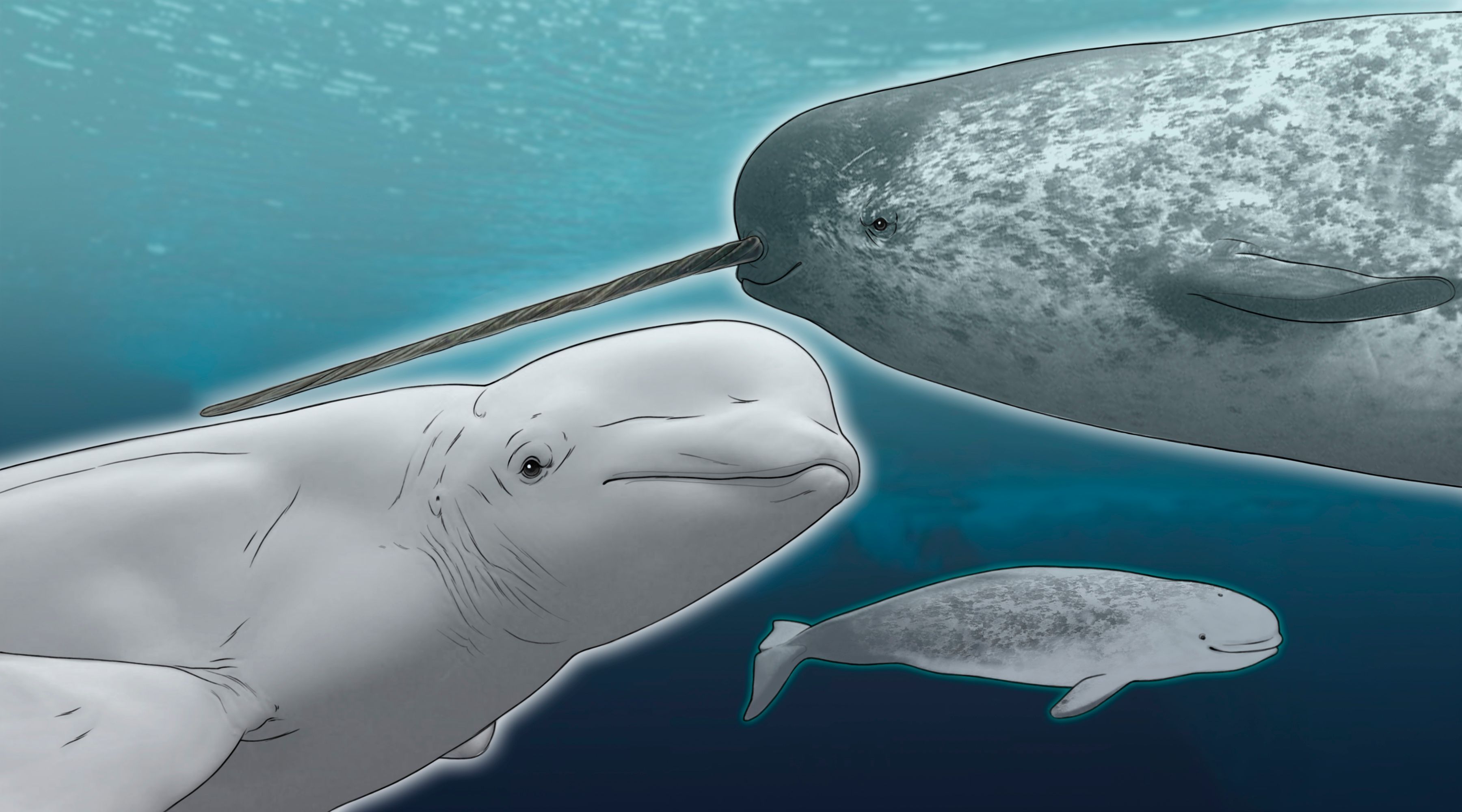 A genetic analysis of a rare skull found at the Natural History Museum of Denmark showed that in the past few decades a male beluga (Delphinapterus leucas) and a female narwhal (Monodon monoceros) mated, creating a hybrid called a narluga that looked a bit like both. The animal’s 18 teeth were small, like a beluga’s, and twisted, like a narwhal’s tusk. Those teeth may have changed the way the narluga fed, not hunting on cod, squid, and shrimp in the water column as both of its parents did, but instead feeding off the bottom. Its teeth may have allowed it and others like it to occupy a different ecological niche than its parents. 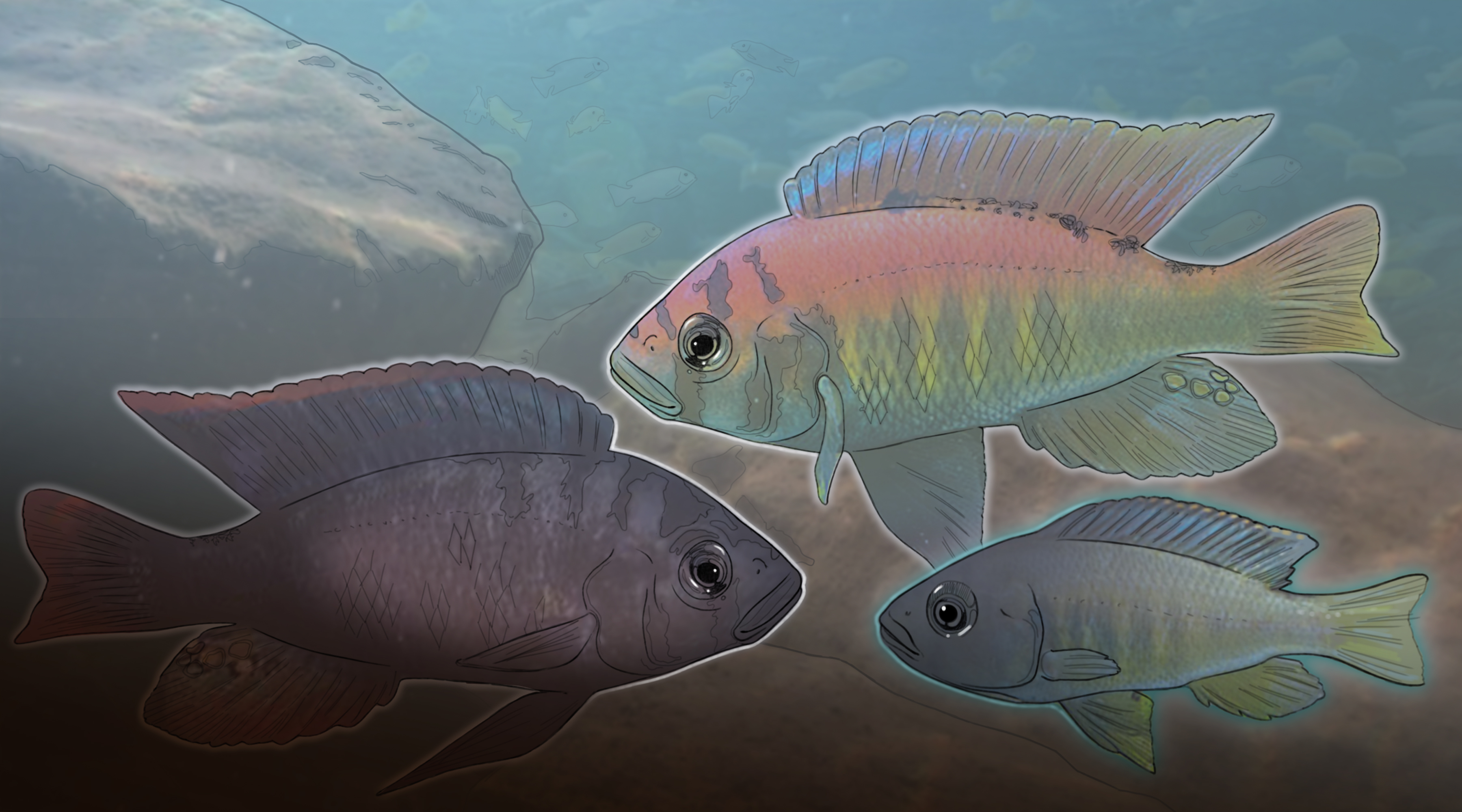 When the waters in Lake Victoria in Africa became increasingly murky in the 1990s after mineral and farm runoff levels increased, two species of cichlids (Haplochromis nyererei and Neochromis sp. Bihiru scraper) no longer selectively mated with conspecifics, whom they had previously identified based on color. They hybridized readily, and others in the lake did too, creating new species, some of which have adapted to the altered ecological niches better than their parent species have.