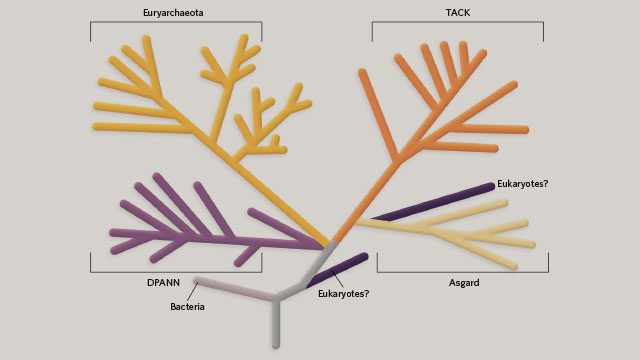 Thanks to a wealth of new genomic sequence data, the family tree of Archaea, which encompassed just two phyla 16 years ago, has exploded in recent years. It now includes more than a dozen phyla, organized into four informal “supergroups,” based mostly on sequence similarities. Scientists have yet to determine precisely how novel archaea should be classified. Also in dispute is how Eukarya fit into the picture—some scientists suggest they’re an offshoot of a branch known as Asgard archaea, while others suspect they diverged from Archaea earlier on. Researchers predict the tree will sprout many more branches in the years to come.

Bacteria typically possess one chromosome with one origin of replication. Eukaryotes have multiple, paired chromosomes with numerous origins on each. Archaea straddle the divide: while they typically have one main chromosome, it often replicates from multiple origins. 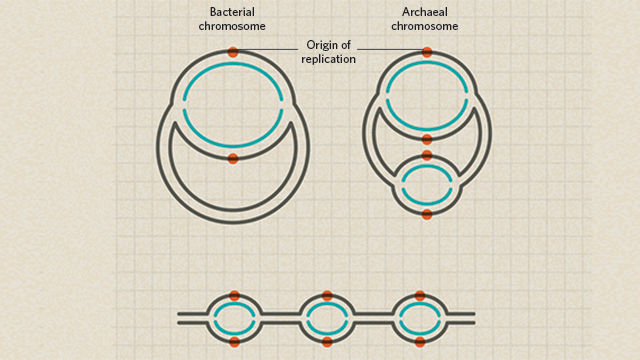 Some archaea also have the unique ability to adopt an alternate version of DNA replication initiation. Across all domains of life, DNA replication starts when initiation proteins bind the origin of replication; deleting the origins typically slows growth or halts cell division entirely. But in the archaeon Haloferax volcanii, deleting the origins causes faster growth. H. volcanii replicates its genome in a way similar to homologous recombination, in which two matching chromosomes swap strands to create a replication fork, though the details of this process are still being worked out (Nature, 503:544-47, 2013). 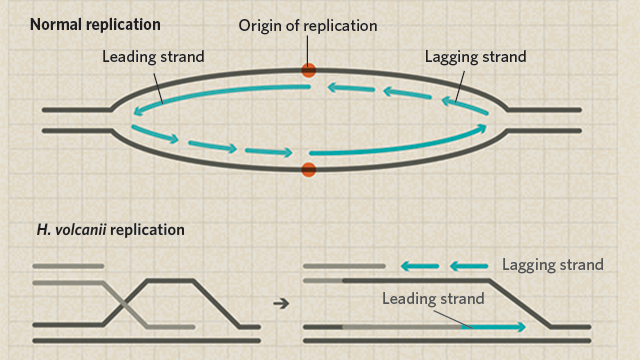 Archaea can possess megaplasmids—hundreds of kilobases in size—that contain crucial genes. Some species are haploid like bacteria but many exhibit varying degrees of polyploidy. Many archaea use histones, as eukaryotes do, to organize their genomes, but some rely on alternative Alba proteins. 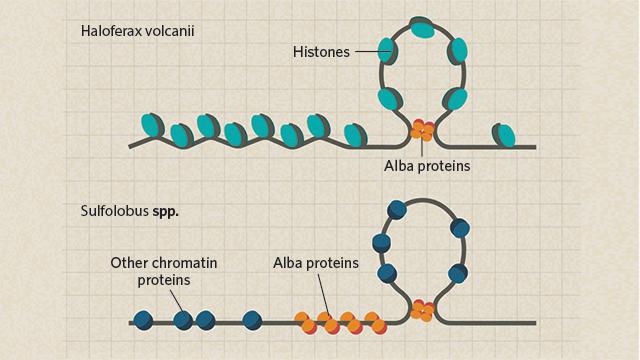 Some archaea divide via a mechanism similar to that of bacteria, using the cytoskeleton-like protein FtsZ to form a ring at the eventual division site (left). Others use homologs of eukaryote proteins, such as ESCRTs, to help separate daughter cells (right). Still others lack both of those systems, so they presumably have a distinct, as-yet-unknown mechanism, possibly relying on a form of actin. 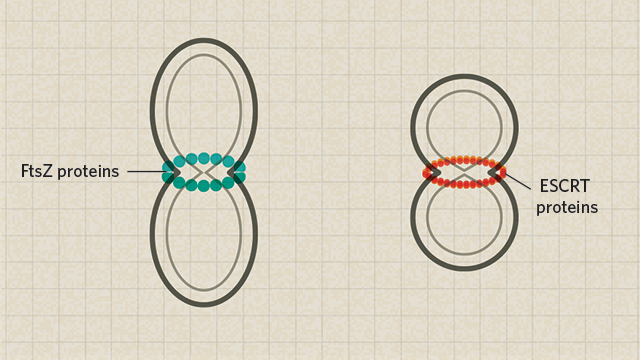