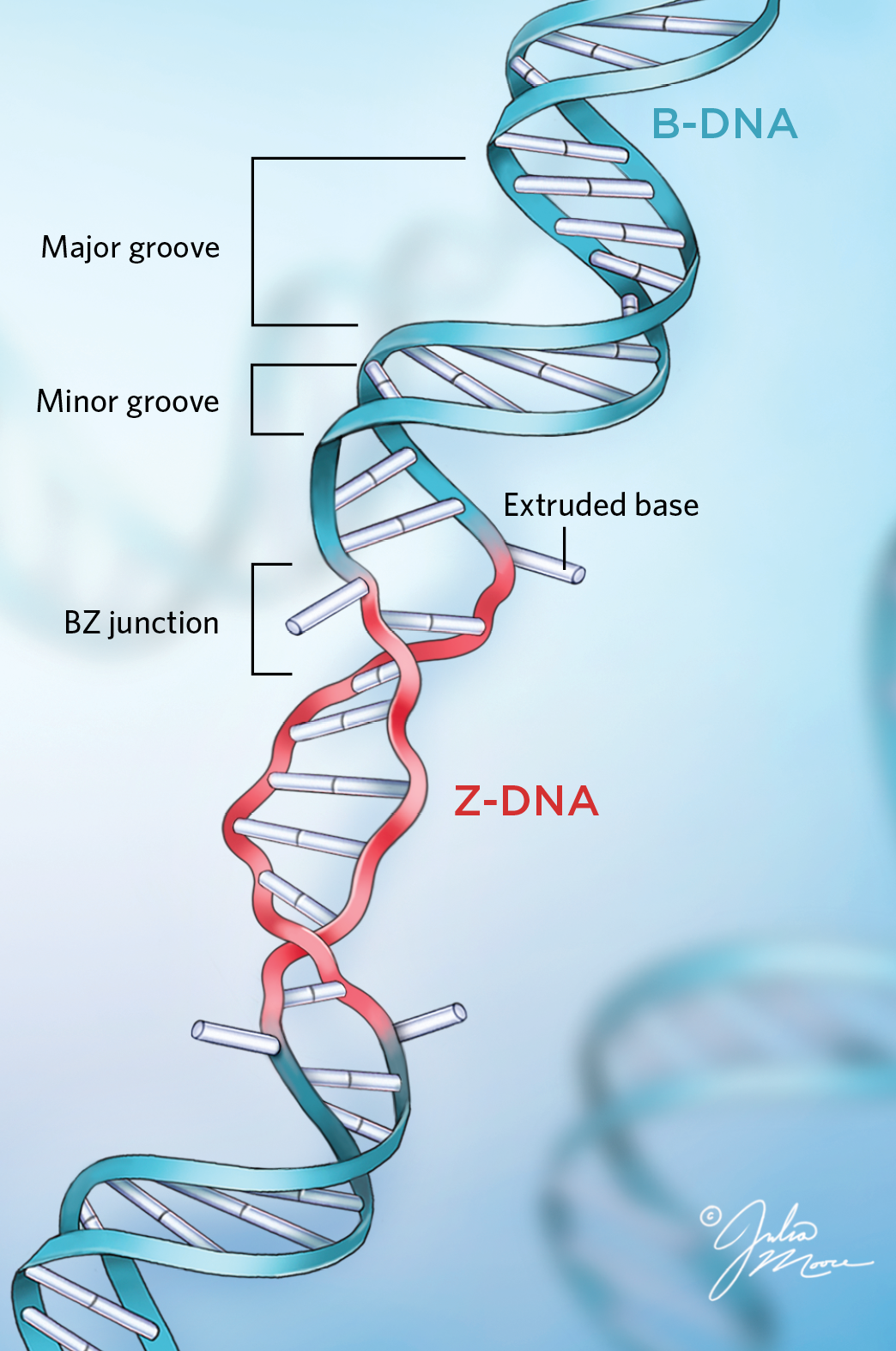 The left-handed Z-DNA double helix is held together by traditional Watson-Crick base pairs, but unlike righthanded B-DNA, which has major and minor grooves between the twists of its sugar-phosphate backbones, Z-DNA’s grooves show little difference in width. In addition, every other base in a stretch of Z-DNA takes on a different orientation relative to the sugar backbone than the arrangement in B-DNA, giving this alternative form of DNA the zig-zag shape for which it was named.

Z-DNA exists transiently in short stretches of up to 100 base pairs within some right-handed DNA molecules. The site where the DNA molecule switches chirality is called a B-Z junction. At this point in the polymer, one A-T base pair projects to the outside of the double helix.

Z-DNA is linked to control of the interferon immune response through the RNA-editing enzyme ADAR1, which contains a Z-DNA binding domain called Zα. By editing double-stranded RNAs (dsRNAs), produced by stretches of repetitive DNA known as Alu elements, ADAR1 limits the interferon immune response normally caused by the dsRNA molecules. Recent work has shown that Z-DNA regions provide ADAR1 binding sites, allowing dsRNA editing to be localized to areas where dsRNA is produced following transcription. Genetic mutations of the Zα domain have been linked to serious neurodevelopmental disorders that are caused by the overproduction of type 1 interferons.

Rachel Brazil is a freelance science writer from London, UK. Reach her on Twitter @RachelBBrazil.