Physical forces generated outside a cell can be transmitted to the cytoskeleton via cell-surface receptors known as integrins and associated protein complexes called focal adhesions. Once believed to act over only short distances, such forces are now recognized to propagate tens of microns across cells via cytoskeletal filaments such as actin stress fibers and microtubules.

Such forces can even travel all the way to the nucleus, where they may influence gene expression. On the outside of the organelle, the nuclear envelope is tethered to the actin cytoskeleton via the LINC (linker of nucleoskeleton and cytoskeleton) complex. Just inside the envelope, the nuclear lamina comprises a layer of intermediate filament proteins called lamins that are critical for force-induced changes in gene expression. Forces can also affect the translocation of certain molecules through the nuclear pore complex. 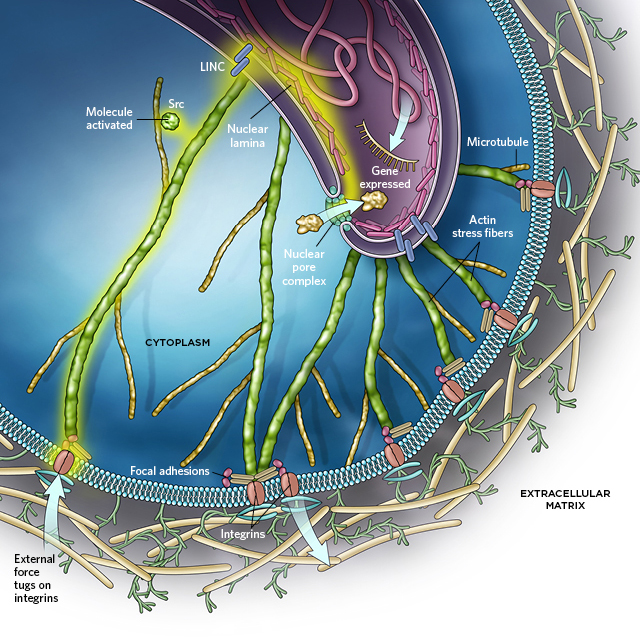