Scientists have documented examples of corals “remembering” prior exposure to heat stress in the field, and are now simulating these phenomena in the lab to better understand their cellular and molecular underpinnings.

Corals reefs worldwide are exposed to increasingly frequent and severe warming events that can lead to catastrophic bleaching when coral organisms eject their algal symbionts. But scientists have noted that some reefs bounce back after such warming events and often fare better during subsequent temperature increases, even if they are hotter or longer than previous ones. This phenomenon—whereby an organism modifies its response to past abiotic stimuli—has been termed “environmental memory,” and researchers are working to understand how and why certain corals may have a greater capacity for memory than others. 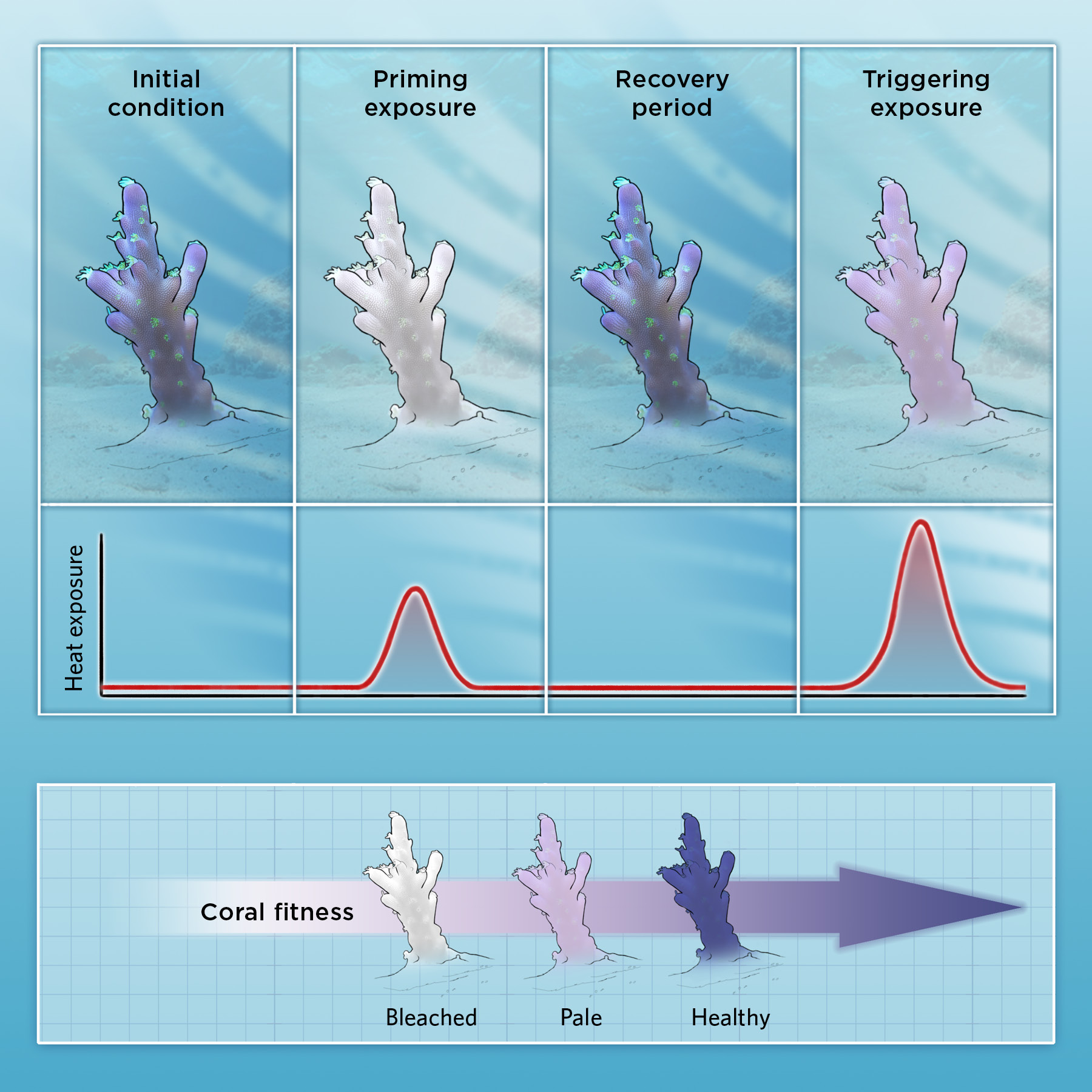 Corals in the wild have demonstrated an ability to “remember” their past exposure to heat stress, thereby helping them fare better during subsequent bleaching events. To understand this so-called environmental memory, scientists are studying the phenomenon in the laboratory and have uncovered multiple ways in which corals may remember previous exposure to heat stress. Corals might also be capable of passing on their memory to their offspring, although the mechanism for that specific process remains unknown. 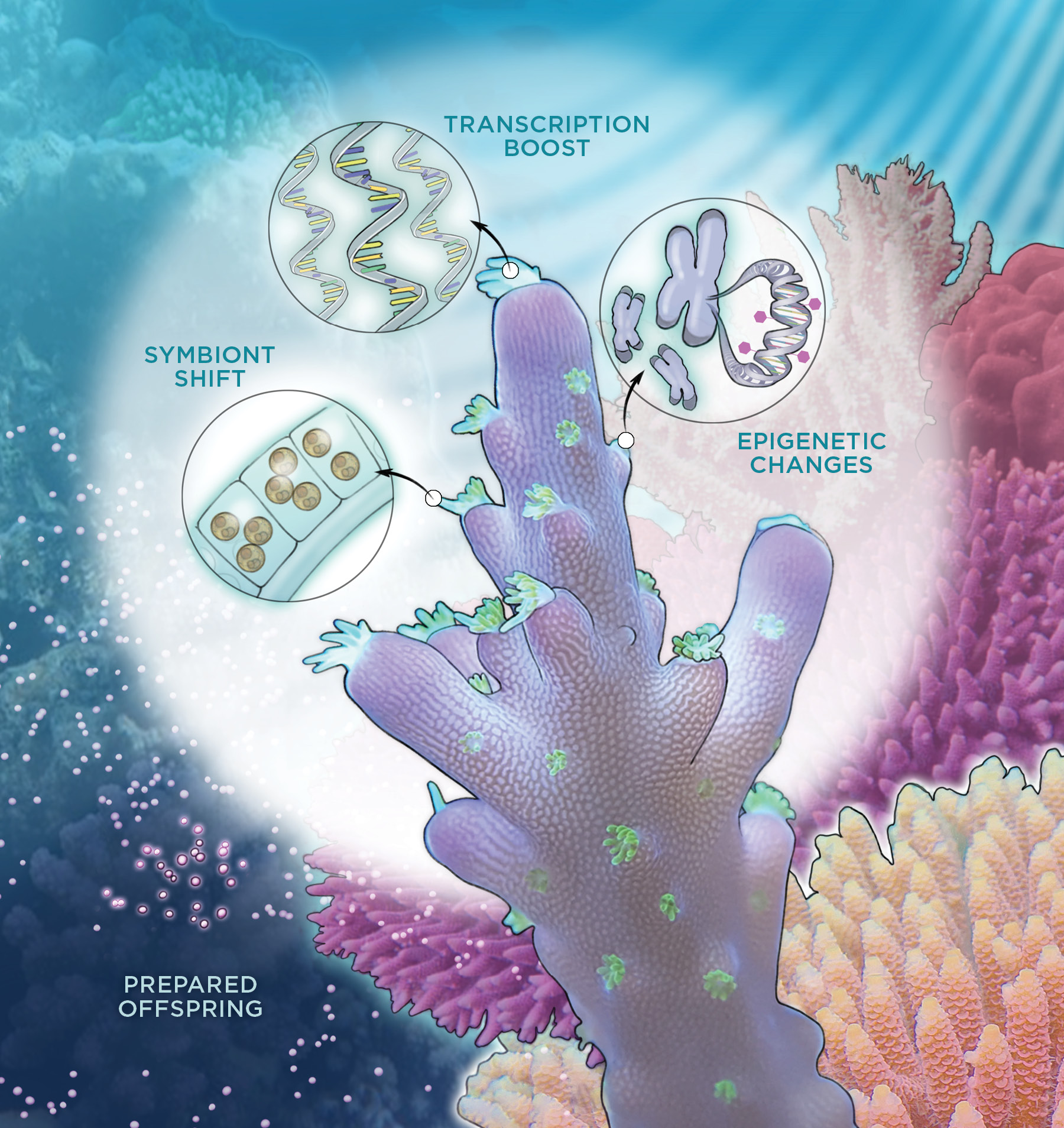 Some coral species undergo a shift towards a more tolerant clade of symbiotic algae in response to heat stress.

Corals can “frontload” the expression of genes involved in apoptosis, the heat shock response, and oxidative stress, among others.

Exposure to heat can sometimes alter the amount of DNA methylation in a coral’s genome.

Preliminary evidence suggests that the larvae of corals that experience bleaching are better able to tolerate subsequent heat stress.