Scientists are only just beginning to understand how parasitic helminth worms inhabiting the mammalian intestine and other tissues manipulate their hosts. In at least some cases, helminths may help dampen inflammation, and researchers are pursuing new therapies for autoimmune and inflammatory conditions that tap into worm-mediated signaling. A selection of the species—some of which infect animals other than humans—and proposed mechanisms, based mainly on in vitro and animal studies, are illustrated below. 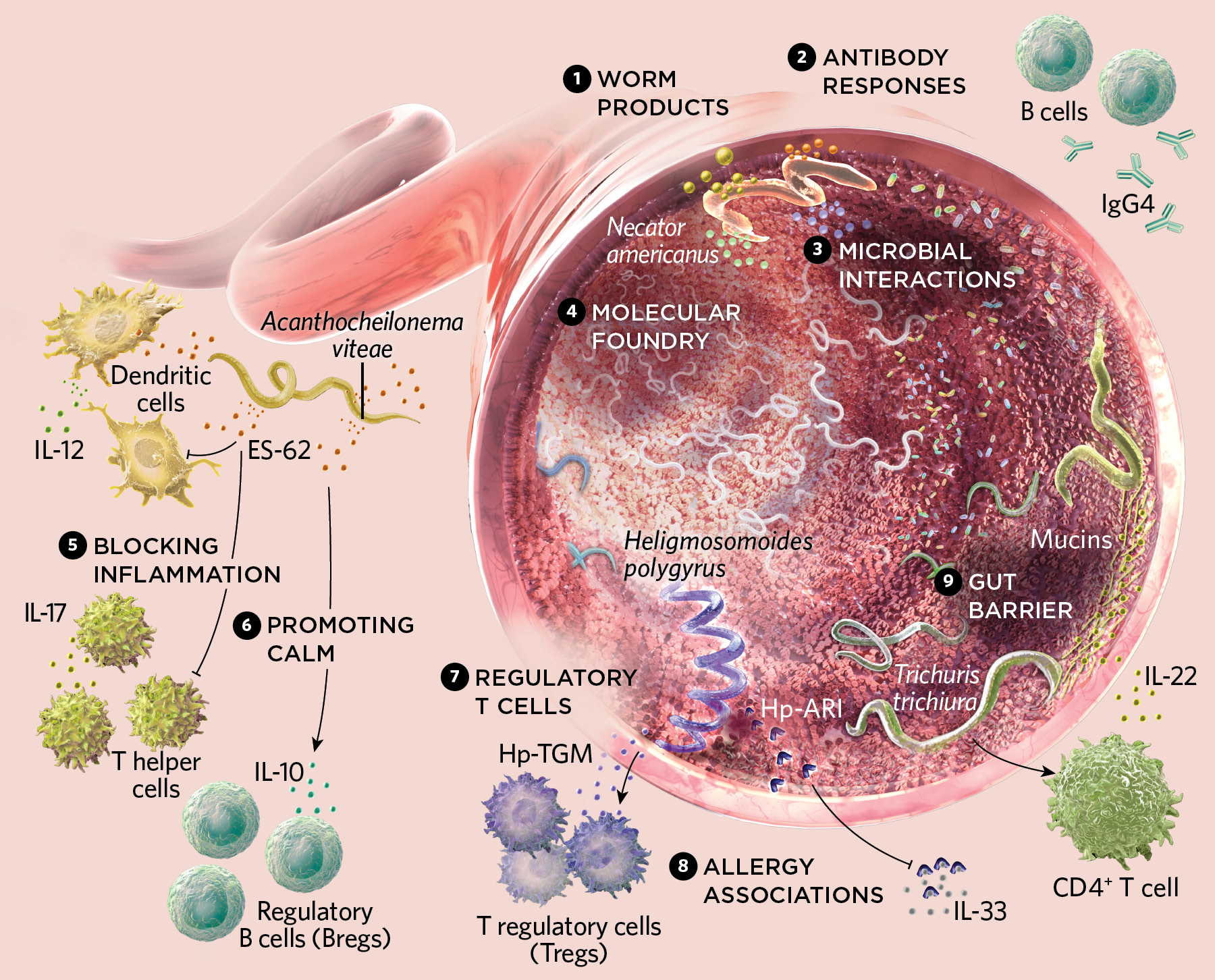