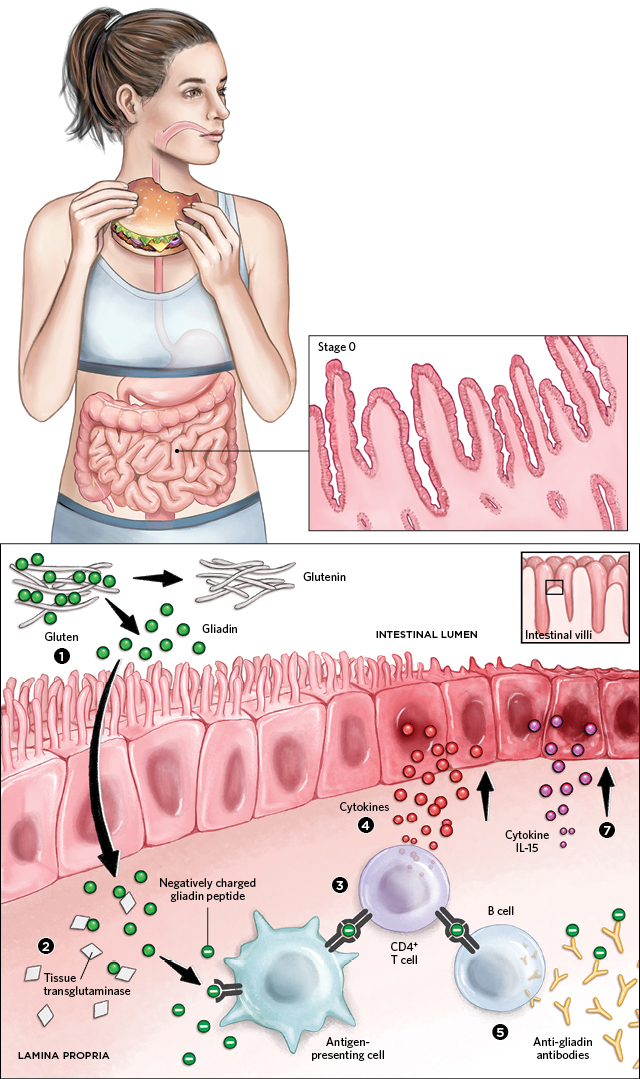 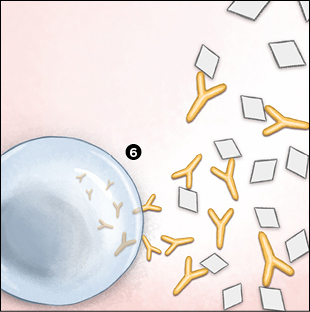 © JULIA MOOREIn the small intestine, gluten proteins are broken down into their component glutenins and prolamins (1). In celiac patients, the prolamin component of wheat, gliadin, passes into the lamina propria, a layer of tissue underneath the intestinal epithelium, and is processed by an enzyme called tissue transglutaminase (2). The resulting negatively charged gliadin peptides are  picked up by antigen-presenting cells that display them for assessment by the immune system (3). When CD4+ T cells recognize gliadin, they release cytokines that trigger inflammation (4) and stimulate B cells to produce antibodies that target gliadin (5) as well as autoimmune antibodies that target tissue transglutaminase (6). In addition, gliadin triggers upregulation of the cytokine IL-15  in the lamina propria and gut epithelium, prompting further inflammation (7). Together, these responses cause considerable atrophy of the intestinal villi—projections of the small intestinal wall that facilitate efficient absorption...

High blood levels of autoimmune antibodies directed against tissue transglutaminase are an indicator of celiac disease, though the most definitive way to diagnose celiac disease is by identification of intestinal villous atrophy from a biopsy.

A blood test can be used to screen for the presence of tissue transglutaminase antibodies, which can indicate celiac disease, but a diagnosis is only confirmed with an intestinal biopsy. Doctors take samples of the small intestine lining and quantify villous atrophy on a scale known as the Marsh Score from 0 to 4, where 0 represents normal villi covered with invaginations, and 1 through 4 denote increasing levels of atrophy. Stages 1 and 2 represent possible celiac disease, stage 3 signifies symptomatic celiac disease, and stage 4 reflects total atrophy. 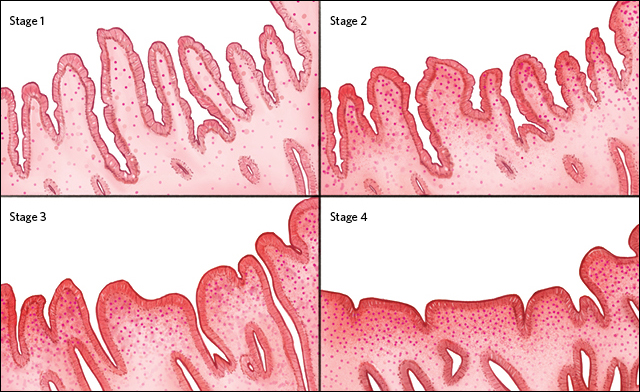