Over the past two years, hundreds of gray whales have washed ashore along North America’s west coast. Researchers are learning that the answer to the question of why these whales are dying is complex, but likely involves warming ocean waters and melting Arctic sea ice brought on by climate change. So far, the evidence is circumstantial, and scientists are still seeking more-definitive data about what’s killing the marine giants. 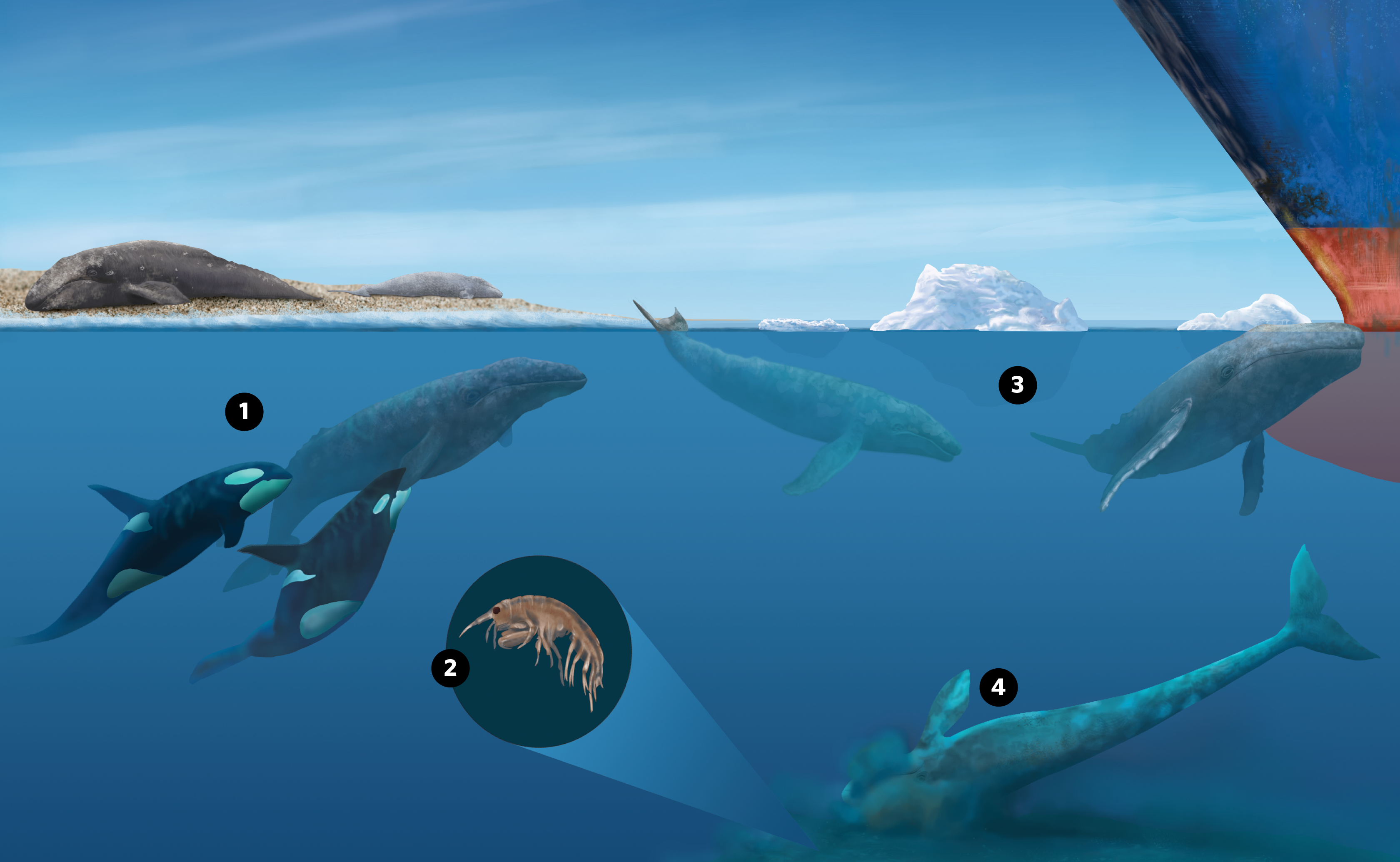 To investigate the deaths of gray whales, researchers have been tracking where they wash ashore along their migration route from Mexico to Alaska. The whales spend summers in the Arctic, where they dine on crustaceans called amphipods that live at the seafloor. Each whale can consume more than 2,000 pounds of food a day, amassing fat to fuel their yearly migration down to warmer waters off the Baja Peninsula, where they spend winters breeding and giving birth. During their 24,000-mile roundtrip journey, the whales eat almost nothing. Only occasionally along the way will they stop at snacking stations, skimming surface sea waters for squid, krill, crab larvae, and herring roe. Those snacks can often be enough for a whale to survive its yearlong fast, but may “not be enough for a pregnant female to bring a calf to term,” Moore says, or produce enough nutritious milk to support the growth of the baby’s blubber before making the trek back north. Sure enough, yearlings and adolescents accounted for most of the 2019 strandings. 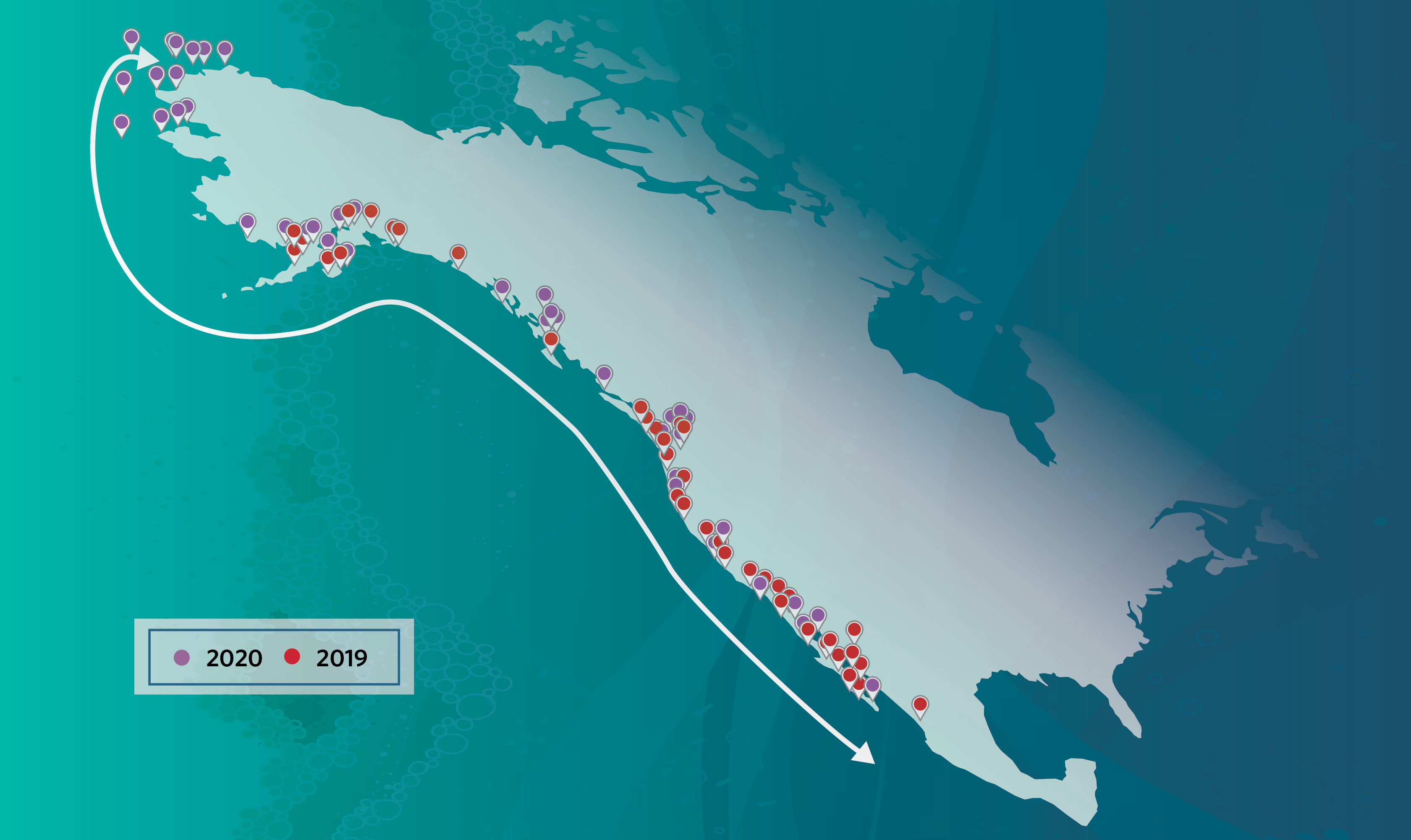