Psychologist Beatrice Gelber conducted experiments in the 1950s and 1960s to test for associative learning in Paramecium aurelia. In her main trials (top row, image below), she reported that, while the single-celled ciliates (green) ignored a bare wire dipped into their microscope slide, they swam over when she coated the wire in bacteria (red), which Paramecium eats. After several such sessions, she put bare wire back into the liquid, and reported that the protozoans still swam over, suggesting to her that they’d learned to associate the wire with food. Gelber ran controls to try to exclude other explanations: in one, she didn’t present the wire or any food during the training period (bottom row); in another, she presented bare wire instead of bacteria-covered wire (middle row). Neither of the control conditions resulted in learning, she concluded. Her critics said that she failed to control for other confounding factors, such as bacteria-induced changes to the liquid. Many other researchers rejected her findings on the grounds that it was physiologically implausible that such a biologically simple organism could learn at all. 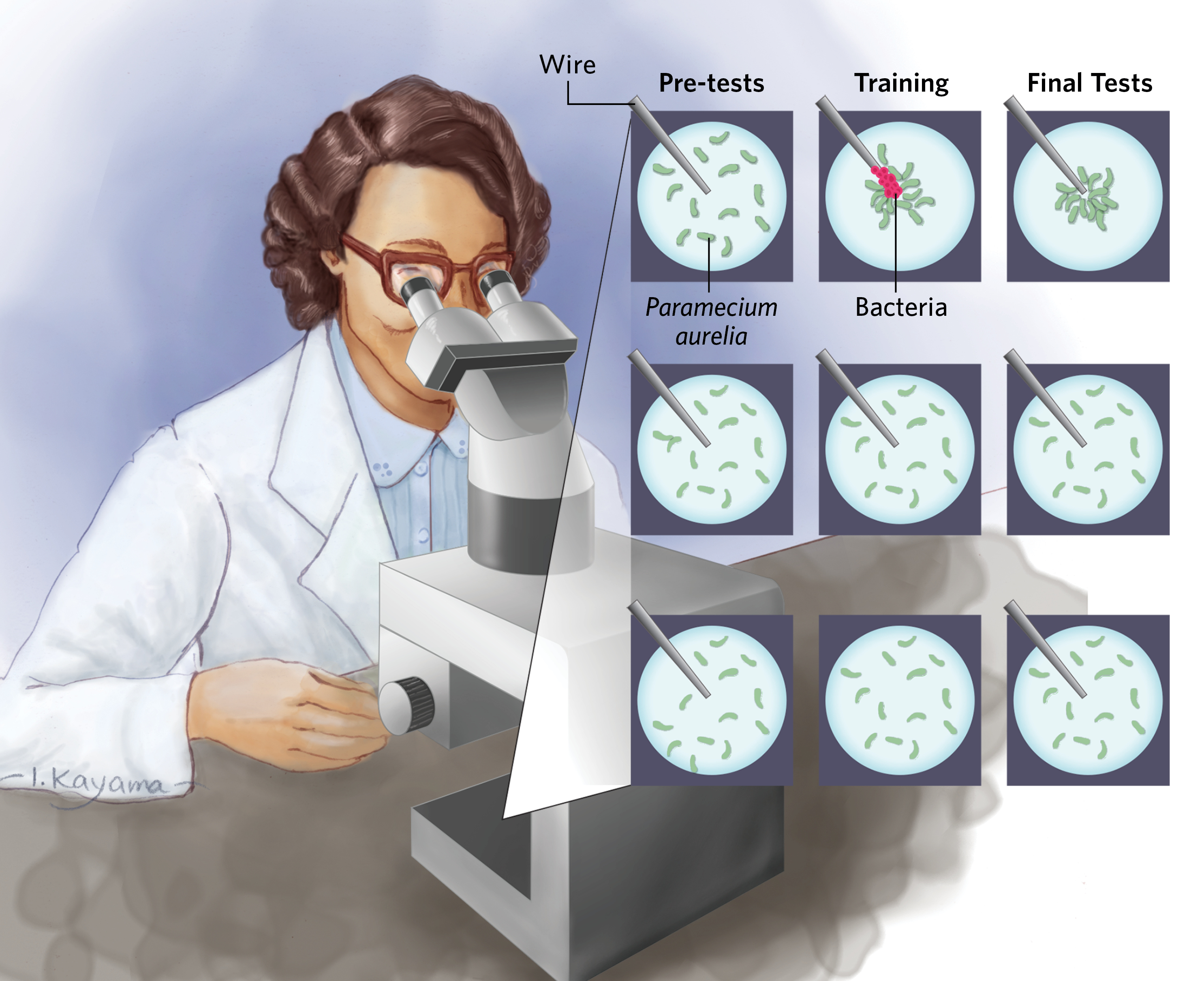 Following experiments by Henry Spencer Jennings at the beginning of the 20th century, researchers at Harvard Medical School recently tested for a form of behavioral adaptation called behavioral hierarchy in the protozoan Stentor roeseli. They irritated cells that had settled on a microscope slide (1) by administering pulses of polystyrene beads every few minutes. They found, as Jennings reported, that S. roeseli behaved differently depending on what had happened previously. At first, the animals responded by bending away from the beads (2), or beating their cilia (3). But after a while, they took more dramatic steps—contracting (4), or eventually swimming away (5). The researchers report in their paper that the behavior, while not a complex form of learning, suggests that S. roeseli is making decisions about what to do based on previous experience.

Experiments by researchers at CNRS in France suggest that the unicellular slime mold Physarum polycephalum, which moves by protruding the edges of its body, shows a simple form of non-associative learning called habituation. Mold grown in a dish connected by a bridge to a plate of food will normally grow over the bridge (1). Replacing the normal bridge with one covered in a substance the slime mold usually avoids, such as quinine (purple), drastically reduces the mold’s movement over the bridge. After several days of encountering quinine-covered bridges, however, the mold habituates and grows almost as normal over them (3). This behavioral change isn’t permanent—if the mold encounters normal bridges again (4), it appears to forget its habituation, and later shows the same aversion behavior on encountering another quinine-covered bridge (5). 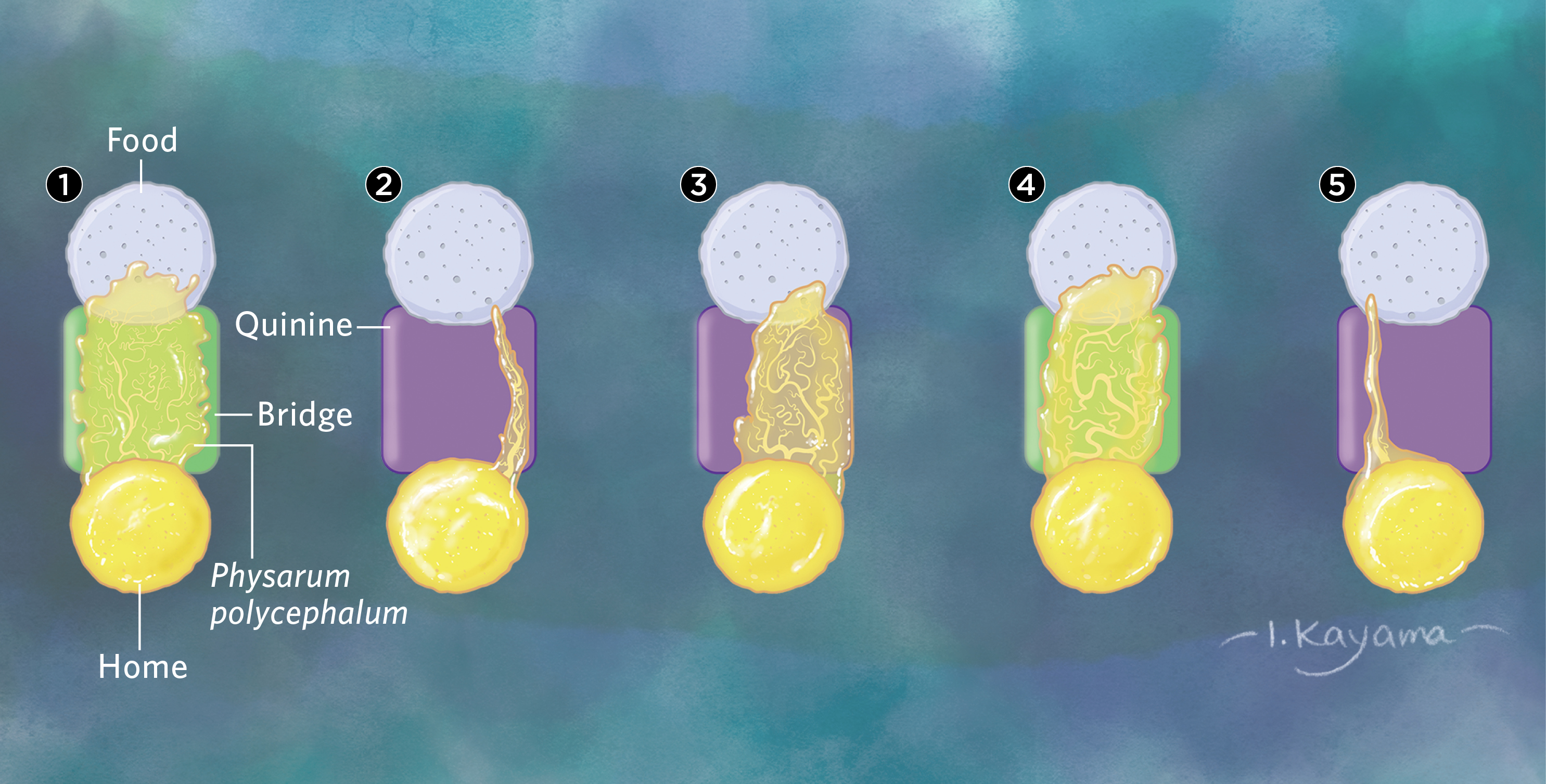