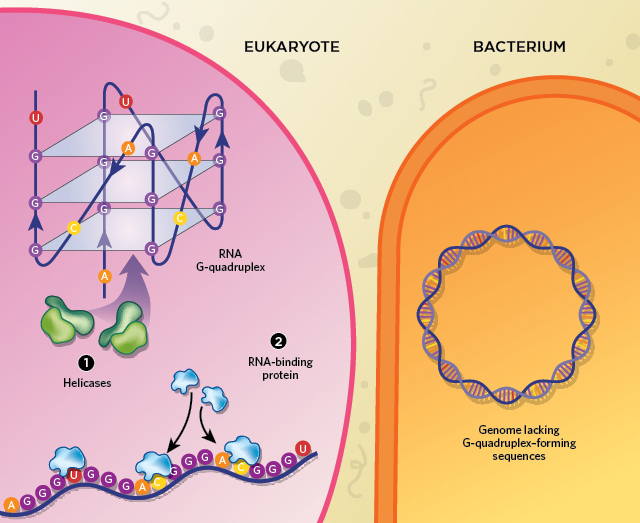 Certain guanine-rich regions of the transcriptome can fold up into four-stranded structures called RNA G-quadruplexes that are thought to have harmful effects in living cells. Both eukaryotes and bacteria have evolved mechanisms to keep these structures unfolded, according to a new study. Eukaryotes likely have protein machinery—possibly helicases to unravel the structure (1) and proteins that bind to the transcripts to keep them from reforming (2). Bacteria appear to have depleted quadruplex-forming sequences from their genomes during their evolution. 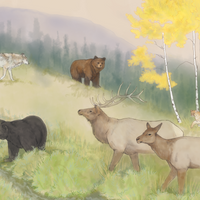