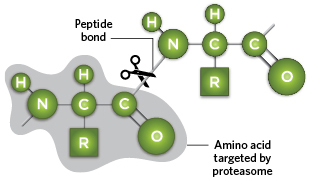 Shown here is the amino acid sequence of DNA-dependent protein kinase (DNA-PK). The cellular protease granzyme B cleaves DNA-PK only following its consensus sequence (italics; black arrow), which exists only twice in the entire protein, while the proteasome cleaves DNA-PK hundreds of times over its length (colored arrows).

Researchers have developed a variety of ways to send target proteins to the proteasome for degradation. 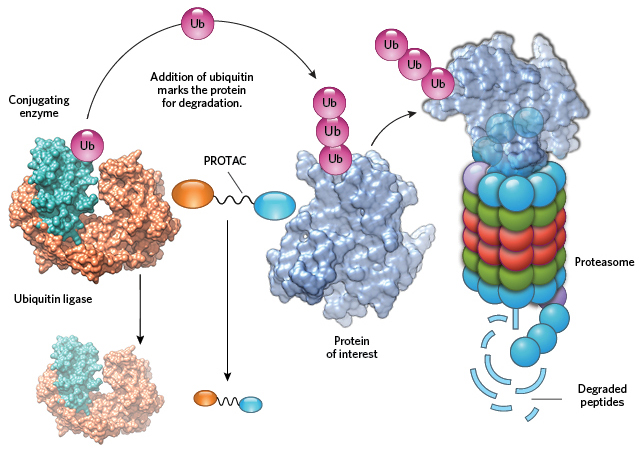 © STEVE GRAEPELHydrophobic Tags (HyTs)
By adding a large hydrophobic moiety to a target protein’s surface, HyTs cause the cell to see the protein as unfolded. This activates chaperone proteins in the cell to direct the “unfolded” protein to the proteasome for degradation. 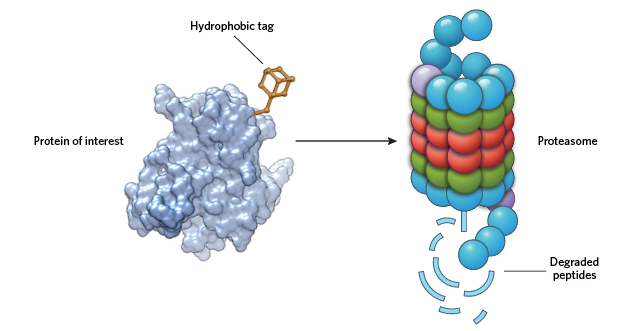