The plasticity of neuronal synapses—that is, the dynamic relationship between two neurons in the brain as one sends signals to another—ultimately underlies cognition, learning, and memory. The increase in synaptic strength following a burst of stimulation, dubbed post-tetanic potentiation (PTP), is driven by an increase in the amount of neurotransmitter ready to be released from the presynaptic side, and it’s the most important form of plasticity in so-called mossy fiber synapses in the hippocampus. A new study finds this potentiation can be regulated by the postsynaptic cell by sending the neurotransmitter glutamate back to the presynaptic side—a form of retrograde signaling that neuroscientists hadn’t anticipated existed in this synapse. 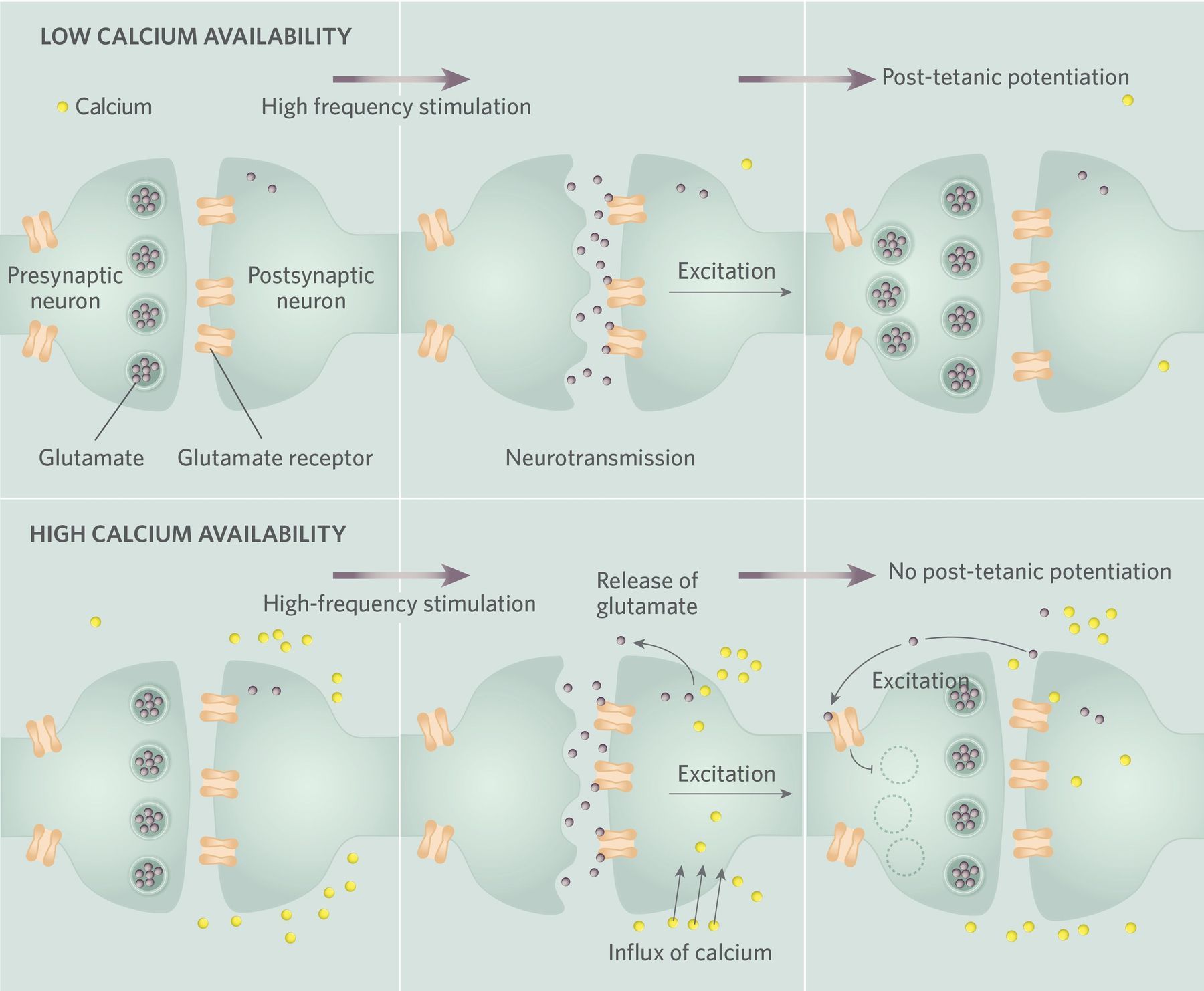 BACK TALK: Communication across synapses is generally thought of as one way: neurotransmitters leave the presynaptic terminal (left-hand cell in each panel) and bind to receptors on the postsynaptic cell (right-hand cell of each panel). In typical in vitro circumstances when neuroscientists are studying so-called mossy fiber synapses of the hippocampus, calcium availability is low (upper series), and a high-frequency burst of stimulation leads to excitation of the postsynaptic cell and an increase in the readily releasable pool of the neurotransmitter glutamate in the presynaptic terminal, a phenomenon known as post-tetanic potentiation. In a new study, researchers found this post-tetanic potentiation can be blocked by synaptic signaling in reverse. When calcium availability is high (lower series), the excitation of the postsynaptic cell leads to retrograde glutamatergic signaling—in which glutamate from the postsynaptic cell binds to receptors on the presynaptic terminal—which prevents that potentiation.
PDF
MOdified from © ISTOCK.COM, TTSZ; THE SCIENTIST STAFF