In search of the neural pathways that allow the brain to perceive numbers of objects, neuroscientists including Andreas Nieder of the University of  Tübin-gen have carried out single-cell recordings in the brains of macaques, among other animals. In a series of experiments, Nieder’s team demonstrated that certain neurons in the intraparietal sulcus (IPS) and the prefrontal cortex (PFC)—parts of the brain that have been implicated in visual attention and higher cognitive processes, respectively—respond selectively to particular quantities of objects. The findings hint at the existence of dedicated “number neurons” that extract numerical information from sensory input. Some researchers propose that these number neurons actually lie downstream of a separate number-extracting system in the visual cortex, while others dispute the idea of a dedicated number-sensing system in the brain at all. More research is needed—in humans as well as in animals—to get to the bottom of how brains perceive and process numerical quantity, or numerosity. 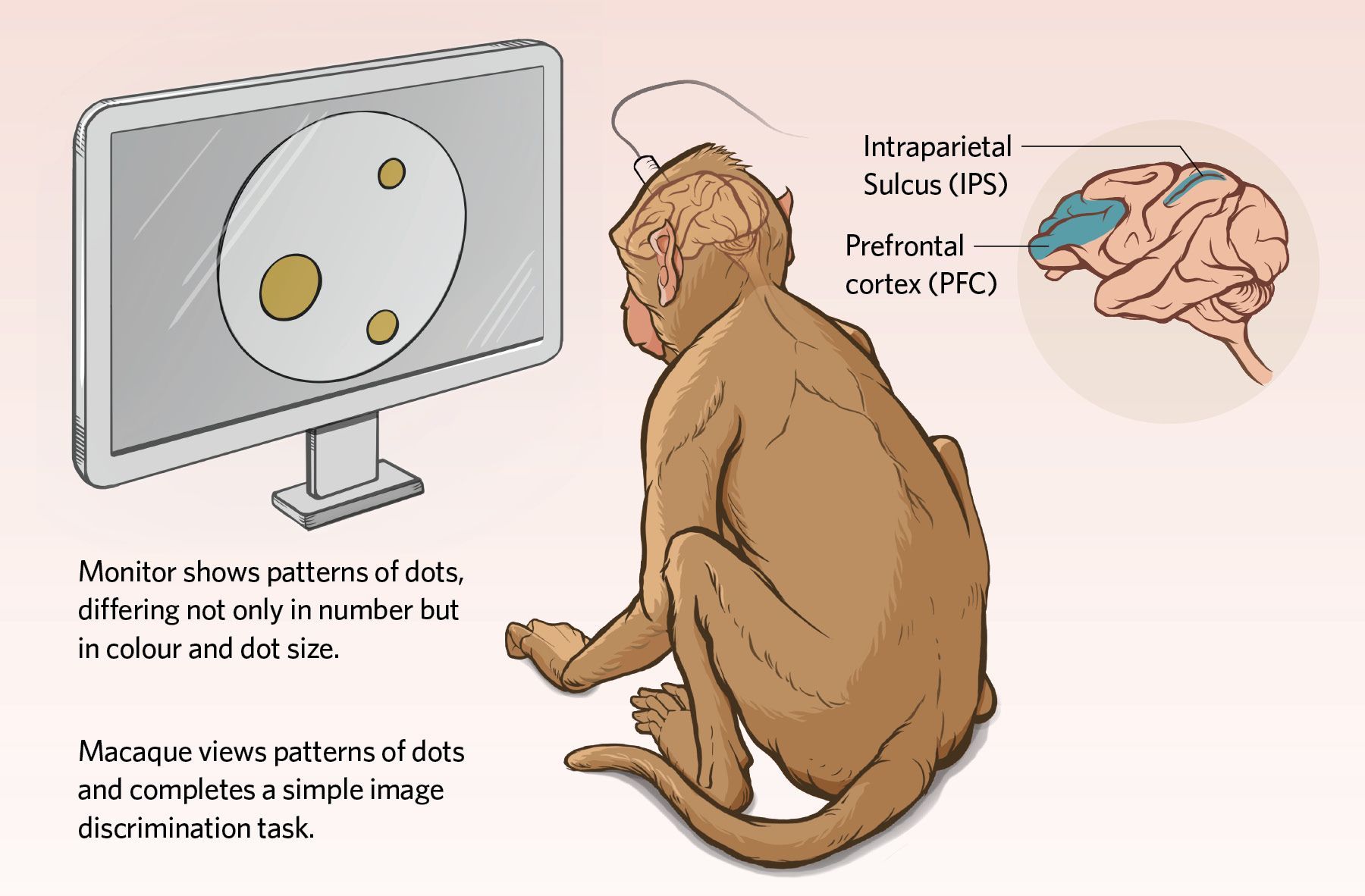 In the pictured experiment, a macaque views a monitor screen displaying variable numbers of dots while researchers record from individual neurons in the IPS. The results reveal different activity profiles for different cells: some cells fire rapidly when the screen shows three dots (shown here) while others fire more in response to one or four. Importantly, cells do show some activity for numerosities close to their preferred numerosity, perhaps helping to explain how and why the brain sometimes makes mistakes when distinguishing between close-together quantities.