When COVID-19 first emerged more than a year and a half ago in Wuhan, China, experts, seeing hospital beds filling up with patients in need of ventilators, initially thought it was a lung disease. But after more than 100 million confirmed infections, it’s clear that SARS-CoV-2, the virus behind the disease, is capable of causing damage far beyond the respiratory system. COVID-19 sparks symptoms around the body, such as headaches, diarrhea, etc. And researchers have identified viral RNA and receptors that SARS-CoV-2 uses to enter cells in various tissues and organs. This raises the possibility that the virus is capable of infecting multiple systems, though in few cases has actual infection been confirmed outside of the respiratory tract. Moreover, even if the virus does infect cells outside of the lungs, inflammation or blood clotting caused by the body’s immune reaction to infection likely also play a role in tissue-specific symptoms. 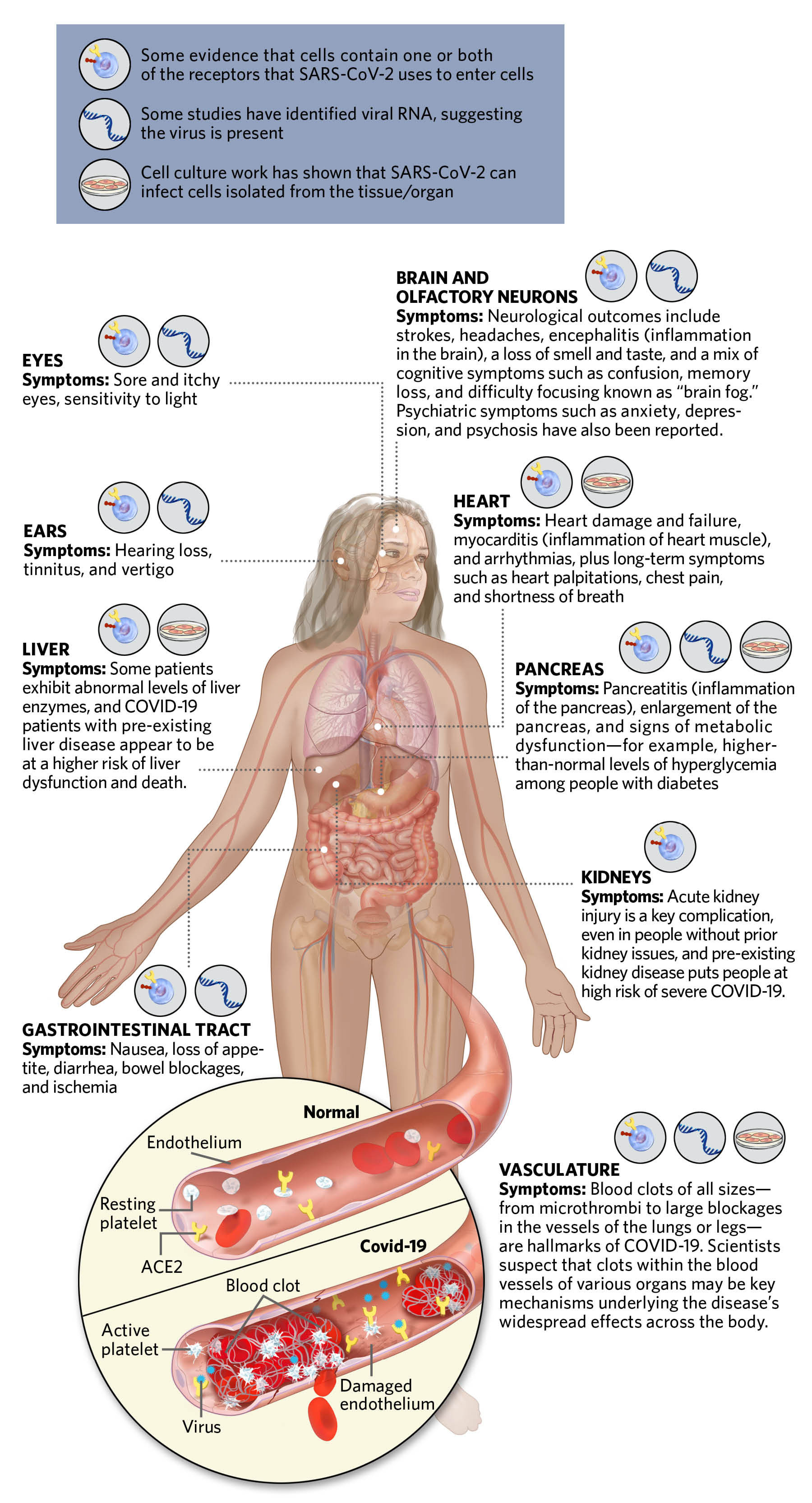