When exposed to allergens such as histamine or chemical irritants such as capsaicin (1), sensory neurons in the noses of mice produce a peptide called neuromedin B (NMB). This signaling molecule binds to neurons in a region of the brainstem known as the ventromedial spinal trigeminal nucleus (SpV), which is known to be active during sneezing (2). These neurons send electrical signals (3) to neurons in another brainstem region called the caudal ventral respiratory group (cVRG), which controls exhalation, thus driving the initiation and propagation of sneezing (4). Ablating the nasal neurons or disrupting NMB signaling led to a significantly reduced sneezing reflex in the mice. 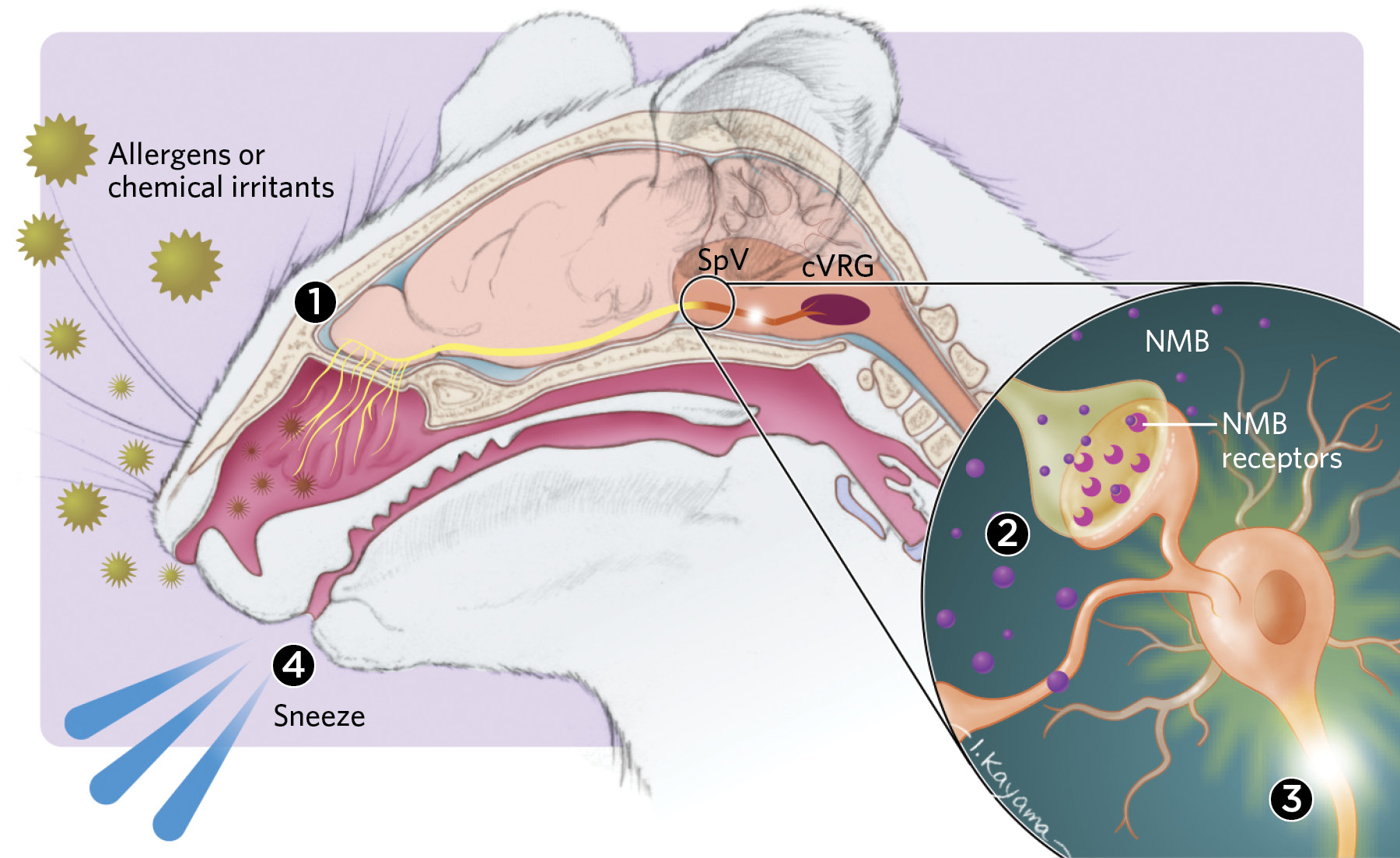