Researchers are experimenting with a variety of tools, from brain stimulation to audiovisual equipment, to try to take control of the sleeping brain.

Neuroscientists used to think that dreaming took place almost exclusively during rapid-eye movement (REM) sleep, a stage of slumber that is often accompanied by complex emotional, narrative-heavy dreams that can involve sensations such as flying or other movements. But in the last few decades, research has shown that people can also have subjective dream-like experiences in non-REM sleep, albeit less frequently and of a different nature. For example, a person thinking about a cat as they doze off into the first stage of sleep—a hallucinatory state known as hypnagogia—may see strange cat visions and experience sensations such as falling. Dreams experienced later in non-REM sleep tend to be more mundane and may involve people or objects that are familiar to the dreamer. Once in very deep sleep, people are more likely to have conceptual thoughts than to experience emotional narratives, if they have any memorable dreams at all. 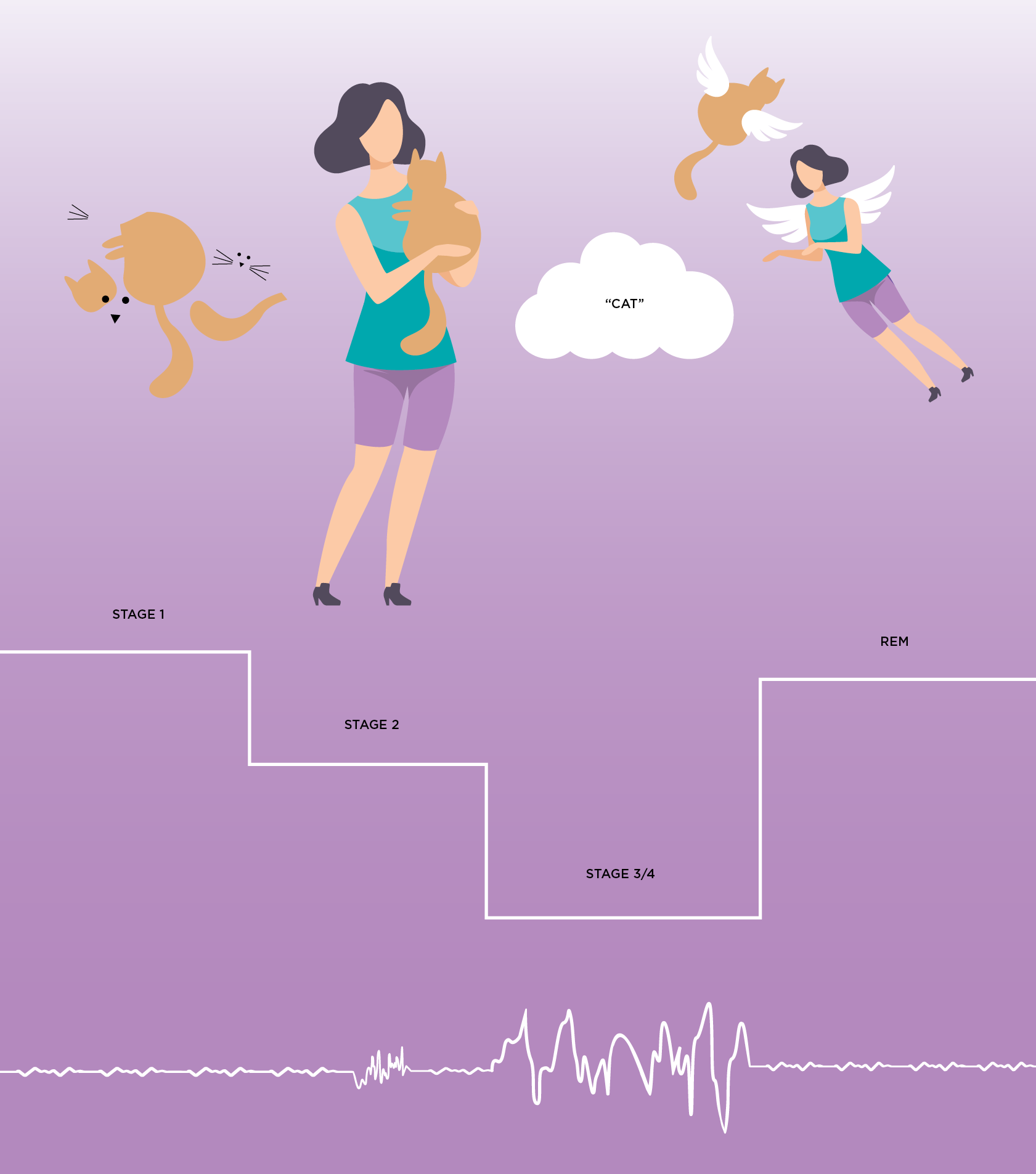 Researchers use a variety of technologies to monitor (teal) and attempt to modulate (purple) people’s dream experiences. While many protocols include pre-sleep training—to encourage people to become more aware of their dreaming selves, for example, or to incubate specific ideas using virtual reality or computer games—a number of dream-influencing approaches can be applied during sleep. Scientists also monitor participants during sleep and collect dream reports as soon as they awake.