Phages can interact with bacteria in two main ways. In the first, phages infect a bacterial cell and hijack that cell’s protein-making machinery to replicate themselves, after which the newly made virus particles lyse the bacterium and go on to infect more cells. In the second process, known as lysogeny, the viral genome is incorporated into the bacterial chromosome, becoming what’s known as a prophage, and lies dormant—potentially for many generations—until certain biotic or abiotic factors in the bacterium or the environment induce it to excise itself from the chromosome and resume the cycle of viral replication, lysis, and infection of new cells. 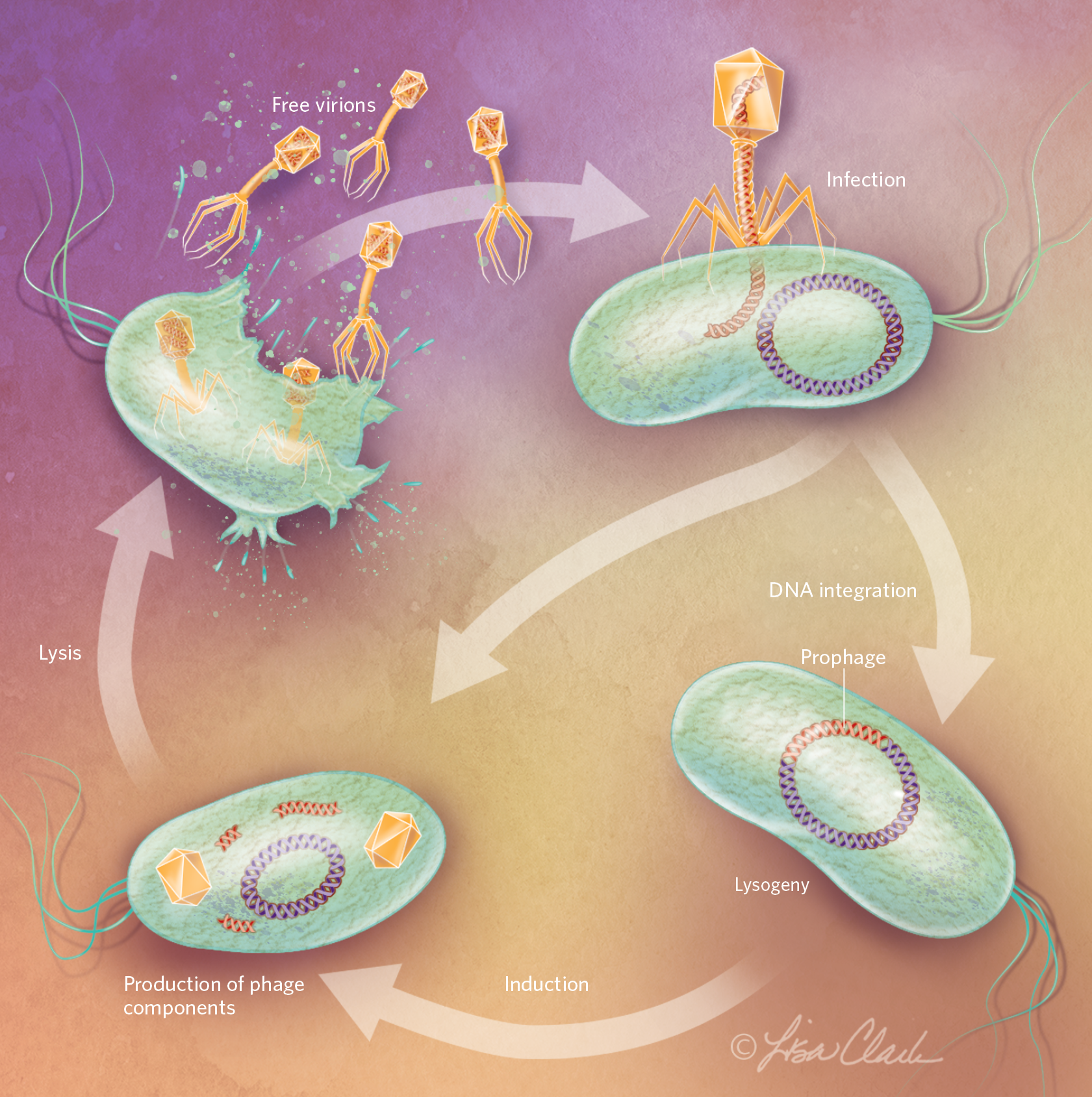 Bacteria-infecting viruses, or bacteriophages, may influence microbial communities in the mammalian gut in various ways, some of which are illustrated here. Through predation, phages can influence the abundance of specific bacterial taxa, with indirect effects on the rest of the community, and can drive the evolution of specific bacterial phenotypes. Phages can also incorporate their genomes into bacterial chromosomes, where the viral sequences lie dormant as prophages until reactivated. Researchers have found that phages interact directly with mammalian cells in the gut, too. These cross-kingdom interactions could affect the health of their eukaryotic hosts. 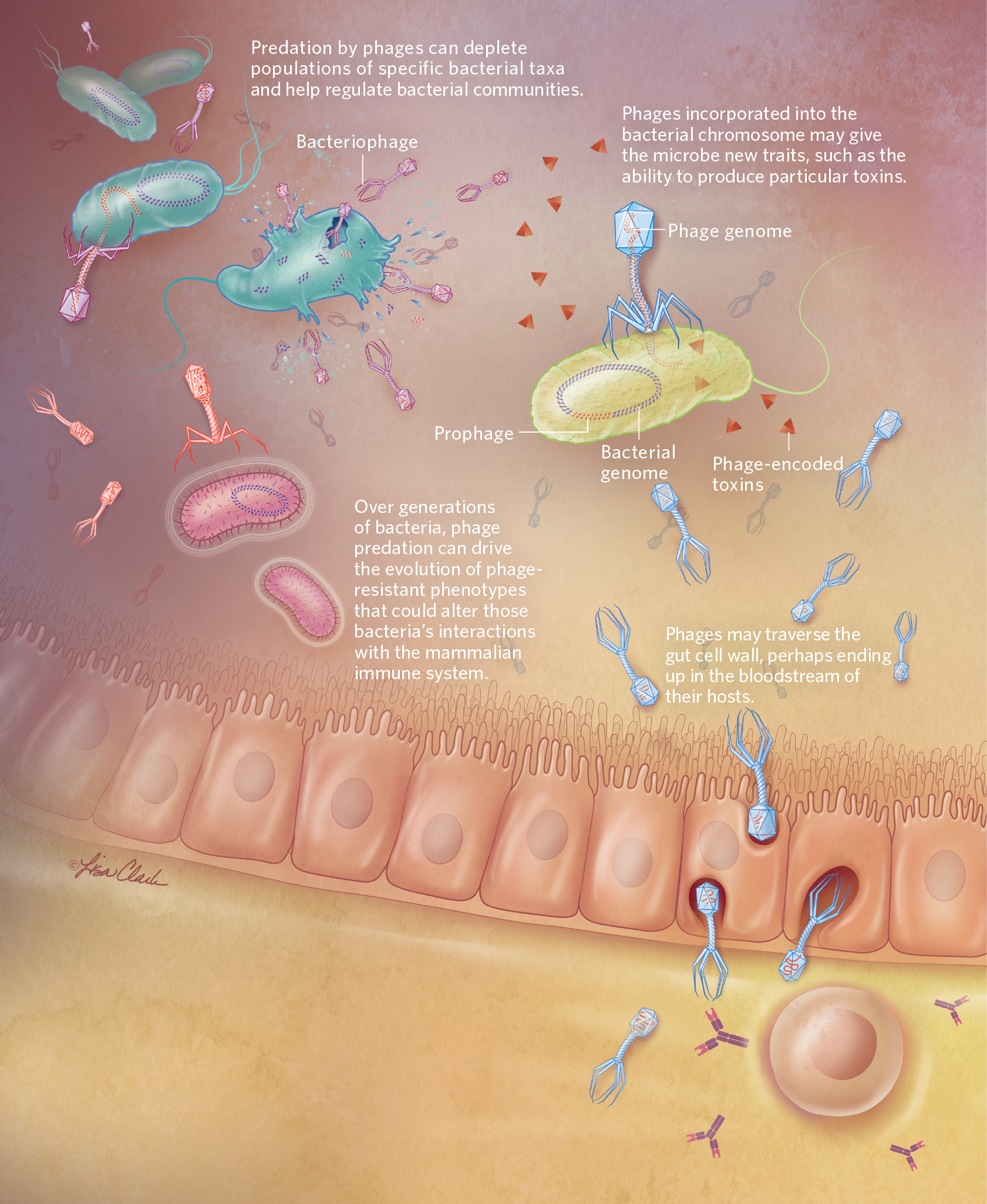 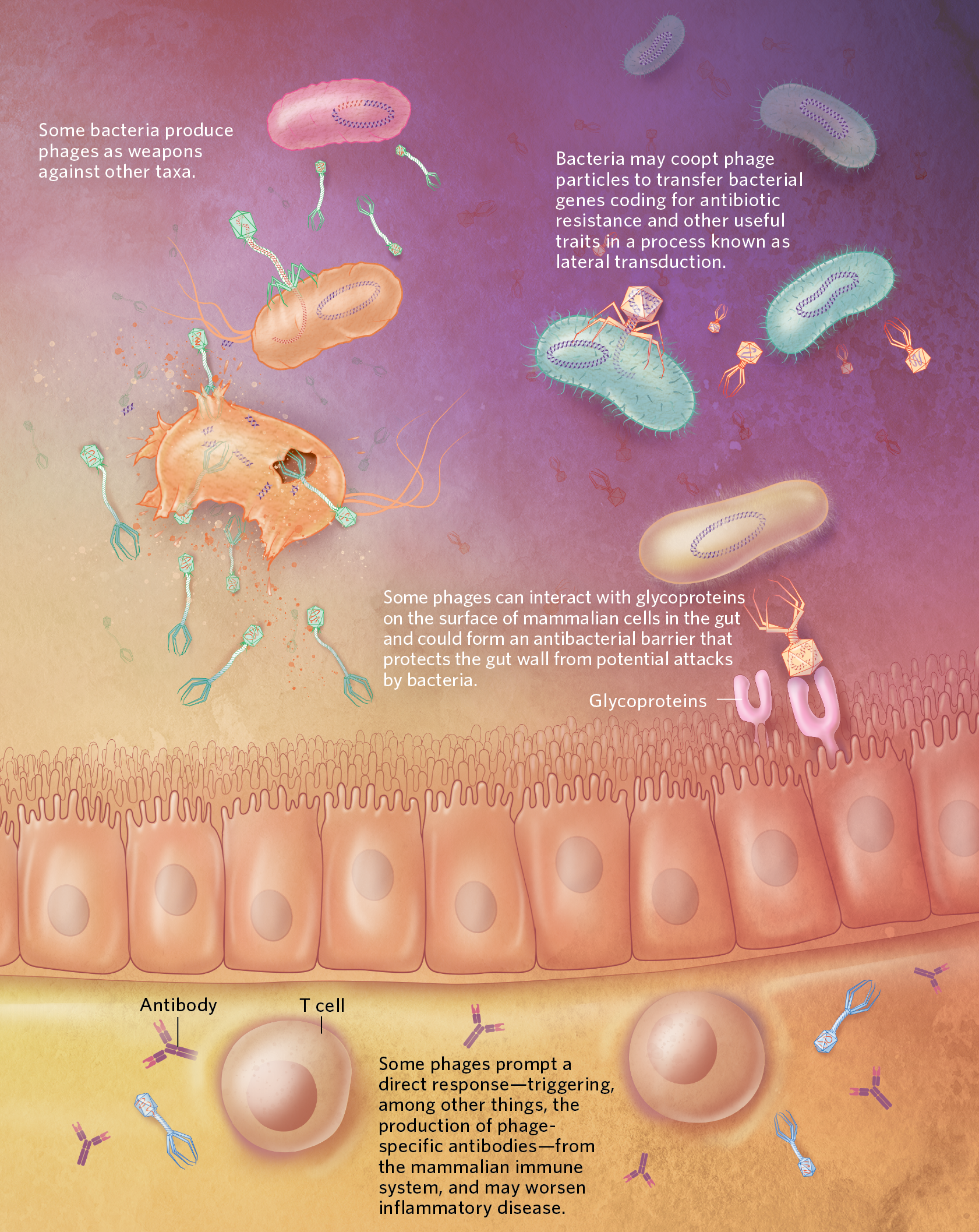