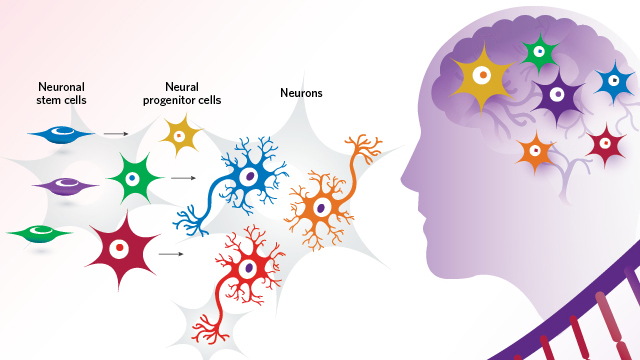 Of the 100 billion or so neurons in the human brain, there may be no two that are alike. Such diversity can arise at all stages of development and into adulthood. In the case of genetic changes that are passed on to daughter cells, the stage at which mutations occur will dictate their frequency in the brain. Researchers are now working hard to catalog every cell type within the human brain, and understand how differences among them may underlie variation in neuronal function. There are early hints that this mosaicism may contribute to personality and behavioral differences among individuals, as well as to various neurological or psychiatric disorders.

Although it was once assumed that all cells within an organism shared an identical genome, researchers now know this not to be true. Genetic variation can arise at any time, and these changes will be passed down to future generations of cells. Thus, mutations that occur early in development will lead to larger cell populations that carry the change, whereas mutations that occur in terminal cell lineages will be contained in relatively few cells. 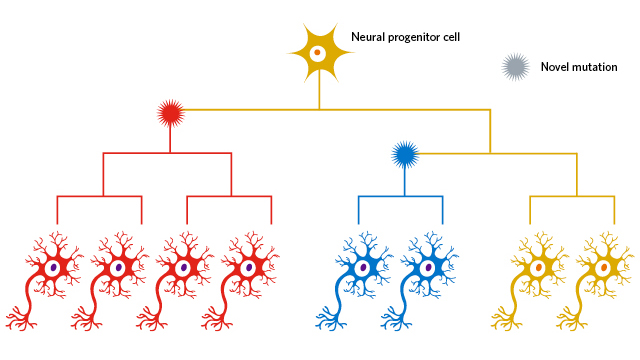