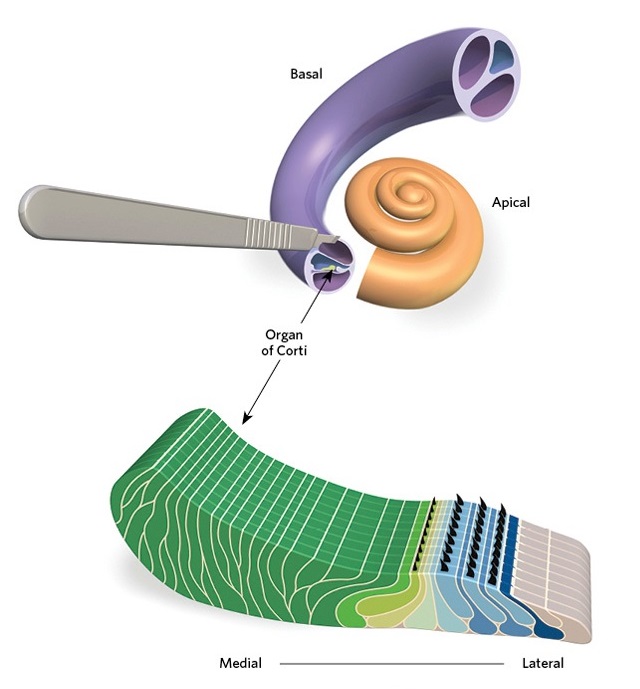 FROM ORGAN TO SINGLE CELLS: To build a map of cells within the organ of Corti—where sound is translated to neural activity—scientists divide the cochlea in two. Each half of the organ of Corti is then broken up into its constituent cells, which comprise nine cell types (represented by the nine colors) spanning the organ’s edial-to-lateral axis. 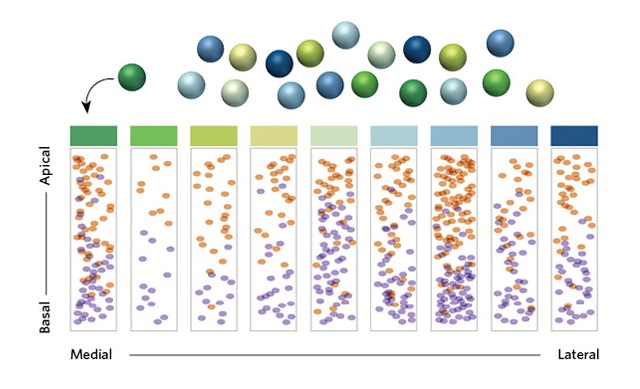 FROM CELLS TO GENE-EXPRESSION: Each cell is analyzed for the expression of 192 selected genes. Based on the pattern of expression, a cell is given a position within the organ of Corti along both the basal-apical and the medial-lateral axes. Each column represents one of the nine cell types.