In rodents, there are two populations of neural stem cells in the adult brain. The majority of new neurons are born in the subventricular zone along the lateral ventricle wall and migrate through the rostral migratory stream (RMS) to the olfactory bulb. About one-tenth as many new neurons are produced in the subgranular zone of the dentate gyrus (white) of the hippocampus. 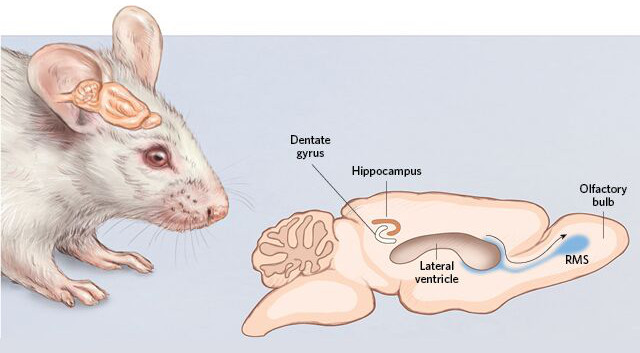 In the rodent dentate gyrus, neural stem cells differentiate into neuroblasts before maturing and integrating with hippocampal circuits important in learning and memory. 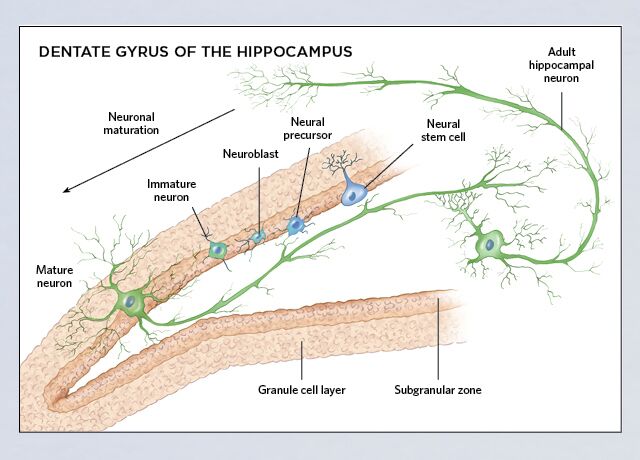 In the rodent subventricular zone, neural stem cells differentiate into neuroblasts, which make their way to the olfactory bulb, where they complete their development. 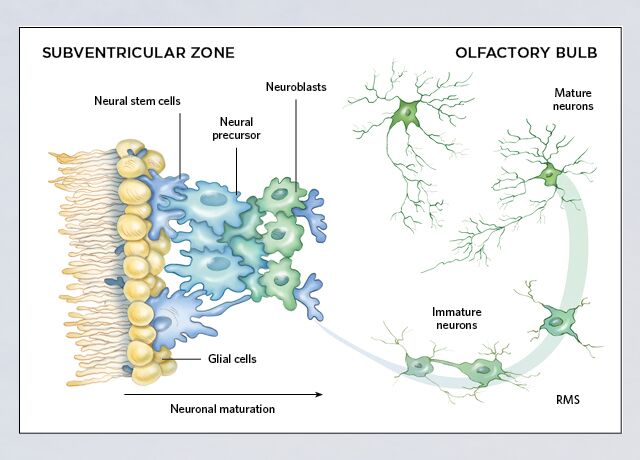 Researchers have also demonstrated that neurogenesis... 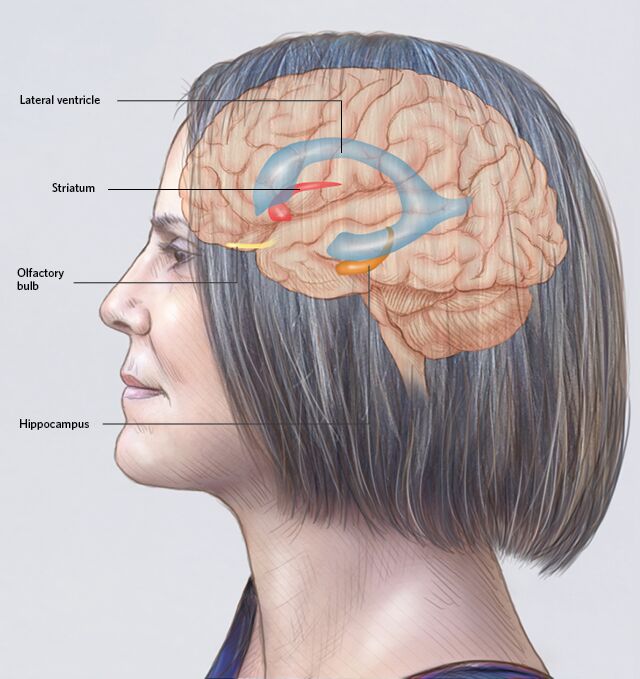