Plants have two basic immune pathways. First, a pattern recognition receptor (PRR) on the plant cell’s surface recognizes pathogen-associated molecular patterns (PAMPs) released by invaders—say, the flagellar proteins from pathogenic bacteria. This jump-starts signaling pathways inside the cell that spur the production of reactive oxygen species (ROS) and antimicrobial compounds, which are secreted to combat the pathogen. PAMP-triggered pathways can also lead to changes in gene expression and hormone levels. 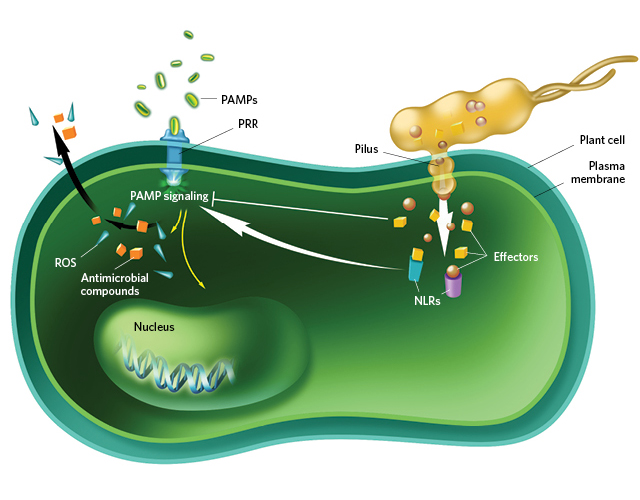 © THOM GRAVESPlant immune systems must integrate a diversity of factors to successfully fight off pathogens
without harming the plant. Defense-related changes in hormone signaling, for example, can
interfere with plant growth. Many species power down their immune systems at night, when
growing ramps up. Plant immunity also fluctuates with changes in temperature, humidity, and
light exposure, and is likely dependent on a plant’s microbiota below and above the soil. 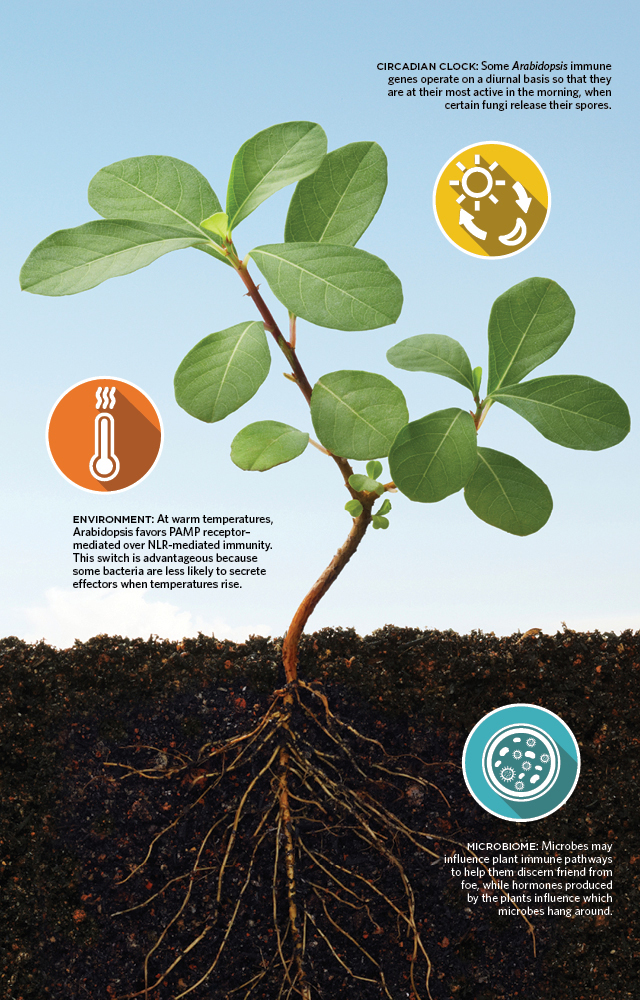