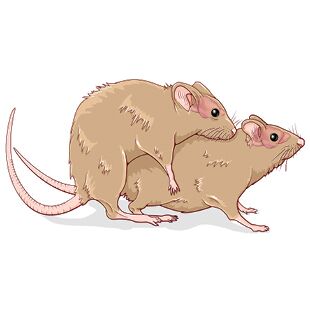 © EVAN OTO/SCIENCE SOURCEA mammalian embryo is female by default. Males develop when the Sry gene of the Y chromosome is expressed, spurring the development of testes. During fetal development, the testes produce large amounts of testosterone, much of which is converted to estrogen. Both hormones then act on the brain, inducing the cellular process of masculinization. 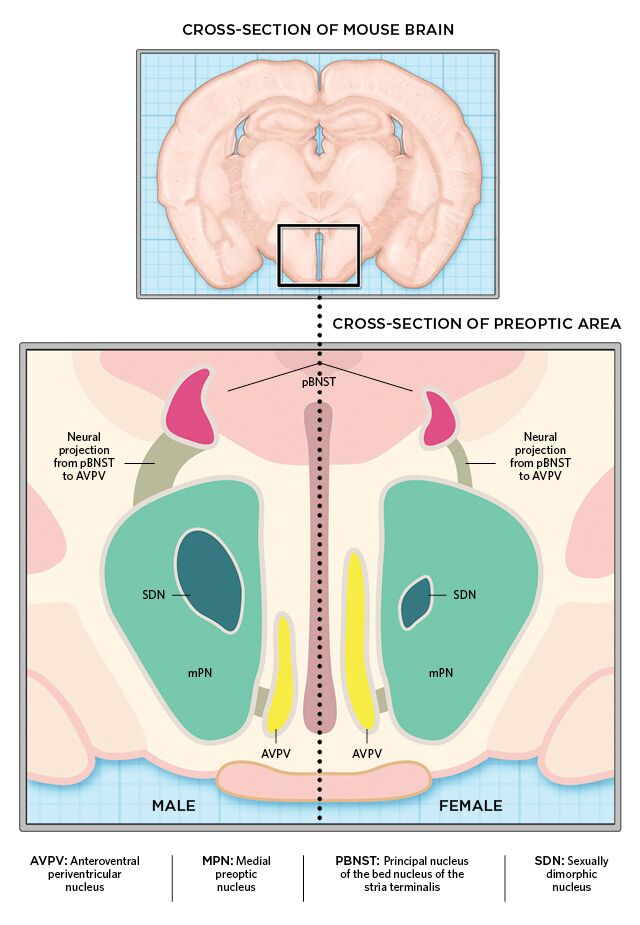 © EVAN OTO/SCIENCE SOURCEOne of the most well studied brain regions that differs between male and female mice is the preoptic area, a region of the hypothalamus that is essential for sexual behavior in males. The SDN, for example, is bigger in males than females, due to the die off of cells in the female brain in the absence of androgen hormones from the testes. The pBNST is similarly larger in males than in females. Conversely, the AVPV is larger in females than in males, though there are 10-fold more neural...

In addition to the anatomical differences between the male and female brain, researchers have uncovered variation at the cellular level. In the mPN of male mice, neurons have twice as many dendritic spines (potential synapses) as do neurons in females; synapse number correlates with male copulatory behavior in adulthood. The male mPN also has more innate immune cells known as microglia, and these cells are in a more activated state, with shorter and thicker processes. In contrast, the microglia in female brains have long, thin processes indicative of a quiescent state. Astrocytes in this part of the male brain are “bushy,” with more abundant processes than those in the same region of the female brain. 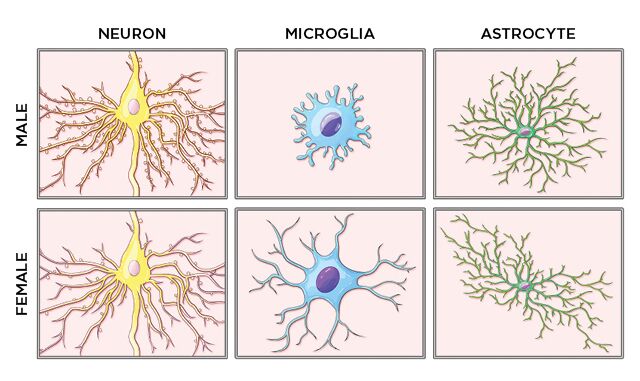