In patients with type 1 diabetes, the immune system generates antibodies and activates cytotoxic “killer” T cells to attack molecules that are produced by the beta cells of the pancreas. Researchers are now developing therapies that quell these specific immune pathways to tolerize patients to their own autoantigens while leaving the rest of the immune system intact. 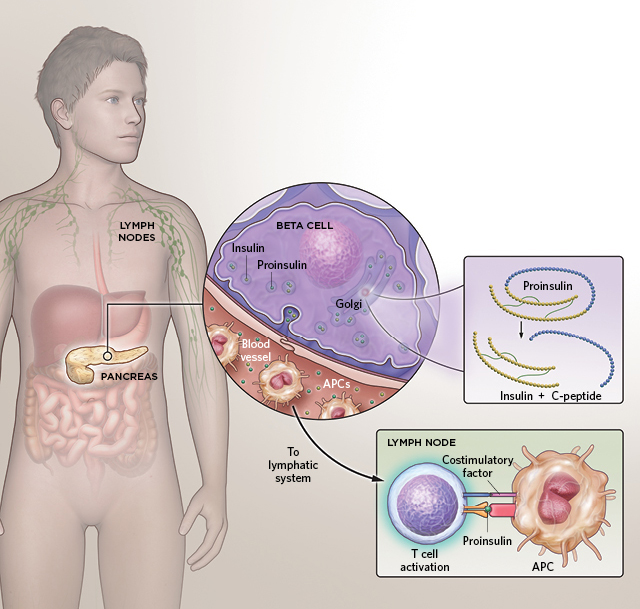 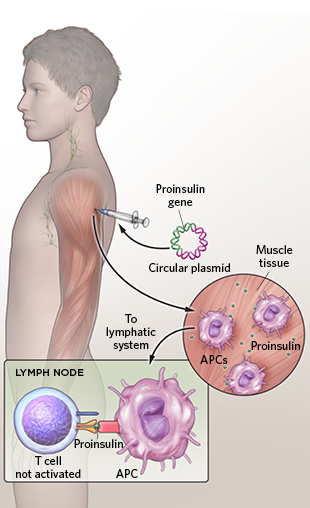 © SCOTT LEIGHTONOne so-called autoantigen that is attacked in type 1 diabetes is proinsulin, the precursor to insulin. When proinsulin is released into the bloodstream, antigen-presenting cells (APCs) pick up the molecules and carry them to the lymphatic system, where, alongside costimulatory factors on the APC, they activate cytotoxic T cells that migrate back to pancreatic islets and damage the beta cells.

One method that has enjoyed preliminary success in reversing the aberrant immune response in type 1 diabetes is the presentation of the proinsulin autoantigen without the...

A plasmid encoding the gene for proinsulin is injected intramuscularly into patients, ramping up levels of proinsulin.