Strange things happen at night, especially when we’re not sleeping. Results from observational studies of people who don’t sleep much (blue icons) and from experiments on human volunteers (pink icons) have revealed that the consequences of sleep deprivation are far-reaching, from molecules and cells to organs and behavior. 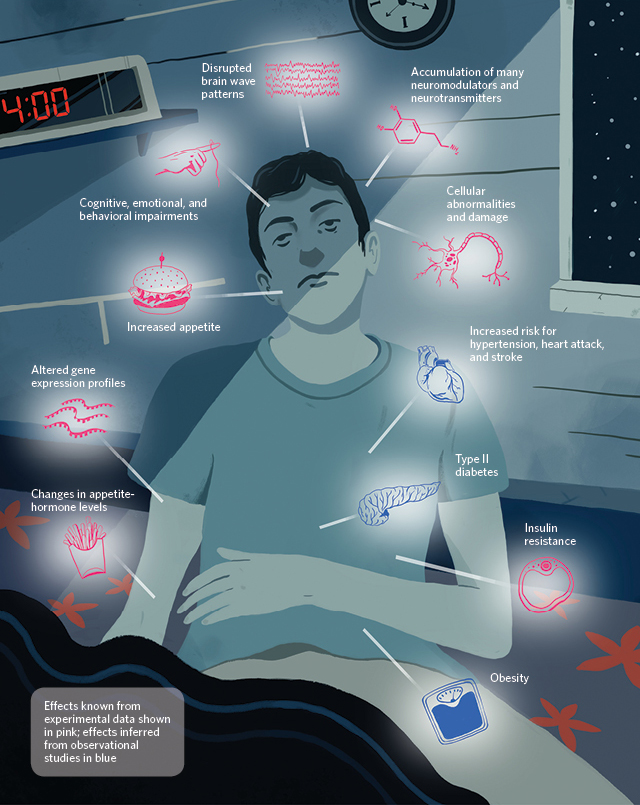 The short-term consequences of sleep loss are numerous, but whether they leave a lasting scar is unknown. So Carol Everson and Aniko Szabo of the Medical College of Wisconsin subjected rats to a 10-month regime of sleep restriction and then allowed the animals to sleep as they pleased for several months. Compared to control animals, the sleep-deprived rats suffered a variety of physical effects, with some problems persisting even after the recovery period (PLOS ONE, doi:10.1371/journal.pone.0022987, 2011). In another study by Everson and colleagues, bone and bone marrow abnormalities persisted... 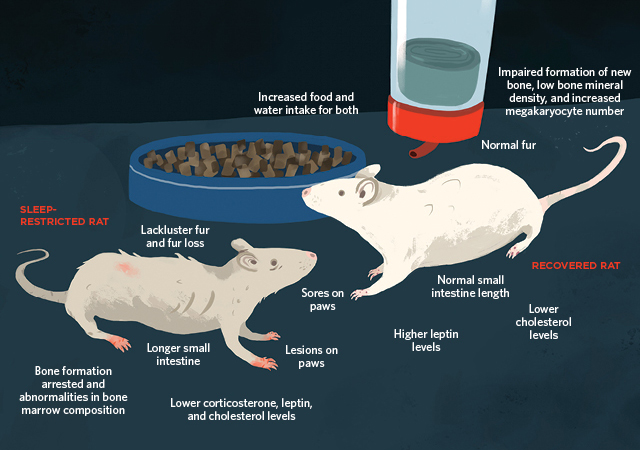