Like many researchers who had to run hundreds of Southern blots, I felt immediate relief the first time I used PCR for genotyping. It was no longer going to take seven days to see results, and I would never again have to use micrograms of DNA or handle radioactivity. In the years that the technology has grown, PCR has revolutionized both genomics and transcriptomics. It may even play into proteomics studies as immuno-PCR gains popularity.

Dozens of PCR-based genotyping technologies exist. Many are variations on a theme and can be as simple as running a gel of amplified DNA or as complex as detecting the addition of a single nucleotide. Choosing the right approach obviously depends on your needs, but here is a quick guide to sort through the pros and cons of some PCR-based genotyping assays. The table below lists some...

In general use, specific variants are detected as positive or negative with the variant-specific primer in SSP, or by binding of the labeled-amplicon to the variant-specific probes on a dot blot in SSOP. PCR-RFLP yields results by visualization of cut or uncut fragments following restriction endonuclease digestion of the PCR product. While the location of the variant presents constraints on designing primers for SSP, SSOP and RFLP offer flexibility for primer design. The primers can be anywhere, as long as they flank the variant.

I still find that PCR-RFLP, also called amplified fragment length polymorphism (AFLP), yields unambiguous and robust results as long as there is a suitable and inexpensive endonuclease for the variant. The problem is that it requires post-PCR manipulation, which can mean contamination risk, and it is not suitable for high-throughput studies. The fragment lengths can also be estimated on most genetic analyzers provided that labeled-primers are used.

For larger projects, all three of these methods are expensive and time-consuming, but because most automated methods require amplification of small fragments, the basic designs are the only option for analysis of larger fragments. Moreover, genes that have paralogs require locus-specific primers. The basic approaches become necessary when your locus-specific primer is far from the variant of interest.

Base composition of DNA affects the temperature at which a double helix dissociates. High-resolution melting point analysis with special fluorescent dyes or labeled probes can identify a single nucleotide variation in a PCR fragment in five to 10 minutes after PCR is completed on a standard instrument. Dedicated instruments for high-resolution melting curve analysis include Idaho Technology?s LightScanner (or HR-1) and LightTyper by Roche Applied Science, but some real-time PCR platforms also have this capability.

The approach can be used for new variant detection or for detection of known variants, and dedicated instruments can analyze 384-well plates in a short time, making high-throughput analysis possible. At least four melting temperatures can be differentiated in a fragment and as many as six different colors can be used to label probes. Thus, multiplexing at least 24 targets is possible. It is inexpensive, there are no constraints on primer design, and the system is closed-tube, reducing the contamination risk. Some variants may be missed in lower-resolution platforms, but this approach could become the most popular method for both variation screening and detection.

Fluorescence- or Forster-resonance energy transfer (FRET) has also been used in genotyping. The current prototype of this method is the TaqMan assay (5' fluorogenic assay; hydrolysis assay probe) developed by Applied Biosystems, although Amplifluor primers use the same principle. A different version uses one donor and one acceptor probe (hybridization probe method) commonly in LightCycler real-time PCR instruments (Roche Applied Science). The 5' fluorogenic assays are extremely sensitive and specific, but their multiplexing capabilities are limited. They can be run in 384-well plates on ABI 7900HT or Roche LC480 real-time PCR systems and can be completed in less than 40 minutes. These are also closed-tube assays and are very popular in medium-throughput studies. Applied Biosystems has developed Taqman assays for genotyping tens of thousands of variants. But while the cost of instrumentation is getting lower, the price tag for such assays is still relatively high - no less than $1.00 per genotype for small- to moderate-size projects.

Several different primer-extension and ligation-based chemistries have been incorporated into sophisticated "allelic discrimination" assays for higher-throughput analyses. Pyrosequencing is based on single-base extension chemistry, and the detection of the added nucleotide is achieved with the help of the firefly enzyme, luciferase. This enzyme generates luminescence upon the release of the natural byproduct of DNA synthesis, pyrophosphate, when a base attaches to the primer (Pyrosequencer developed by Biotage). The dNTPs are released into the reaction mixture one-by-one in a predetermined order; whichever causes light emission is the one added to the sequence. It is now possible to type 384 samples at once by pyrosequencing. As in all primer-extension chemistries, primer design is constrained.

Pyrosequencing is best suited to genotypings of multiple closely spaced variants, but multiplexing for detection of independent variants may prove difficult. The experimental procedure is slightly involved and the enzymes and reagents used increase the cost. It is, however, a robust genotyping and minisequencing method for small- to medium-size projects with automated genotype-calling capability.

An innovative development was combination of solution-phase genotyping methods with a fluorescently coded microbead-capture step. In single-base extension chemistries, oligonucleotides with unique address tags at their 5' end and target-specific 3' ends are hybridized to PCR-amplified genomic DNA targets and then extended by DNA polymerase. A ligation reaction follows in which the common probe is biotin-labeled. Following ligation, the next step is hybridization of the tags to complementary tags attached to spectrally distinct microbeads. A flow cytometry-based instrument, the Luminex analyzer, then analyzes the microbeads.

Each microbead is the address for a single variant and will emit the biotin-avidin single-color fluorescent signal if the variant is present. The bead-based platform performs equally well with single-base extension, primer extension, hybridization, and oligonucleotide ligation assays.

Luminex invented the original suspension-array technology, which allows hundred-plex detection. Thus, 50 biallelic variants can be genotyped in a single well following PCR amplification of the fragments, making it particularly attractive for a large number of variants, especially from a single gene as in HLA or MICA typing. Multiplexing capacity lowers the assay cost, but optimization of multiplex reactions may be difficult.

In principle, the nucleotide added to the end of the primer can be determined directly from its mass. This can be achieved by matrix-assisted laser desorption ionization time-of-flight (MALDI-TOF) mass spectrometry (MS). It is, thus, a label-free method. The 3'-end of the genotyping primer terminates immediately upstream of the variable site. Determination of the mass of the single-base extension product reveals which of the nucleotides has been added.

MALDI-TOF MS requires major equipment, but because of a high degree of multiplexing and high-throughput analysis, the assay cost can be as little as $0.03 per variant. MALDI-TOF MS can also achieve ultrahigh-throughput capacity using very little DNA. The major MALDI-TOF MS platform is Sequenom?s MassArray Genotyping System. For massive and constant workloads, MALDI-TOF is probably the best choice, but the cost of the instrumentation (in the neighborhood of $500,000) can be prohibitive.

The number of genomic variants that can be genotyped in a single assay is growing rapidly. Hybridization to microarrays, for example, allows whole-genome association studies. It is easy to get carried away but important to remember that genes with multiple paralogs or related pseudogenes cannot generally be reliably typed with automated systems or in microarrays. To study their variants, they need to be first selectively amplified, and genotyping should be performed on these fragments. The number of such genes is not insignificant. Also, the single nucleotide polymorphisms represent no more than 80% of genomic variation. One wonders how many people are aware that the whole-genome association studies may not be examining the "whole" genome after all. 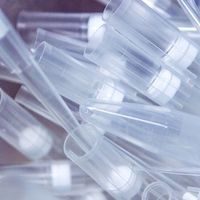 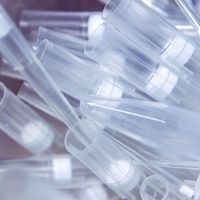