Jim Alwine was a postdoc at Stanford University in 1975 when Ed Southern published the technique that would come to bear his name. "A very bad reprint" of Southern's paper was working its way around the biochemistry department, Alwine recalls, and people were already using the technique in their studies.

Alwine had a different response. Poring over the protocol to understand how it worked for DNA, he began to wonder whether it would also work for RNA. "The dogma was that RNA wouldn't bind nitrocellulose, and it doesn't unless you denature it, says Alwine, now a professor of cancer biology at the University of Pennsylvania. Good denaturants didn't really exist at the time. "We conquered that by developing a special paper covered with diazo groups [which will bind folded RNA molecules]. They worked very well. Thus was born the "Northern blot."

"People were inventing things right there, Alwine says. "There were no kits... you had to understand the technologies in deep ways so you could change them to do what you wanted them to do."

But, he laments, "I think the advent of kits has blunted that [creative spirit]. And though I'm high on kits (see, for instance, my January column), I tend to agree. We increasingly outsource such "routine tasks as DNA sequencing, mass spectrometry, and microarrays to core facilities that email results in a day or two. At the same time we let kits act as technical crutches that dull our ability to interpret experiments and understand where they have gone wrong. In balancing convenience against serendipity, we lose our ability to troubleshoot effectively.

Susan Ross, associate dean of biomedical graduate studies at the University of Pennsylvania, recalls a master's candidate in her lab whose RNAse-protection assay failed due to blind adherence to the printed protocol. "People become so reliant on following the protocol in the kit, they don't think about the modifications they might have to make, she says.

A good principal investigator will insist that his or her student understands kits and instrumentation before allowing them to use them, Ross notes. But I think we might more systematically re-hone that creative edge at the classroom level. Take the Undergraduate Genomics Research Initiative at the University of California, Los Angeles (www.lsic.ucla.edu/ugri), for instance, in which students from six different undergraduate courses at UCLA and partnering schools collaborate to sequence the genome of the bacterium, Ammonifex degensii."

The students prepare and maintain a genomic library, run sequencing reactions, and perform bioinformatics analyses. Lectures cover everything from practical information about the optical configuration of their automated sequencer (a LI-COR slab gel-based system) to the BLAST algorithm and its parameters. Program director Cheryl Kerfeld makes the education multidisciplinary, working in topics such as biogeochemistry, evolution, microbial metabolism and microbiology, and comparative genomics."

From what Kerfeld says, her students are uncommonly well prepared for work in the scientific trenches. Inevitably, for instance, each quarter someone will have a vertical black line running through his or her sequence data, which throws off the base-calling software. "To figure this out they really have to think about the migration of the fragments along the vertical, what is fixed (and so makes such a uniform impression) and how the sequencer excites and measure the fluorescence from the dyes incorporated on the primers, etc., she says."

I would like to see this model broadened to include microarrays, mass spectrometry, protein purification, and real-time PCR, as well as statistics. And though my sources advocate an undergraduate course, I would implement this program at the graduate level. Second-year grad students should have a level technological playing field, however well funded their undergraduate institution.

Clearly we cannot teach every technology that students will ever encounter. Nor can we (or should we) eliminate kits from the lab. But we can change the mindsets of budding researchers: Learn how the technology works, understand how the kit functions, and you will be able to adapt it or fix it if you must. The result will be a generation of better-trained scientists. 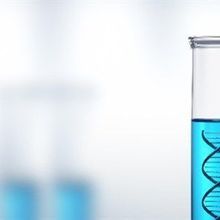