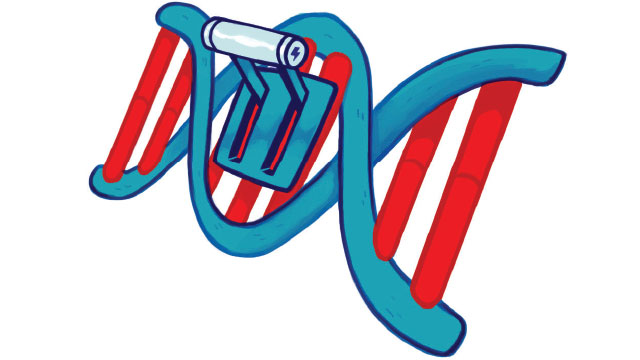 By the time you read this article, another boatload of CRISPR tools will have washed up on shore. They will need testing and refinement. Nevertheless, if you ask developers whether you should take these proof-of-principle studies and try them out, you’ll only receive encouragement. After all, if it’s not yet available from Addgene, it soon will be.

The latest wave of published tools includes new lineage-tracing methods, which can provide a window into the earliest stages of development. New Cas9 inhibitors are now available for the most popular Streptococcus pyogenes Cas9 endonucleases, for use in a variety of scenarios to prevent off-target effects. Others strategies merge CRISPR-Cas9 systems with cutting-edge single-cell sequencing technologies. And researchers are, in parallel, moving beyond Cas9 to come up with promising new effector enzymes, such as C2c2, that target RNA for editing and imaging applications, among others.

Background: Because the Cas9 endonuclease is known to overstay its welcome inside cells, encouraging off-target effects, researchers are working on kill switches for Cas9. “The goal is having a way to turn it off instead of relying on it passively degrading,” Bondy-Denomy says. Ideally, Cas9 would find its perfect target, and an inhibitor would then prevent the enzyme from making additional cuts.

Approach: Bondy-Denomy’s group came up with four new Cas9 inhibitors, finding that two of them (AcrIIA2 and AcrIIA4) can block actions of the widely used Streptococcus pyogenes Cas9, unlike earlier iterations of kill switches that work in other CRISPR-Cas systems (Cell, 168:150-58, 2017). This line of work stems from the researchers’ observation that, in the battle between bacteria and the viruses that invade them, certain host bacteria, such as strains of the food-borne pathogen Listeria monocytogenes, cannot stop viral invasion despite having a CRISPR-Cas9 system with a perfect sequence match to viral DNA tucked into their CRISPR array. Inhibitors are responsible for this phenomenon, and Bondy-Denomy’s group continues to search for more.

One possible application is to combine inhibitors with the noncutting CRISPR tool CRISPRi, which is used to dampen expression of specific genes, or CRISPRa, which raises expression (See “Dial It Up, Dial It Down,” The Scientist, March 2016). Combined, these tools might one day allow users to provide pulses of gene expression or inhibition.

Getting started: Bondy-Denomy’s group plans to make plasmids for all four inhibitors available via Addgene in the near future. AcrIIA2 and AcrIIA4 work in the human cell line HEK293, but keep in mind that it’s one cell type and one target. Nevertheless, “anyone can try it with their favorite version of S. pyogenes Cas9,” he says. “Maybe protein number 1 and 3, which didn’t work in our setup, will work for someone else.”
Timing—when to apply the inhibitor—will be different in each experimenter’s hands, he says. So users will need to check for themselves whether any well-known off-target edits are reduced or eliminated. Of course, check your on-target levels, too. “We would expect some on-target activity to go away, but we don’t know yet,” he says.

Future: The group is testing the inhibitors using guide RNAs—the stretches of sequence that allow Cas9 to target a specific location in the genome—that are known to be problematic for introducing off-target mutations. This is important because researchers are often hamstrung, Bondy-Denomy says: they want to fix a point mutation at a specific place, and that target needs to be followed by a protospacer-adjacent motif (PAM), a specific 2–6 base-pair sequence (immediately following the target DNA) that is required for Cas9 to bind to the target DNA. The desired edit should change the PAM sequence, or you risk cutting the target site again and destroying your work. So, the inhibitors provide a mechanism for Cas9 to be active transiently. 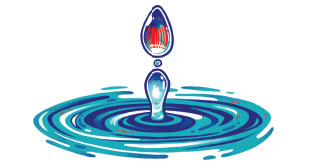 Background: Along with an expanding CRISPR-Cas9 toolbox, single-cell RNA sequencing has advanced rapidly in the past few years. Academic researchers have come up with droplet-based methods (See “Scaling to Singles,” The Scientist, May 2016), and the first commercial platforms are coming online.

Weissman’s and Regev’s new technique is called Perturb-seq, and the key to making it work was being able to encode the CRISPR-based perturbations in the transcriptomes of single cells. Most high-throughput single-cell RNA-seq methods rely on the ability to capture the 3’ polyadenylated tail ends of RNA, but guide RNAs are generally not equipped with polyA tails and can’t be captured directly. So, postdoctoral researchers Thomas Norman and Britt Adamson in Weissman’s group came up with a barcoding strategy to identify the guides. “Here, we can a priori tag cells that will be treated differently, and later map those tags back to specific perturbations,” Adamson says. Another crucial step was to develop an analytical pipeline to parse the massive amounts of data. (See “Massively Parallel Perturbations” here.)

Getting started: The scientists used 10X Genomics’s platform for single-cell RNA-seq (Chromium Single Cell 3’ Solution), which is so new that many may not have access to it yet. But Perturb-seq also works in 96-well plates and using the Drop-seq method, Norman says. What’s more, you should be able to use your favorite Cas9 variant, he adds.

The vectors they used to barcode and express guide RNAs will soon be available via Addgene. Using this method, researchers can (in theory) pool cells from separate experiments in order to cut costs. Data analysis can be done on a standard computing cluster; but note that it will likely take several months (at least) to mine the data, Norman says.

Future: Weissman’s group plans to release a more-detailed protocol, and he and Regev’s group will release some of the computational tools they have developed for these papers. “We would like to make this as accessible a technology as possible,” Adamson says.

To that end, Weissman’s group is also working on improved library preparation protocols, such as narrowing the focus to a more limited set of genes in order to cut experimental costs. In parallel, they are also hoping to address biological and logistical obstacles to scaling up sequencing to the entire coding genome. 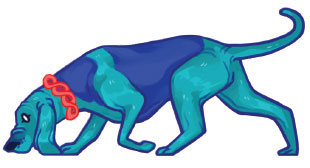 Background: Lineage tracing has been crucial to developmental biology (see “How to Track Cell Lineages As They Develop,” The Scientist, December 2016). In the past year, several groups have deployed CRISPR-Cas9 approaches to track cell fate. All of them work by tracking Cas9’s edits in the genome as they accumulate during development from a single cell.

Approach: The newest spin is a homing guide RNA that directs Cas9 to its own DNA locus as its target, thus cutting itself—effectively serving as a diversifying barcode that Mali’s and Church’s groups can track in cultured cell populations. The approach is unique in that the edited homing guide RNAs retain the ability to target themselves, so the lifetime of these guides is potentially longer than the barcodes used in other lineage tracing approaches. In addition, because the barcodes are transcribed, researchers can potentially read them out using RNA detection approaches like FISSEQ (Fluorescent In Situ SEQuencing), a method developed in the Church lab (Nature Protocols, 10:442-58, 2015). Mali points out, however, that the new study amplified and detected the RNAs rather than sequencing them (Nature Methods, 14:195-200, 2017).

Getting started: “Fundamentally, the tool is really simple to implement. It boils down to creating cells which have particular barcodes present in them,” Mali says. Detection doesn’t have to be by FISSEQ, but any single-cell sequencing method could potentially work.

Just like standard guide RNAs, homing guide RNAs need to be experimentally tested. Some of the self-mutations formed upon cutting trigger large insertions or deletions that eliminate their homing activity. Others can stay active for a long period of time. “Trying to find the right mix and match for your particular application is going to be critical,” Mali says. For example, if you want to be able to barcode across multiple cell divisions, then you need a homing guide that will stick around for a longer period of time. “At least as of this moment, we don’t have precise rules for how to choose the best homing guide RNAs,” he adds.

Future: Theoretically, the barcodes can generate a sufficient number of variants to cover all of the various cell types in an entire mouse brain. The group’s current focus is on taking their studies in vivo. 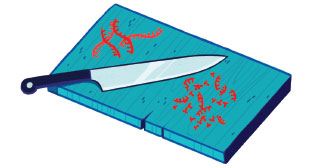 Background: Because it’s a genome-editing tool, conventional CRISPR-Cas9 is less than ideal for studying the plethora of genes that are transcribed but never translated—that is, the noncoding genome. Being able to manipulate RNA directly allows researchers to better understand RNA and to develop RNA-based therapeutics such as antiviral drugs.

Approach: In a proof-of-concept study, Zhang’s and Koonin’s groups collaborated to characterize the new CRISPR effector C2c2, which cuts specific targets in single-stranded RNA (Science, 353:aaf5573, 2016) and showed that it can degrade a specific mRNA in E. coli. (See “RNA-Targeting CRISPR,” The Scientist, June 2, 2016). The two teams have found many additional “flavors” of C2c2. With various collaborators, they are working with about 16 of these orthologs, and testing them for different applications, such tracking RNA in living cells.

Unlike RNA interference tools for quelling gene expression, C2c2 can be localized within the cell. “You can take it to the nucleus and have it knock down there. It becomes a powerful tool for probing the [expressed] noncoding genome,” says Omar Abudayyeh, a graduate student in Zhang’s group.

Getting started: The original C2c2 plasmid (from the bacterium Leptotrichia shahii) is available from Addgene, but note that it is not optimized for use in mammalian cells. It’s more likely to work in bacteria, or in nonmammalian eukaryotes such as plants, though they haven’t been tried yet, Abudayyeh says.

Even with the current ortholog, there is guide-to-guide variability when trying to target a transcript, Abudayyeh says. That’s because of not only the sequence itself but also the accessibility of the transcript. Many transcripts have secondary structures or are bound by proteins that obscure the sequence. To get around this problem, the group suggests tiling your target with many evenly spaced guides. In addition, computational tools predicting RNA structure may help inform how successful you’ll be with a particular target.

Of course, it’s important to check for protein expression to see whether your C2c2 works. In addition, they often tag C2c2 with an antibody to check its expression, says Jonathan Gootenberg, a graduate student in Zhang’s and Regev’s labs at Broad.

Future: Besides characterizing new orthologs of C2c2, the Broad groups are conducting guide-tiling arrays, which are like microarrays except that the oligonucleotide probes are guides, in order to develop a set of rules that can then help people predict success with guides.