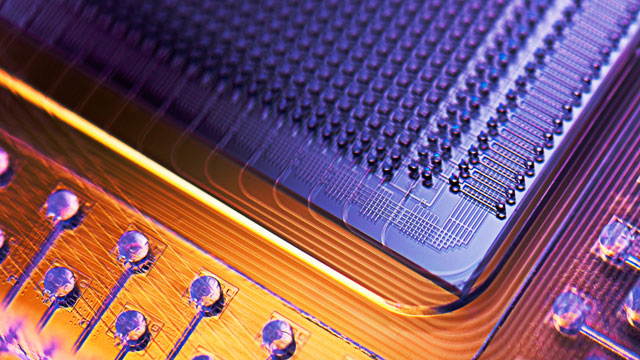 In the past few years, digital PCR has been used to detect and quantify cancer-causing genes in patients’ cells, viral RNA that infects bacteria, and fetal DNA in an expectant mother’s plasma—and has arguably done so better than quantitative, real-time PCR (qPCR), a mainstay of life science laboratories.

Although qPCR is here to stay, there’s much to prefer about digital PCR. Both are used to amplify, detect, and count individual nucleic acid molecules. Digital PCR is more precise, however, which makes it better for quantifying rare genetic mutations, deletions, and duplications in DNA. For example, with digital PCR it is possible to distinguish samples containing 10 copies of a gene from those with 11. In contrast, with qPCR, it is difficult to distinguish even 2 copies from 3.

Digital PCR works like conventional PCR, except that the machine first partitions your sample into hundreds...

“Digital PCR is a simple concept, it gives you much more precise data, there’s much less optimization of your primers involved, and you can target any locus you want very rapidly and easily,” says Frank McCaughan, a career development fellow at the  Medical Research Council Laboratory of Molecular Biology in Cambridge, U.K.

Despite its advantages and its rapid commercialization in the past five years, digital PCR remains unfamiliar to many researchers. The Scientist investigated instruments that are currently on the market or coming soon. Here’s a brief rundown of each system, and tips on getting started. Overview
The OpenArray system does both real-time and digital PCR. Launched in November 2010, it features digital plates, each of which divides samples into 3,072 chambers using microfluidic technology—in this case, shooting the sample into nanoscale holes (called “through-holes”) arranged in 48 subarrays of 64 holes each. Capillary forces and hydrophilic and hydrophobic coatings on the plates help keep each reaction separate. Three plates can be processed in a single run, but they are not reusable.

Selling point
The tray’s division into subarrays lets users choose how many samples to run and how many chambers to divide those samples into, which can save money, notes early user Mikael Kubista, founder and CEO of TATAA Biocenter in Sweden.

Cost
$140,000 for the complete system; $3/sample, when customers run 48 samples per plate; digital plates are sold separately as part of kits that start at $350 Overview
The only commercial digital PCR system that employs droplets rather than microfluidic chips to partition samples, the Bio-Rad QX100 ddPCR System (formerly known as QuantaLife Droplet Digital PCR) uses water-oil emulsion to divide each sample into 20,000 droplets, in which the normal steps of PCR occur before the droplets are funneled through a reader that functions like a flow cytometer. Researchers can create 8 sets of droplets in parallel using the droplet generator.

Selling point
Because most labs employing PCR already have a thermocycler, the system doesn’t include it, says Ben Hindson, cofounder and chief scientific officer at QuantaLife, which is now part of Bio--Rad in Hercules, California. That  saves on cost (and provides flexibility for different thermocycling protocols and assays). The platform also uses a 96-well plate, which is what users are set up to do in real-time PCR applications, Hindson says. Beta tester and early adopter Muneesh Tewari at the Fred Hutchinson Cancer Research Center in Seattle, Washington, has an entry-level research technician and a senior scientist running the instrument. “It’s pretty straightforward after you’re trained to use it,” he says.

In development
The ddPCR system is for sale in the United States only, but Bio-Rad plans to begin selling globally before the end of the year. The company is also working to make more protocols, such as gene expression measurement, available. The goal is to make customers aware of the more advanced applications they can do with the instrument, Hindson says.

Independent published studies
None yet, though Tewari and others are independently evaluating the system. His cancer biology group is investigating how results vary between days, wells, and runs, and they are comparing the method to real-time PCR. “I can say from our results [using QuantaLife’s system] that there’s definitely increased precision and ability to resolve differences between samples, using synthetic microRNAs at the very low end of the concentration range,” says Tewari. Overview
Released in February, BioMark HD (a slightly tweaked version of the BioMark, which came out in 2006) also performs real-time and digital PCR using microfluidic circuits to partition samples. For digital PCR, Fluidigm offers two different arrays: 12.765 chips, which run 12 samples and 765 reactions/sample, and 48.770 chips, which run 48 samples and 770 reactions/sample.

These digital arrays are also compatible with the EP1 system, a simpler Fluidigm instrument that measures the amount of nucleic acid product at the end of the amplification rather than in real time throughout the reaction.

Selling point:
Company experience. “What makes us more compelling is the fact is that we’ve been in this for a fair amount of time,” compared with emulsion-based digital PCR systems, says Ramesh Ramakrishnan, d-irector of molecular biology at Fluidigm.

Independent published studies
None yet on the BioMark HD, but Dennis Lo’s group at the Chinese University of Hong Kong found that the original BioMark was more precise than conventional PCR at quantifying fetal DNA in the plasma of pregnant women for noninvasive prenatal diagnosis (Clin Chem 54:1664-1672, 2008).

In development
Fluidigm has developed a microfluidics-based prototype chip with 200,000 reaction chambers. The company has also licensed a new digital PCR method that generates 1 million separate reactions. The tool uses surface tension–based sample partitioning and dehydration control—a new mechanism for generating separate reactions (Nat. Methods 8:649-51, 2011). (See "Next Generation: Hundreds of Cell-Analyses at Once".) But until customers clamor for such resolution—or the ability to run more samples at the same resolution—the company isn’t hurrying to commercialize these tools, notes Ramakrishnan.

Life Technologies launched a new digital and real-time PCR system, called the QuantStudio 12K Flex, in October. It is compatible with OpenArray Digital PCR plates and runs four of them at once rather than three.

The instrument does traditional qPCR using four additional types of formats, including 96-well and 384-well plates. Someone doing traditional qPCR on the 384-well plates could process a second set of samples using the digital PCR plates as a way of getting the precise copy number, notes Vanee Pho, product manager for the OpenArray instrument line.

The cost ranges from $90K–$190K, which includes software and the block that holds digital plates (not the plates themselves). Life Technologies is lining up test users for the instrument.

Massachusetts-based RainDance Technologies plans to release a droplet-based digital PCR instrument in 2012. The system will come with a droplet generator and detector. The company claims to be able to divide one sample into 10 million picoliter-scale droplets. Although RainDance has not set a price, it anticipates the instrument will run around $100,000, or similar to a high-end qPCR system.

“Unlike the [Bio-Rad] system, our system seals up the sample in a pre-PCR environment so that when it’s transferred into the post-PCR environment there’s no chance of having any amplicon contamination or cross-contamination between samples,” says Andy Watson, vice president and chief marketing officer at RainDance.

Correction: In the original article it was incorrectly stated that a thermocycler will be included as part of the RainDance Technologies digital PCR system planned for release in 2012. The Scientist regrets the error.