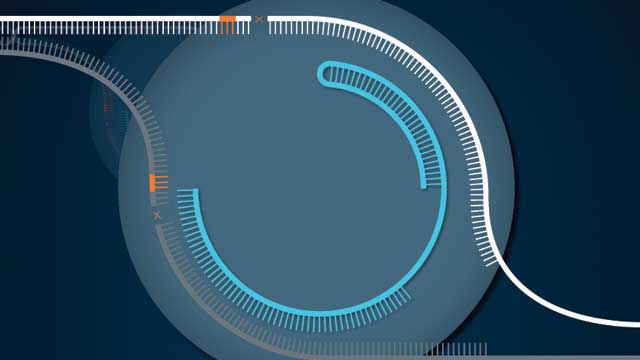 With gene editing—and in particular, the CRISPR/Cas9 system—scientists are in some sense building a shiny new car at the same time they are taking it for a spin. And it’s been a joyride. CRISPR/Cas9, as it was originally conceived for gene editing in late 2012, makes cuts at specific locations along DNA with help from a short stretch of guide RNA that takes the Cas9 endonuclease to a specific site.

Increasingly, groups are applying this technology in large-scale genetic screens—for example, to identify mutations that drive treatment resistance in cancer, or to rapidly assess drug targets. RNA interference doesn’t come close to what CRISPR/Cas9 can do for genetic screens, both in specificity and in efficiency.

At the same time, researchers such as Traver Hart of the MD Anderson Cancer Center are working to further understand the power and the limitations of CRISPR/Cas9 and what it does in, for example,...

Hart and Zhang discuss their work on the frontlines of CRISPR/Cas9 development and application in
“Genetic Screens: A Route to Rapid Progress in Disease Targeting and Drug Development,” a webinar from The Scientist.

The following pages contain highlights from their presentations. 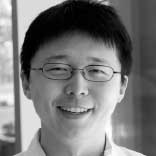 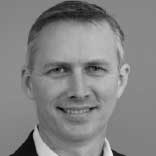 Traver Hart
Assistant Professor Department
of Bioinformatics
and Computational
Biology
MD Anderson
Cancer CenterMIT’s Feng Zhang discussed engineering the Streptococcus pyogenes Cas9 protein to improve specificity (Science, 351:84-88, 2016). The Cas9 endonuclease can induce off-target mutations when pairing between DNA and the guide RNA is not perfect, which makes it less than ideal for precision editing of the genome in clinical settings.

DNA strands need to separate to accommodate the Cas9 protein. Structural analysis by Zhang’s group revealed a positively charged groove on the Cas9 protein at the spot where the negatively charged non-target DNA fits. “We thought maybe if we [neutralized] some of these positive charges then we could weaken the stabilization and therefore make [Cas9] more specific,” Zhang says.

They tried this approach using guide RNAs that have been known to land on particular off-target sites. The group created 32 single-point mutants of Cas9 and targeted each of them to the gene EMX1 via its validated but error-prone guide RNA. Five of the Cas9 mutants were able to preserve the on-target editing of EMX1 but reduce the cuts at off-target sites by tenfold.  Then the team tried using the mutated Cas9s to cut another gene, VEGFA (whose guide is known to cut at two previously identified off-target sites). Although all of the mutated Cas9s reduced off-target effects, the group thought that they should combine mutations to make the Cas9 even more specific, Zhang says. They generated two different mutants with triple-point mutations and “found we were able to preserve the on-target activity and then even further reduce the off-target activity so that we no longer detect it,” he says.

Zhang calls these enhanced-specificity Cas9 proteins “eSpCas9 variants.” Testing numerous guide RNAs with one single-point and one triple-point mutant eSpCas9, the scientists found that both of them edited on-target sites with similar efficiency. Although there were some variations in efficiency with different guides, “on average, [the mutants] were on par with the wild-type Cas9,” Zhang says.

By trying various mutations of guide RNAs in combination with the wild-type Cas9, Zhang’s group has found that there is a so-called “seed region” at the 3’ end of the guide that confers specificity. In contrast, the new eSpCas9 variants extend this seed region to include the entire guide. And the group is continuing to make the system even more specific, says Zhang.

Discovering unknown gene function using CRISPR
One exciting feature of the CRISPR system is how specific guide RNAs are, Zhang says. This makes it possible to generate a lentivirus library of CRISPR guides that target every gene or multiple sites within a given gene. These are then transduced into cell lines, resulting in pools of cells in which individual genes have been either inactivated (Science, 343:84-87, 2014; Cell, 160:1246-60, 2015) or activated (Nature, 517:583-88, 2015).

To show the power of these screens, Zhang’s group addressed treatment resistance to melanoma. The BRAF V600E is a well-known cancer mutation that is treated by the US Food and Drug Administration–approved drug vemurafenib (Zelboraf). However, resistance arises in rapidly mutating cells, and by 24 weeks of treatment the tumors return.

“We thought this might be an opportunity for us to apply a genome-scale library to see what are the genes—when you either turn them on or turn them off—that would render the tumor cell resistant to vemurafenib,” Zhang says.

Zhang’s CRISPR knockout library uses guides that target all the conserved coding exons in the genome. “When designing these kinds of screening experiments, we always use multiple guides so that we have some redundancy and also to be able to know that the effect of any single guide is not due to an off-target modification,” he adds. They then tried to validate their new candidates and compare their results to a previously conducted RNAi screen (Cancer Discov, 3:350-62, 2013), finding that they could confirm several of their top CRISPR hits confer vemurafenib resistance; in the RNAi screen, only the top hit was confirmed.

Gain-of-function CRISPR-based screens developed by Zhang’s group have also enabled the study of vemurafenib resistance. Zhang calls this new CRISPR-based tool for activating genes the synergistic activation mediator, or SAM, which his team showed can activate 12 different genes that they had had trouble switching on using older methods. “And for many genes where the old system couldn’t really activate, the new system is able to activate transcription by 100- or 1,000-fold,” Zhang says.

Zhang’s lab is working to further expand the CRISPR editing toolbox by identifying additional enzymes useful for genome editing. For example, last fall they discovered Cpf1, another DNA endonuclease that is equipped with different cutting actions that may make it more useful in some cases (Cell, 163:759-71, 2015). The group also described additional CRISPR/Cas systems C2c1, C2c2 and C2c3 (Mol Cell, 60:385-97, 2015), and is studying their mechanisms.

CANCER TARGETING USING GENETIC SCREENS IN HUMAN CELL LINES
Traver Hart
RNAi-based screens have made genome-scale perturbation screening in human cells possible. But an incomplete understanding of the biology of RNAi and of the data generated by such screens has led to some false starts in the field, says Traver Hart of MD Anderson Cancer Center, citing a 2012 Science perspective that expounded on these issues and argued for more-sophisticated approaches to studying mammalian gene function (337:421-22, 2012).

Working in Jason Moffat’s lab at the University of Toronto, Hart himself helped define a set of gold standards that can be used to evaluate the quality of both RNAi and CRISPR genetic screens (Mol Syst Biol, 10:733, 2014), just as the first two large-scale CRISPR knockout screens in human cell lines were published (Science, 343:84-87, 2014; Science, 343:80-84, 2014). Using the HCT116 cell line (derived from a human colon cancer) as an example, Hart showed that CRISPR screens are not only more sensitive but they also do not generate additional background errors.

How do CRISPR screens represent such an improvement over RNAi? CRISPR screens work across a “whole range of biologically meaningful gene expression [levels], whereas shRNA [short hairpin RNA] seems to work really well only at very high expression levels,” Hart says. “This was information that we didn’t have from the shRNA data until we had something better to compare it to. So, we didn’t know what we didn’t know. This is one way that we’re quite sure that CRISPR has completely revolutionized this field of genetic screening.”

Hart’s group recently generated the Toronto KnockOut (TKO) library, a second-generation library of lentiviral-encoded guide RNAs that target 17,661 human protein-coding genes. They conducted fitness screens (also known as essentiality screens) in four cancer cell lines and one normal cell line. In their study, they defined a fitness or essential gene as one whose perturbation diminishes cell growth and proliferation. The team detected nearly 1,600 core fitness genes (Cell, 163:1515-26, 2015). “That number is astonishing to anyone who’s done shRNA or RNAi work (where that number is in the low hundreds),” Hart says.

What Hart and his colleagues are primarily interested in, however, is what genes are differentially required across different cell lines or genetic backgrounds. Knowing the genotypes of the cell lines they’ve studied so far helps them make predictions. For example, the colon cancer–derived DLD1 and HCT116 cell lines both have KRAS driver mutations, suggesting that the downstream MAPK pathway is active, and this prediction bears out in their screens.

To better understand context-specific vulnerabilities in each cell line, Hart subtracted the core essentials and conducted functional enrichment tests on their remaining context-
specific essentials. This revealed a unique signature of processes required for optimal fitness, he says.

These studies have revealed some surprises: cell lines with similar genetic profiles can differ in their fitness profiles. For instance, both DLD1 and HCT116 carry oncogenic KRAS mutations, yet the gene for epidermal growth factor receptor, a cell-surface receptor linked with numerous cancers, including colorectal cancer, and its molecular partners are hit in only the DLD1 line.

In a separate, as-yet-unpublished line of work, Hart’s group conducted a follow-on screen in HPAF-II pancreatic cancer cells. The genetic screen detects numerous secondary processes involved in cell proliferation—for example, posttranslational modifications and receptor endocytosis. “In many senses, this is an embarrassment of riches you get from one of these screens,” Hart says.

In addition, the screens fingered specific members of receptor families—1 of 10 in the frizzled receptor family and 1 of 17 Wnt ligands—as essential. “Not only do we get the breadth of the pathways and processes that are required to support wild-type growth in this cell line, but we also get very specific, potentially actionable targets,” he says.

Core essential genes in cancer cell lines can also be explored as therapeutic targets. In 2012, Dana-Farber Cancer Institute researchers showed that when mutating cancers delete regions coding for tumor suppressor genes they also remove various “passenger” genes that do not directly play a role in cancer but that may leave tumor cells vulnerable to additional specific insults (Cell, 150:842-54, 2012). This concept has since been dubbed “collateral lethality” and is believed by Hart and others to be an opportunity for therapy (Trends Cancer, 1:161-73, 2015).

The inventory of core essential genes will continue to grow, and sharpen, as more researchers conduct CRISPR screens, Hart says. “They are scattered all over the genome, and as idiosyncratic copy losses occur in tumors, any one of these might then become a therapeutic target,” he says. “This is a very exciting frontier for cancer research—not just the context sensitivity but also the core essentials are potential therapeutic targets.”

A video link to the webinar can be found here.