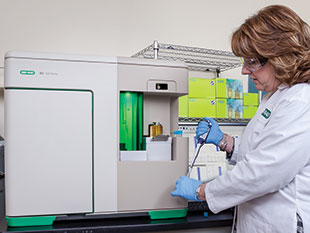 BIO-RADCOURTESY OF BIO-RAD LABORATORIESUntil recently, cell sorting was a constant topic of conversation in Stacy Blain’s lab—and not in a good way. Blain, an assistant professor of cell biology and pediatrics at SUNY Downstate Medical Center in Brooklyn, New York, recalls long strategy sessions with her senior graduate student on coaxing their ancient, huge cell sorter to perform. But since purchasing a compact, highly automated Bio-Rad S3 cell sorter in January 2014, her team zips through its sorts and can move on to thinking about their research questions.

“It is really a piece of equipment for small labs who want to ask questions, and don’t want the sorting to take on a life of its own,” she says. “The sorting is just a means to get you a tool to do the experiment.”

The S3 also makes it easier for Blain, who codirects a small core...

Instruments for fluorescence-activated cell sorting were once uniformly bulky and required experts at core facilities to operate. But a new generation of smaller, cheaper sorters that have emerged in the past few years allows researchers to perform simple sorts on their own, often with only brief training.

The larger sorters are faster and can handle more colors, “but we didn’t need to sort with 10 colors,” says Blain. “We could get what we wanted with four colors,” and the smaller machines are still relatively fast, she said.

Researchers increasingly are taking advantage of GFP-based cell sorting to isolate particular cell populations for sequencing or other further tests. Most recently, scientists making knockout cell lines using gene-editing CRISPR systems have started tagging their nucleases with GFP so they can sort out cells that are likely to have been successfully genetically engineered.

Small cell sorters are also attractive from a safety perspective: In recent years, cytometrists have become more aware of the danger of inhaling aerosolized droplets containing cells. Smaller sorters fit into standard biosafety cabinets or can be purchased with their own specially designed containment devices. Larger sorters can also be purchased with containment devices, but these are more expensive and can be “the size of a room,” said Rae.

Here, The Scientist profiles affordable, low-complexity sorters with a range of capabilities, costs, and required cell-sorting experience for operators.

BIO-RAD S3/S3E
Overview
The S3 cell sorter was first designed as the Avalon cell sorter at Propel Labs in Fort Collins, Colorado. Before its full commercial release, Bio-Rad of Hercules, California, acquired and renamed the machine, shipping the first S3 cell sorter in March 2013. In September 2014, the company released an additional version of the sorter called the S3e, in which the nozzle automatically realigns itself during daily start-up or after being swapped out for cleaning. 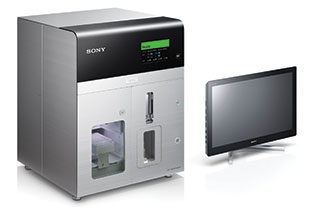 SONY SH800SONY BIOTECHNOLOGY INCTraditionally known for consumer electronics, the Japanese company Sony got into the cell-sorting business in 2010, when it acquired the flow cytometry company iCyt. Sony Biotechnology launched the SH800 in North America in late 2012. 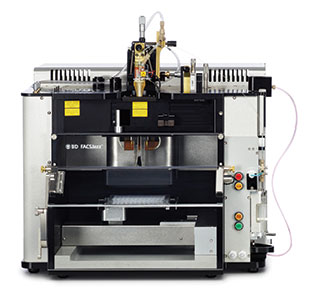 BD FACSJazzCOURTESY OF BD BIOSCIENCES, A SEGMENT OF BD (BECTON, DICKINSON AND COMPANY)Launched in June 2012, the FACSJazz from BD Biosciences is a stripped-down version of the larger BD Influx, with some variables such as nozzle size and sheath pressure fixed to simplify operation. 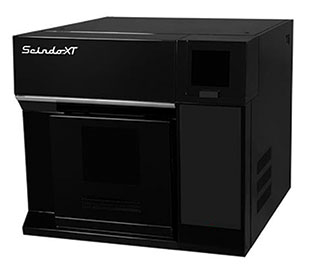 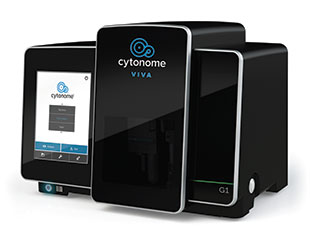 CYTONOME VIVA-G1COURTESY OF CYTONOMESeeing a recent uptick in interest for sorting cells expressing GFP, developers at Cytonome set out to develop an instrument optimized for sorting cells with that marker. The Cytonome Viva will launch this month.