As one thoroughly trained in evolution at the Johns Hopkins University, New York Medical College, and the University of Michigan Medical Center, I read your article critical of the mainstream press for not relaying the strength of evolution as a scientific principle.1 Actually, the article itself confirmed the press's position by clearly demonstrating that evolution is not a science but a religion.

The presence of numerous sauropod eggshells in Patagonia is certainly evidence that sauropods existed but not necessarily that they evolved. All of the other 12 examples the authors cite as evidences for evolution, plus the also-mentioned examples of antibiotic and pesticide resistance and the Human Genome Project, are equally good evidences of intelligent design, which [the authors] decry because science cannot investigate the supernatural. 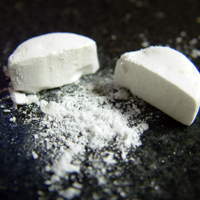