I am sure many of your readers join me in disagreeing with the accusations made by Marjorie Anchel in her Sept. 20, 1993, letter to The Scientist [page 12].

To say that "laboratories are exempt from the anti-cruelty laws" is to ignore the fact that the biomedical research industry is one of the most highly regulated industries in the United States.

The Animal Welfare Act (AWA) sets standards for the humane treatment of laboratory animals. This act has specific requirements for housing, feeding, sanitation, and ventilation. Many amendments were added to this 1966 bill that also govern the amount of living space, proper exercise, and psychological well-being of the animal. In fact, with all these regulations, some animal research laboratories cost more to build than hospitals.

Additionally, many institutions voluntarily adhere to even stricter laboratory guidelines, such as those of the American Association for Accreditation of Laboratory Animal Care (AAALAC).

Medical scientists strive to avoid excessive regulation, which does nothing for animal welfare but costs researchers time and money. These costs translate into paying more for health care and waiting longer for new treatments.

Furthermore, Quakers, who, according to Anchel's letter, "found themselves involved with animal protection as naturally as temperance and antislavery" were also meat eaters and used these same animals to work their fields, a lifestyle vehemently opposed by the "animal rights" movement.

I believe Anchel is confusing animal welfare, which all responsible scientists support, with animal rights. Animal rights is an indefensible stance that equates the life of a rat or any research animal with the life of a human being.

If we had followed the animal rights philosophy 50 years ago, our children would still be suffering from diphtheria, whooping cough, and measles. And we'd still be dying from polio and rabies. 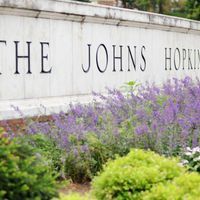