I applaud your continued efforts to bring business and legal issues to the attention of the scientific community.1 However, there are a few points that I wish to make. First, the subhead "Awarding of patent may only reflect who filed first," while titillating, is clearly legally incorrect under U.S. patent law. In the United States the first to invent any new and useful article of manufacture or method is the true inventor and entitled to a patent, if the inventor satisfies the disclosure, description, and other requirements for a patent under U.S. law. This is in contrast to the rest of the world where the first to file, regardless of their being the actual first to invent anything, is usually granted the patent.

Recent attempts have been made to alter U.S. law from a first to invent system to the first to file system; however, many legal, cultural, and policy obstacles have prevented this from happening. The U.S. patent system, as it now stands, is the most inventor-friendly in the world, giving the small inventor an equal playing field with those of a large corporation.

Second, in the closing paragraph, the author seemingly disparages Rochester's attempt to assert its patent rights over the accused infringers. The author implies that the cost of the licensing fees are a needless expense that will be passed on to the already overburdened patient population. It is a politically correct sentiment to wish for lower pharmaceutical costs; however, someone must pay for the research investment. Patients may very well have been deprived of the benefits of the COX-2 inhibitor class of medications if there were no research driven by a profit motive to find such new drugs and targets for treatment.

The patent system is designed to promote the creation of new inventions that benefit society by granting the inventor a limited time of exclusivity to profit from the invention. Exercising a patent right is no more egregious than claiming the winnings from a lottery ticket in a state where the lottery funds are given to support public education.

With only the article as a guide, the description of the basic research related to the field of COX receptors could mislead readers into thinking that all their incremental basic research may be patentable. This is generally not the case. A scientific result that may be a groundbreaking basic research discovery, which is even publishable in a peer-reviewed journal, does not necessarily support a patentable invention. It depends on the nature of the discovery. The patent laws have many requirements for patentability, which are beyond the scope of my letter.

Finally, methods and genes and compounds are all patentable under U.S. law. In general, the use of a compound to practice a claimed method is still practicing the claimed method and will be patent infringement. What is involved in this instance is the asserted domination (by the Rochester patent) of one patent over the use of the subsequent specific compounds that have been identified by other parties and may act by the general method claimed by the patent. As reported by the article, one issue to be argued is that the Rochester patent may not fully support the claimed method. This is only one legal issue amongst a multitude for the courts to decide in this case. 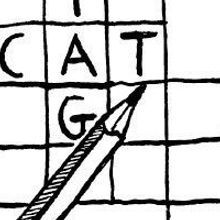