We appreciate Andrew H. Knoll's review of Microcosmos (THE SCIENTIST, October 20, 1986, p. 20). It is, however, conservative. In many ways the tradition in biology has been an extension of the capitalist world view. People bridle when they hear that evolution is a cooperative phenomenon, that the biosphere represents the joint activities of those organisms, past and present, adept at surviving in each other's presence. They contrast this with the notion that evolution means competition among individuals.

Yet this is clearly a limited viewpoint. It probably has more to do with the Western cult of individualism, with the capitalist ethic of competition, than it does with biological fact. In fact, "individuals" such as animals are not individuals at all, but clones of billions of nucleated cells integrated with symbiotic colonies of bacteria. When an "individual" such as Andrew Knoll pays lip ser vice to the prevailing status quo that evolution is really competition and not cooperation, his physical constitution-his multicellular, multiancestral anatomy-belies his view.

Actually, the word "compete" derives from the Latin roots "together" and "to seek." The bastardized English meaning with its hint of winner-take-all is only part of the story. The most ruthless competitors ruin their environment and themselves. The other part of the story is cooperation-mutual survival. We got here because germs that couldn't beat each other joined each other. Each individual is like a team in the National Basketball Association: we may compete with each other but our existence itself is cooperative.

Our book tries to shed light on biological teamwork, but the fact of the matter is that we are a very self-centered species. This has been part of our success. Yet, if we cannot overcome this selfish attitude and come into harmony with the largely living environment, we may well return the planet to older, more symbiotic life forms. 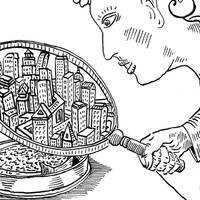 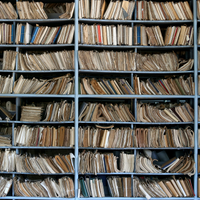