Your recent article on peer review omitted the fact that far too many journals do not report back to their reviewers. Only if a reviewer gets the decision letter plus the other reviews will he be able to learn and improve. Learning about the decision only when the paper makes it - or doesn't - to Medline is not sufficient.

Your article and editorial on peer review make it clear that it is probably inevitable that the young, nonworking scientists who edit certain journals will find themselves unable to deal appropriately with a wide range of complex scientific topics, with famous and sometimes overbearing authors, and with equally famous and sometimes unethical reviewers.

Scientists themselves must shoulder some of the blame, however. It is a double embarrassment to modern science, especially biological-biomedical science, that the community has allowed itself to be cowed into accepting the self-serving claim that Science, Nature and Cell publish better science than journals edited by distinguished scientists and that tenure and grant review committees now see publication in such journals as a requirement for success. This absurd situation places in the hands of inexperienced, nonworking scientists the power to determine in large measure the career paths of committed scientists and the future directions of research. Isn't it time for working scientists to take back control of the direction of their fields?

When essential genes aren't that essential

In "Making due with the bare minimum" Eric Rubin and others discuss the nature of what are sometimes called "essential genes" in prokaryotes such as Bacillus subtilis and Mycobacterium tuberculosis.They make the important distinction that the organisms being studied are grown on rich medium and imply that growth on minimal medium would require many more genes. That may be an oversimplification, however. For example, the deleterious effects in Escherichia coli (such as filamentation and UV sensitivity) from loss of the lon gene (a very primitive, heat shock gene found extensively in bacteria and many eukaryotes) are not seen on minimal medium. Loss of still more genes, including sul, restores the ability to grow on complex medium.

Along with the Aum Shinirikyo, Bhagwan Shree Rajneesh, and Yazidis perhaps Jack Woodall should add US religious fundamentalists who jeopardize lives every day by perpetuating their doctrine of intolerance. Of $15 billion pledged to AIDS programs in Africa by the US, close to one quarter (23%) has been allocated to faith-based organizations, many of which do not promote condom use, but do promote fidelity and abstinence. Aid money would be better spent on organizations that approach the problem of HIV in a holistic sense and not one that is concerned with promoting religious ideologies.

A better life for postdocs

As the first university in Europe, the Karolinska Institute founded Junior Faculty in 2002, offering a career development service for postdoctoral researchers with a PhD. We have addressed several of the concerns mentioned by the Postdoctoral Fellows Focus Group.

These include limiting postdocs to the five years following graduation, in the view that after five years, one should have established one's own line of research and taken the first steps toward an academic career. For those postdocs who find that the academic world does not suit them, we arrange numerous workshops, seminars, and career fairs. For those with academic ambitions, we arrange courses in grant writing and career planning for becoming an associate professor.

Sweden has recently established a Junior Faculty network, and we hope to serve as a good example for Junior Faculty offices within the global research community. 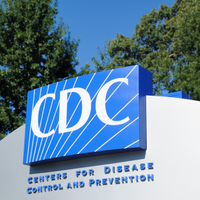