In his review of Radical Science Essays (The Scientist, February 23, 1987, p. 22), Laurence A. Marschall acknowledges that scientists often sidestep the issue of how closely they attain their ideal of absolute objectivity. He then expresses disappointment at the "conservative" approach of our book—at its supposed attempt to fit reality into preconceived schemes—at the same time that he praises certain essays as "provocative."

Yet those essays he finds provocative ask precisely the sorts of questions he criticizes as "hoary... questions of Marxist analysis," such as how a research situation can be cast "as a struggle between exploiters and exploited." For example, Jack Stauder shows that the original paradigm of anthropology arose from the British empire's need to stabilize the exploitation of its colonies. He argues that even the research done by the best-intentioned anthropologists still lends itself to use for imperialist control. Taking up the case... 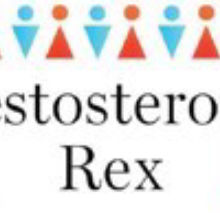