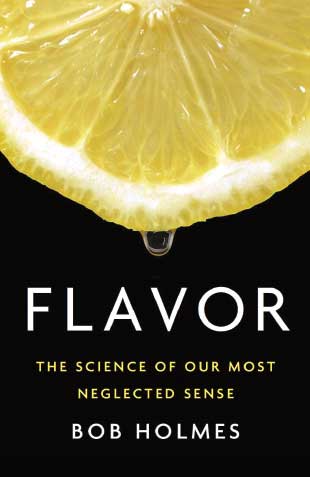 W.W. Norton & Company, April 2017Scientists know a fair bit about the genetics that underlie people's taste perceptions—enough, in fact, to make it clear that each of us lives in a unique world of flavor. Genetic differences likely explain some (though not all) of why former president George H.W. Bush hated broccoli, why a gin and tonic is ambrosia to one person and anathema to another, or why some of us put sugar in our coffee. I wanted to learn more—and, especially, I wanted to know where my own taste perceptions fit into the picture. That brought me to the Monell Chemical Senses Center in Philadelphia.

In particular, I wanted to see Danielle Reed, who has done a lot of the best work on genetic differences in taste perception. A few months before my visit, I had drooled into a vial and shipped it off to Reed for...

Reed's taste-test procedure couldn't be more low-tech. Her assistants hand me a box containing several numbered vials of liquid, plus a large plastic cup to spit into. Starting with vial 1, I sip the liquid, swish it around in my mouth, and spit into the cup, indicating on a questionnaire how sweet, salty, sour, and bitter I found the sample; how intense the sensation is; and how much I like it. And the I go on to vial 2. It's a bit like a wine tasting, but without the pretentiousness. And without the wine.

A few hours later, test scores in hand, it's time to sit down with Reed to see how they match up with my genes. In person, Reed is a short, plump, cheerful woman with frizzy dark hair who clearly thinks unpacking someone's genes is a bit like unwrapping a Christmas present. She must have done this hundreds of times by now, if not thousands, but the excitement is still there.

The first test turned out to be a bit of a trick: Vial 1 held plain old distilled water. I'm relieved to see that I scored its taste intensity to be "like water"; rated it dead neutral on the liking spectrum; and detected no sweet, salty, sour, or bitter tastes. At least I'm not tasting stuff that isn't there.

First up, T1R3, the gene that contributes to the receptors for sweet and umami. Reed had tested my genome for a variant that, other researchers had found, affects sweet perception. These genetic variants are like spelling changes in the genome. Just as changing a single letter—"dog" to "dig", say—can alter a word's meaning, changing a single letter in the DNA sequence of a gene can alter the resulting receptor protein. For the T1R3 variant, people with a T at one particular spot are less sensitive to sweet taste, and like it more, than those with a C. "It's like they can't taste sweet as much, so they are choosing the higher concentrations," says Reed.

I turn out to be a TT—one T from each parent—which should make me a classic sweet craver. But that really didn't make sense, I told her. Just that morning, I'd been given a sweetened iced coffee at Starbucks by mistake, and I had ended up pouring most of it out, because it was much too sweet to drink. As far as I'm concerned, it's also no big deal to skip dessert after dinner—it's not important to me. Had something gone wrong with the genotyping?

Reed turned to my taste-test result and burst out laughing. "Oh, look at you! You're not so far off here." I'd rated the 12 percent sugar solution—roughly equivalent to a (flat) soda--as only moderately sweet, and highly pleasant. Reed herself—a CC—finds it disgustingly syrupy. Clearly, the link among genes, taste perceptions, and actual food choices is not a simple one.

That complexity is also evident in some of my bitter receptor genes that Reed tested. One of these was the bitter receptor T2R19, which detects quinine, the bitter chemical found in tonic water. I had the low-responding gene variant, according to the genetic test. Sure enough, when I sipped Reed's quinine solution, I scored it only mildly bitter and not very intense. That square nicely with my liking for tonic water, which is about the only soft drink I ever drink. But it doesn't explain Reed's fondness for gin and tonic, because she carries the high-intensity gene variants. "I taste gin and tonic as very bitter," she says, "but I love it!"

Then there's T2R38, the bitter receptor that determines sensitivity to PROP and PTC, the chemicals widely used in taste demonstrations, as well as the bitter thiourea compounds in broccoli and brussels sprouts. The genetic test backs up what I already knew: I'm one of the "lucky" ones who reacts strongly to these bitter chemicals. And when I tasted the PTC solution, I scored it as intensely bitter.

So why does Dani Reed like gin and tonic, which she finds intensely bitter? Why am I drawn to the foods and drinks I taste as bitter, instead of avoiding them?

"What you taste isn't always what you like," says Reed. "I always say, 'It's the brain, stupid!' You can learn! Within the correct context, it's very much beloved." Indeed, we quickly learn to find pleasure in flavors—even ones we initially find repulsive—that are paired with attractive rewards. The bitter coffee that delivers a wake-up jolt soon becomes pleasant in its own right. Same for the bitter beer or gin and tonic that accompanies an evening with good friends.

Excerpted from Flavor: The Science Of Our Most Neglected Sense. By Bob Holmes, published by W.W. Norton & Company. Copyright by Bob Holmes, 2017.