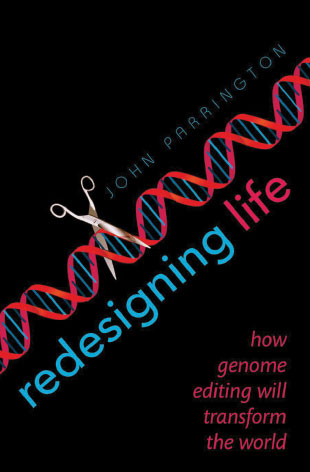 Developing new approaches for getting ES or iPS cells to develop into complex 3D structures is one important aspect of stem-cell technology. An equally crucial one is the ability to control the differentiation pathway. At the heart of such control is an understanding of the genetic pathways underlying the development of specific cell types, tissues, and organs in the normal developing embryo. Just as important is having the ability to manipulate such pathways in a culture dish. And it’s here that a combination of genome editing and stem-cell technology is proving particularly fertile. In particular, the flexibility and efficiency of approaches like CRISPR-Cas9 are taking the genetic manipulation of ES and iPS cells, and the differentiated cells derived from them, to a previously undreamt of level of sophistication.

The original development of knockout and knockin mice was made possible by the...

With this approach, Zhang’s team can now “take out the gene at any given time, in any type of cell.” This is important because shutting a gene off too soon can kill the stem cell or inhibit its development. And, according to Zhang, “you may want to delete it after the cells have differentiated into heart, brain or liver cells . . . That precision is one reason I see so much promise in this technology.” Zhang now wants to apply his new approach to the study of brain development. “You can very quickly pin down exactly what [a] gene does, at the stem cell stage, neural stem cell stage or at the differentiated neuron stage,” he said.

To demonstrate this precision, Zhang’s team engineered human ES cells so that they could knock out orthodenticle homeobox 2 (OTX2), a gene known to be involved in formation of the midbrain, at any stage of the differentiation of human ES cells into different types of brain structures. During brain development, the midbrain develops before the forebrain, the site of higher mental functions. By delaying the knock out of the gene, Zhang and his colleagues were able to show that the gene is also essential for the formation of the forebrain. “If you knock it out, you simply don’t have the cerebral cortical cells, and they are essential to what it takes to be human,” said Zhang. “This is a really definitive way to show what genes are doing.”

While the combination of stem technology and genome editing promises to have a major impact on biomedical research, it also has important implications for the development of new therapies. In particular, genome editing provides a new level of genetic precision that looks set to transform the way stem cells are used to create replacement cells, tissues, and organs. And the ease with which it’s now possible to generate iPS cells from particular individuals and use genome editing to alter them, means that this specific combination may be a powerful new type of disease treatment.

Take for instance a study by Linzhao Cheng and colleagues at Johns Hopkins University, which demonstrated how CRISPR-Cas9 could be used to treat sickle cell anaemia. This disorder results from a single amino acid change in the β-globin protein. That alteration makes the haemoglobin molecules form rope-like cables that cause the red blood cells that contain them to bend into rigid, sickle shapes. The sickle cells lodge in narrow capillaries, cutting off local blood supplies and causing great pain in the affected body parts. The depletion of the red blood cells also causes the overwhelming fatigue of anaemia. Eventually, this disorder can prove fatal.

Cheng’s team took blood cells from people suffering from sickle cell anaemia and induced them to change into iPS cells. They then used CRISPR-Cas9 to correct the mutation in the β-globin gene that causes the disorder. Finally, the researchers coaxed the corrected iPS cells to differentiate into mature red blood cells that did not have the abnormal sickle shape. To become medically useful, the technique of growing blood cells from stem cells will need to be much more efficient and scaled up significantly. The lab-grown stem cells would also need to be tested for safety. But Cheng believes that “this study shows it may be possible in the not-too-distant future to provide patients with sickle cell disease with an exciting new treatment option.” Cheng’s approach may also be useful for treating other disorders of the blood.

A strategy involving both genome editing and iPS cells might also offer a route to treat the severe and ultimately fatal muscle-wasting disorder, Duchenne’s Muscular Dystrophy (DMD). Showing the potential of such a combined approach, in 2014 Akitsu Hotta and colleagues at Kyoto University generated iPS cells from individuals with DMD. They then used genome editing to correct the defect in the dystrophin gene in these cells. Finally, they showed that the genetically corrected iPS cells could differentiate into skeletal muscle cells and express full-length dystrophin protein. A major goal now is to see whether such corrected muscle cells can be introduced back into DMD sufferers to treat their condition.

Perhaps the biggest hope for the use of combined genome editing and iPS technology for therapeutic purposes is for the treatment of brain disorders like multiple sclerosis, Parkinson’s, and Alzheimer’s. For instance, Mathew Blurton-Jones of the University of California, Irvine, plans to use CRISPR-Cas9 to insert potentially therapeutic genes—like the growth factor brain-derived neurotrophic factor (BDNF) or the enzyme neprilysin, which can degrade the plaques that form in the brains of people with Alzheimer’s—directly into iPS cells.

In April 2014 Blurton-Jones had some success in treating a mouse model of this disorder by injecting the mice with iPS-cell-derived neurons overexpressing neprilysin. However, he inserted that transgene randomly into the cell genome. “That’s fine for a basic science experiment, but not for the clinic,” he said. “We would need to target a specific locus that we know is safe, and CRISPR dramatically increases our ability to do that.”