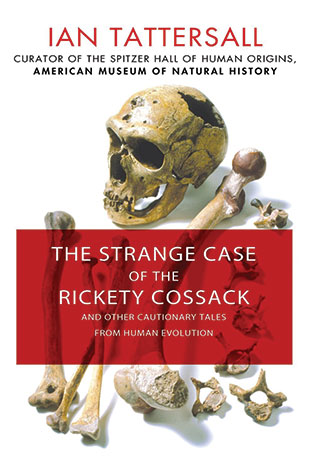 PALGRAVE MACMILLAN TRADE, JUNE 2015Most of my research nowadays is in paleoanthropology, as I try to understand the fossil and archaeological evidence for human evolution. Like all of my contemporaries in the English-speaking world, I was initially trained to look upon the biological history of the human family as a single-minded (and implicitly heroic) struggle from primitiveness to perfection. The going assumption, when I was a graduate student, was that evolution is a process of fine-tuning that, over the eons, gradually makes its subjects ever more perfectly adapted to the environments in which they live. That perspective was hardly surprising, since it intuitively appeals to members of a species that is the only representative of its group in the world today. This lonely state of ours makes it appear logical to reconstruct the story of our evolution by projecting the single species Homo sapiens back in time, in...

But that is purely in hindsight; in prospect, which is how evolution works, things would have looked very different. The upshot is that what I’d been taught about human evolution was very far indeed from the whole story, and it was my involvement with lemurs, beginning in the late 1960s, that gave me my very first inkling of this.

What any observer of the lemurs of Madagascar immediately notices, before anything else, is that they are amazingly diverse. There are way north of 50 species of these lovely primates, arrayed into five different families. These range from the tiny scurrying mouse lemurs, to the cat-sized quadrupedal “true” lemurs, to the long-legged leaping sifakas and lepilemurs that typically hold their bodies vertical, to the bizarre, bat-eared, bushy-tailed aye-aye. What’s more, if you’d been fortunate enough to visit Madagascar a mere 2,000 years ago, you would additionally have seen the hanging “sloth lemurs,” the giant koala-like megaladapids, and the vaguely monkey-like archaeolemurids, all of them weird and wonderful, and much bigger than their surviving relatives.

In other words, the whole lemur fauna loudly blares diversity at you. Not just diversity in body forms and lifestyles, but evolutionary diversity too, with several distinctive families, lots of genera, and huge numbers of species. What’s more, it turns out that diversity, even on this eye-catching scale, is hardly unusual among successful groups of mammals. In fact, it is rather routine. Successful mammal families have a strong tendency to spread geographically and to diversify phylogenetically. Applying this les- son from my studies of the lemurs to the very varied human fossil record, I soon realized that our own hominid family is actually no exception. Far from having been the linear, perfecting process that most of us were taught about—if we were taught anything about it at all—human evolution actually witnessed high drama, as one new species after another was pitchforked out into the ecological arena to do battle for survival and success—and, as likely as not, to become extinct in the process.

Acknowledging this pattern of events entirely changes our perspective on how we became the highly unusual creatures we are. For it rapidly becomes apparent that we human beings are not the burnished product of incremental improvement over the eons. Instead, we are one particular outcome of an active process of experimentation with the evidently many ways there are to be a hominid. This, in turn, casts considerable doubt on the received assumption that we were fine-tuned by evolution to be a creature of a particular kind.

Yet because there is undeniably something very unusual about us today—so unusual, indeed, that our species really has radically changed its relationship to Nature—it has proven very difficult for paleoanthropologists to perceive our hominid precursors as just another bunch of primates, and to see the process that produced us as merely another example of something that occurs widely among mammals. Right from the point at which it was realized—over a century and a half ago—that we have a fossil record, there has been a distinct leaning toward what one might call hominid exceptionalism: the instinctive assumption that, because we are so different today, our own ancestors did not necessarily play the evolutionary game by the same rules that apply to everything else out there. It is this vague exceptionalist feeling that accounts for the notable conservatism in paleoanthropology that I began by complaining about. In one form or another, it has existed from paleoanthropology’s very earliest beginnings—where any account of our understanding of ourselves has to start.