"Invention is alive and well in the US, but innovation - the successful commercialization of invention - is in steep decline."

Ed Silverman's "The Trouble with Tech Transfer" does not put the subject in context and focuses only on anecdotal evidence. Academic tech transfer offices were set up by institutions in response to the Bayh-Dole Act, which The Economist called "possibly the most inspired piece of legislation to be enacted in America over the past half-century."

The results continue to this day: The forthcoming Association of University Technology Managers annual survey will record, for fiscal year 2005, 28,349 current, active commercialization licenses. Each represents a university-company relationship to develop a product to benefit people. There have been 3,641 such new products in the marketplace since 1998 and 5,171 new spinout companies based on academic research created since 1980, each creating economic activity in its region.

In the United States, this is an enormous endeavor, involving more than 190 research universities in all 50 states. Add the tech transfer opportunities pouring out of the 700 research centers and laboratories of Federal departments and agencies conducting more than $100 billion in R&D annually, and the thousands of small and medium sized companies innovating with us and others and you see a significant part of the innovation-driven US economy.

It is to be expected in something involving so many clever, driven people working across disparate organizations over vast distances. Tech transfer, however, works.

It is playing an important role in saving lives, improving the quality of life and increasing productivity and competitiveness. For specific examples of success, see www.betterworldproject.net/, and www.federallabs.org/pdf/Federal_T2_2005.pdf.

Ed Silverman's "The trouble with tech transfer" 1 reflects a global problem and relates to some of the unintended consequences of the Bayh-Dole Act of 1980. When David Miska and I studied the results of the Act in 2004, we found that the most important problem with it was the technology transfer office. 2 This was unexpected, since the literature was awash with success stories. Others - the Hamilton Strategy Paper from the Brookings Institution 3 and Government Accountability Office 4 - have noticed the same thing.

Invention is alive and well in the US, but innovation - the successful commercialization of invention - is in steep decline. Patents continue to accumulate in tech transfer offices, and biotech clusters around Cambridge, Princeton, Research Triangle Park, and San Diego are suffering lab vacancies, unemployment, and declines in housing and real estate.

We have two suggestions:

1. Because serendipity is the main driver of innovation, we suggest a re-think of FDA guidances, which stress conformity, and of investor philosophy, which uses precedence as a surrogate for certainty. That encourages me-too products. Safety should remain an FDA concern, but university investigators and biotechs should have the freedom to explore alternative and time- and cost-effective trial designs and analysis in order to demonstrate efficacy, especially in non-standard indications. And investors should understand that innovative products, by definition, will not have a clear regulatory pathway.

2. Mining rejected manuscripts, grant proposals, and failed business ventures may represent a high-yield approach to maximizing serendipity. Innovation represents a threat to the establishment, but in a perverse way, this filter may actually help in identifying novel utility. The history of science provides repeated validation.

Bayh-Dole has performed a great service to the university-industry relationship and the nation for 25 years. But it is time for a new and improved Act - one that addresses the reversible, man-made bottlenecks that we face today. If not, we run the risk of outsourcing innovation.

The recommendations of the Nuffield Council Working Party on care for premature infants 1 are more in a long line of simplistic blanket policy statements of resuscitation by gestational age, with almost identical recommendations to those of a report from the Canadian Fetus and Newborn Committee. 2 The recommendations completely ignore the dramatic variation in outcomes that occurs between boys and girls, by predicted birthweight, and depending on place of birth and the receipt of antenatal steroids. Individualized prognostic analysis demonstrates that some infants born between 24 weeks and 24 weeks and 6 days will have a predicted survival of over 80% and others will have a predicted survival of less than 40%. Why treat these infants as if they were the same just because they happen to be born at the same week of gestation?

The report gives far too much credit to the Epicure study, which was a regional study incorporating all infants born at less than 26 weeks in the United Kingdom and Ireland. However, in that study a large proportion of infants delivered at those gestational ages did not receive active care, making the figures irrelevant to counseling a mother with threatened preterm delivery in a tertiary care center. 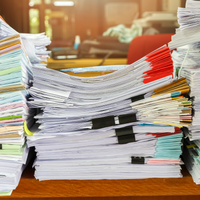