A common method for identifying RBP targets is to cross-link and immunoprecipitate the RBP-RNA complexes from cell extracts. However, says Roy Parker of the University of Colorado Boulder, a persistent problem “is how to do this on [small] specialized subsets of cells.” After all, explains Michael Rosbash of Brandeis University in Massachusetts, “one can simply not do biochemistry on tiny amounts of material.”

Rosbash and his team have thus come up with what he calls “a geneticist’s work-around.” In his team’s approach, called Targets of RNA-binding proteins Identified By Editing (TRIBE), RBPs are fused to the catalytic domain of an RNA-editing enzyme from fruit flies. The enzyme converts adenosine nucleotides into inosines, which appear as guanosines in sequencing readouts. Identifying the RBP targets, then, is a simple case of extracting and sequencing RNA and looking for aberrant Gs (Cell, 165:742-53, 2016).

NEW GAMES OF TAG: The TRIBE method for identifying RNAs that interact with ribosome-binding proteins (RBPs) fuses an RBP of interest to the catalytic domain (CD) of an RNA-editing enzyme. When the RBP-CD fusion protein binds to the RBP’s specific RNA targets, the CD converts adenine nucleotides to inosine nucleotides. Extraction and RNA sequencing thus reveals those RNAs with altered sequences.© GEORGE RETSECK

The team has successfully applied the technique to three different RBPs and has shown it to work with as few as 150 fly neurons, though Rosbash suggests it could work with even fewer. “In principle, it’s totally compatible with single cells,” he says.

Marvin Wickens of the University of Wisconsin–Madison and colleagues devised a similar technique called RNA Tagging. The method fuses RBPs to an enzyme that adds uridines to the ends of associated transcripts (Nat Methods, 12:1163-70, 2015).

RNA Tagging fuses an RBP of interest to an enzyme that attaches chains of uridines (U) to the ends of the RBP’s target RNAs. The poly-U tails are then used to identify targets during RNA sequencing.© GEORGE RETSECK

“Both [approaches] have pluses and minuses,” says Parker, who is experimenting with the two techniques in his own lab. And in the future, he suggests, it may even be possible to combine them, enabling researchers “to look at two [RBPs] at once.” 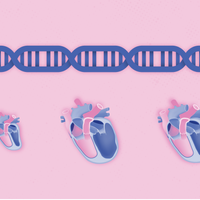