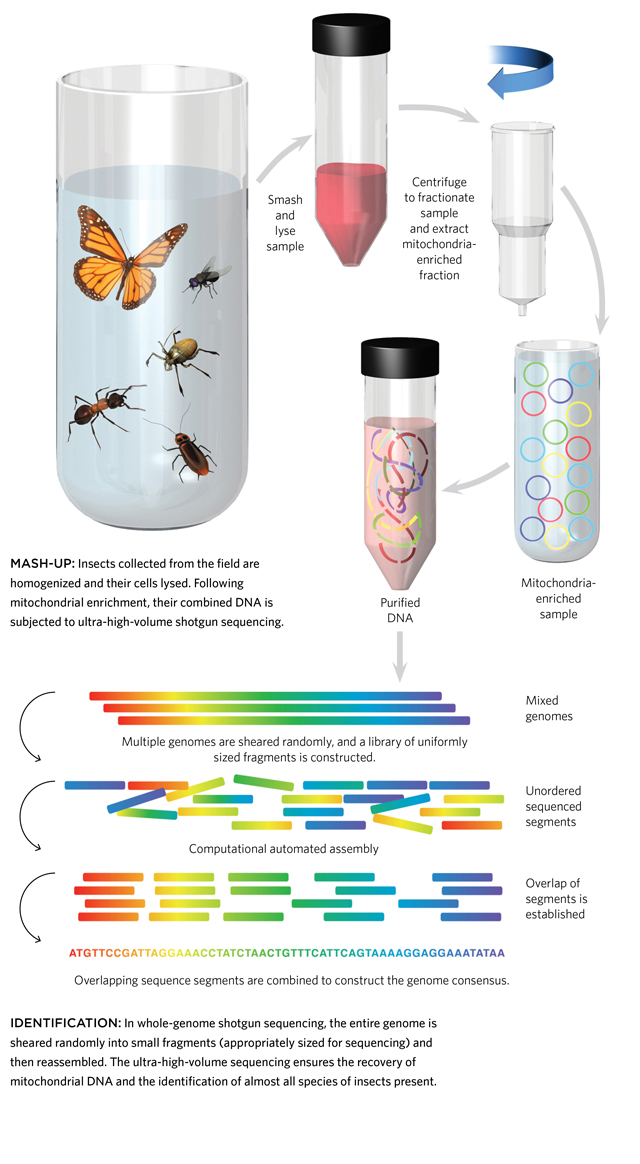 © GEORGE RETSECKIn the pregenomic era, biodiversity monitoring generally involved collecting species and identifying them by sight—a process fraught with human error. Once DNA sequencing became commonplace, however, this practice was largely replaced by DNA barcoding, which identifies species through their unique sequence differences at a particular gene. For instance, the most common barcoding gene used for identifying animals is mitochondrial cytochrome c oxidase subunit 1 (CO1).

Today, high-throughput next-generation sequencing enables the simultaneous barcoding of a mix of species, so that, for example, all insects collected in a trap can be processed at once. However, this approach requires PCR amplification of CO1, which introduces the potential for certain species to be over- or underrepresented when primers—small pieces of single-strand DNA that initiate PCR amplification—are better matched to one species’ DNA sequences than to another’s.

To avoid such bias, Xin Zhou and his colleagues at the...

Even the new approach is not trouble-free, however. “It’s a good proof of concept,” says Mehrdad Hajibabaei, a professor of integrative biology at the University of Guelph in Ontario, Canada. But the increased sequencing volume necessary to compensate for the lack of PCR increases the cost, he says. (GigaScience, 2:4, 2013; published by BGI)