AGGREGATION ASSAY: To detect clumping of a protein of interest, express it together with a synthetic transcriptional activator domain (grey). If the protein remains soluble, the reporter gene (green), which is under the control of a synthetic promoter that corresponds to the activator, will be expressed. If the proteins clump together, it will not. © GEORGE RETSECK
See full infographic: WEB

The aggregation of cellular proteins into insoluble clumps is a hallmark of many diseases, including Alzheimer’s, Parkinson’s, systemic amyloidosis, prion diseases, and type 2 diabetes. Protein agglomeration can also be a feature of normal cellular functions, such as signal transduction, synapse modification, and the regulation of RNAs during cellular stress.

Tools for studying such physiological and pathological protein aggregations, however, are limited, explains biomedical engineer Ahmad Khalil of Boston University. The principal options for researchers, he says, are either to destroy cells and analyze their innards for protein...

While this second option maintains the protein’s normal physiological surroundings, Khalil says, “inherently it is not a very high-throughput way of studying this phenomenon.”

Khalil and colleagues’ new approach, called yeast transcriptional reporting of aggregating proteins (yTRAP), allows for high-throughput analysis and doesn’t destroy cells. An aggregation-prone protein of interest is first fused to a synthetic transcriptional activator, which can drive gene expression from a synthetic promoter only when the protein is not aggregated. Linking the synthetic promoter to a fluorescent reporter allows easy identification and, if desired, sorting of cells with and without aggregates.

The team has used yTRAP to detect accumulations of prions and other proteins in yeast; to perform a high-throughput screen for aggregation-preventing mutants; and to identify cells that “remembered” an environmental stimulus (heat)—using a yeast strain engineered to express a stably aggregating prion under the control of a heat-responsive promoter.

The assay “can inform us about a very important cellular process,” says Madan Babu of the MRC Laboratory of Molecular Biology in Cambridge, U.K., who was not involved with the project. But it also “can be applied to a number of different questions,” he says. “It’s a bit of a tour de force.” (Cell, 171:966–79, 2017) 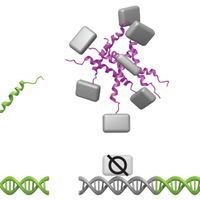 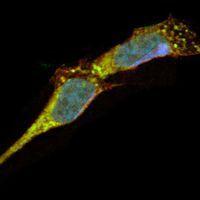