Gene editing technologies have revolutionized the field of genetics, allowing researchers to make targeted changes to the DNA of various animal and plant nuclei, animal mitochondria, plant chloroplasts, and more. Missing from this list until recently, however, was plant mitochondrial DNA. The tools for delivering the necessary editing enzymes to plant mitochondria simply hadn’t been built.

“This is an important paper—it’s the first demonstration that we can make targeted and heritable changes to mitochondrial DNA” in plants, Ian Small, a plant scientist at the University of Western Australia who was not involved in the research, writes in an email to The Scientist.

HITTING DELETE: Agrobacteria carrying a plasmid encoding a gene-specific, mitochondria-homing mitoTALEN infect cultured plant cells and deliver the genetic payload to the cells’ nuclei (1), where the DNA integrates into the genome. The encoded mitoTALEN protein is then produced and enters the mitochondria, deleting a portion of the target gene—in this case, a gene causing male sterility (2). The resulting transgenic plant can self-fertilize, producing abundant seeds (3). WEB | PDF
george retseck

Regular TALENs are composed of a DNA binding domain that can be readily engineered to recognize practically any DNA sequence, and a nuclease domain that chops up the DNA at that site, causing deletions. To target a mitochondrial gene, the team modified a plant-adapted TALEN such that it also included a mitochondrial homing signal, and engineered DNA binding domains to recognize particular genes of interest. The researchers then transferred a plasmid encoding a mitoTALEN into plants via agrobacteria—a common strategy used by plant geneticists.

Such male sterility genes, which are encoded in the maternally inherited mitochondria of certain plants, are desirable for agriculturalists wishing to produce hybrid crops that “grow faster, produce more, and are more resistant to disease,” explains Small. Thus, generally speaking, the goal is to activate such genes or introduce them into crop plants that lack them, rather than delete them, as Arimura’s team did.

While the plant mitoTALENs can’t yet deliver the “holy grail” of plant mitochondrial gene editing, this study is “an important first step,” says plant physiologist Ralph Bock of the Max Planck Institute of Molecular Plant Physiology who did not participate in the research. In the meantime, he adds, “one could use [the technology] to ask questions about the functions of mitochondrial genes.” (Nat Plants, 5:722–30, 2019) 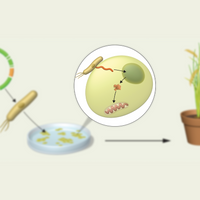 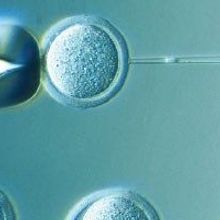 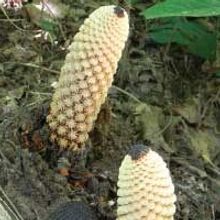