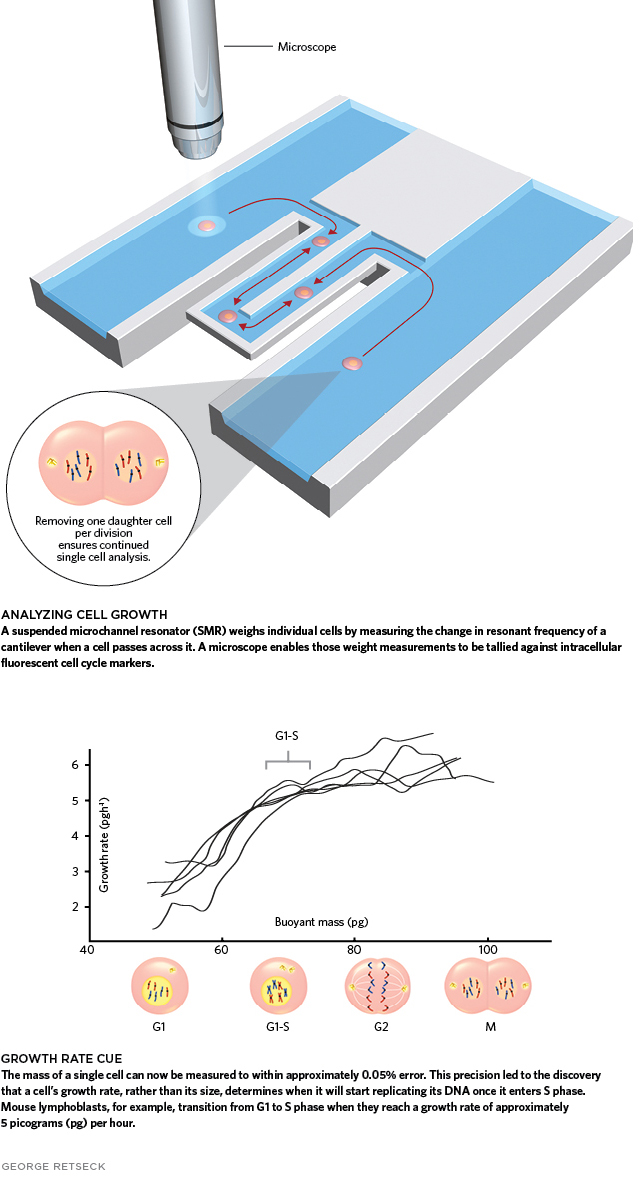 How does a cell know when to stop growing and start dividing? And how do cells in a population achieve size homeostasis? Fundamental questions such as these are tricky to answer because measurements of growth, size, and cell division are generally based on averages from cell populations, which lack precision. A newly upgraded tool from Scott Manalis’s lab at Massachusetts Institute of Technology (MIT) now allows researchers to examine these parameters in individual cells. To measure the mass of single cells, the team devised a machine in 2007 called a suspended microchannel resonator (SMR) that measures the change in resonant frequency of a cantilever when a cell is passed back and forth across it. The bigger the cell, the greater the shift in resonant frequency.

The constant back and forth took a toll, however, and a cell would only survive in the SMR for about an hour. Now the...

“This is clearly a big step up,” says Frederick Cross of Rockefeller University in New York City. “It’s a major technical improvement.”

“We can now measure the mass of a cell to within approximately 0.05% error,” says Sungmin Son, a graduate student at MIT, who helped develop the device. “It is this extraordinary precision that led us to find the unique features in growth.” Indeed, the team discovered that, rather than size, it is a cell’s growth rate that determines whether and when it starts replicating its DNA (Nat Methods, 9:910-12, 2012.)