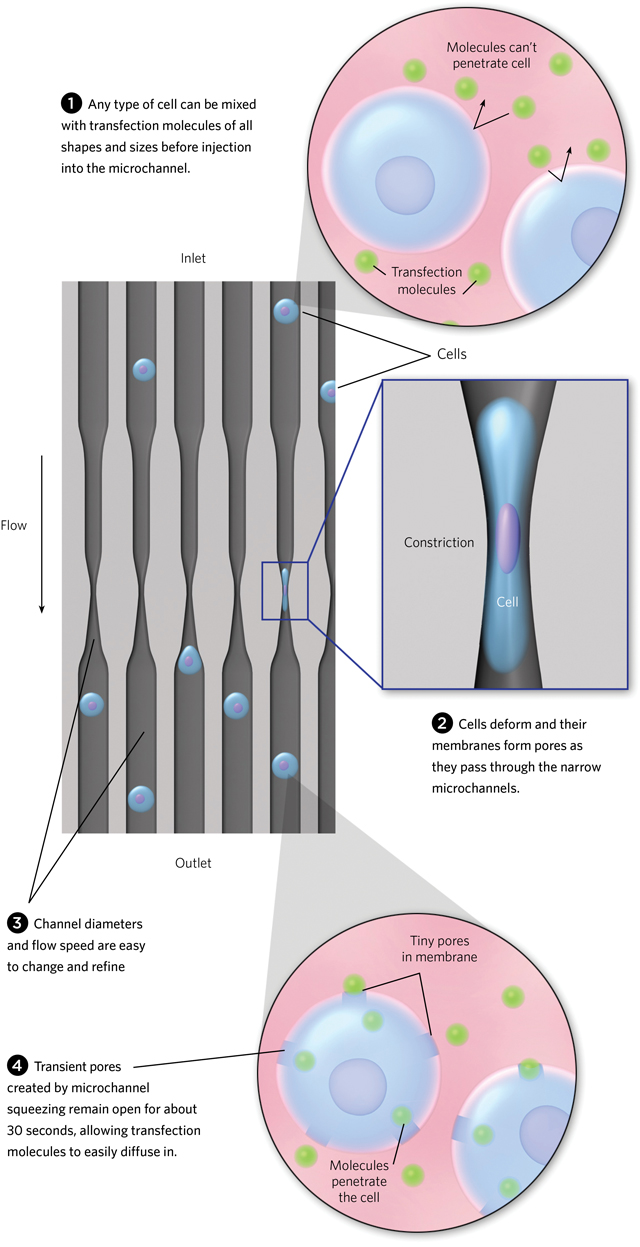 GEORGE RETSECKA wide array of transfection techniques exist for inserting particular molecules into particular cell types, but what’s needed is a more generalized approach for getting molecules of all shapes and sizes into any type of cell, says Klavs Jensen, professor of chemical engineering at the Massachusetts Institute of Technology. So he devised a method that involves sending cells through narrow microfluidic channels that cause the cells to deform, creating tiny holes in their membranes through which molecules enter by diffusion.

Unlike transfection techniques that require chemical treatments or viral vectors, techniques that rely on physical disruption of cell membranes—such as electroporation, cell shearing, and Jensen’s cell-squeezing approach—have the advantage of being suitable for clinical use. But cell squeezing has an additional benefit, says Mark Prausnitz of the Georgia Institute of Technology, who was not involved in the work.

“The real strength of this approach is that by using...

Although the most precisely controllable technique is microinjection, in which molecules are directly injected into individual cells, “it’s so slow,” says Jensen. His cell-squeezing microchannels are capable of transfecting approximately 1 million cells in just under a minute—before the channels become clogged, he explains.